I finally watched STILL ALICE with Juliane Moore on Netflix. I was sitting in my deceased father's red leather chair in my bedroom, and my 8 year old, adopted nephew-to-be, from Indonesia, was sitting on the huge, king size bed, playing with his iPad.

I had heard that Ms Moore's performance, which won an Academy Award for her, was spectacular, but that the movie was only so-so. In fact, I had been warned not to watch it just the day before by a German artiste who absolutely hated it.

Nevertheless, I watched it and... I was completely captivated from the start. Sure, it was a tragedy, a dark and sad descent from intelligence and acute conscious awareness into the total loss of memory and self.... but it was so accurately and compellingly done. The arc of the story was so truly believable, so inevitable, that it moved me deeply. I deeply empathized with the family, the character, her shattering loss, her quick deterioration, her immense anger. It struck so a true chord for me about the human condition, how little control we have over our own lives, no matter how many gifts we've been given.

I was devastated by the end of the film, the final white frame, the white limbo of Alzheimer's that the character metaphorically disappears into. How could I even move or get up or hear another sound that would interrupt my empathy and despair?

Then I looked over at my nephew, Exsel, and I saw him playing so innocently with his tablet, having no idea whatsoever what I was feeling or going through. Life was simple and direct for him. Life was all in front of him. He would never know the despair of my sitting watching this movie about a character's descent into nothingness and death.

Sure, he would have his own challenges, disappointments, and despairs, maybe even one over losing me while he was still relatively young in years, but right now he was... simply present... whole... alive. In the same room as his uncle from a different culture and different planet, but he was... "well", for lack of a better word. 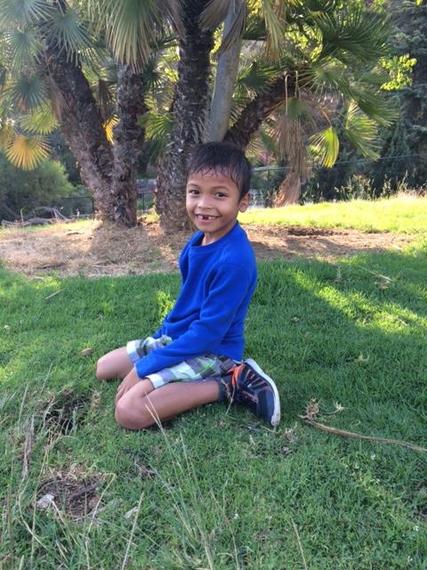 And Alice was lost and her family was sad & devastated and I was entirely consumed by empathy... and my nephew's simple, youthful "wellness"... allowed me to come out of my despair. Because I had to focus on him. Attend to him. Play with him.

Soon I was throwing him wildly on the bed, cooking him noodles, showering him, putting on a movie that HE wanted to see, watching him laugh, laugh, laugh.

Life wasn't about ME, my feelings, my despair, my empathy; or even about STILL ALICE or the as yet-incurable disease of Alzheimer's. It was about my nephew, Exsel, and his needs, his future, and how I might help and contribute.

And travel the world with his "e-travels with. e. trules" blog: http://www.etravelswithetrules.com/blog