Today we witnessed another skirmish in the real "War on Christmas". As Christians all over the world celebrate the final weekend of Advent and prepare for Christmas in just one week, the U.S. Senate once more dashed the hopes of almost 2 million children and young adults, many of whom have lived in the United States all their lives. The Development, Relief and Education for Alien Minors (DREAM) Act failed to pass a procedural vote today in the Senate. First introduced in Aug. 2001, the DREAM Act would allow the children of undocumented immigrants a path to legal residency by either going to college or enlisting in the military. 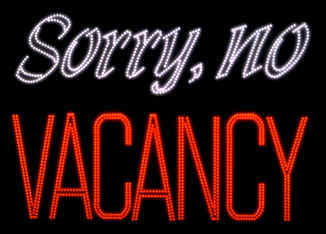 As the media prattles on about the so-called "War on Christmas" -- an ideological battle over terminology, at best -- people's lives hang in the balance. Actions speak louder than words. One way Christians can protect the place of Christmas in our society -- indeed, the credibility of Christianity more generally -- is by acting in harmony with its core principles: grace, welcome and hospitality.

But today there was no hospitality, no grace. I have no interest in the universal observance of Christmas in our religiously plural society, but for those who have placed their faith in Jesus, (and I assume some of our dissenting Senators are among them) Christmas took another blow. Those most concerned about preserving Christmas in our culture may want to take notice. Five Democratic Senators joined all but three Republicans in denying children brought to this country by their parents the chance to become legal residents by continuing their education or serving their new country in the military. This is as American as apple pie.

It is more than a little ironic that Jesus, within days of his birth, found himself immigrating to Egypt with his family to escape the tyranny of King Herod the Great who ordered the execution of all male children in Judea. Had he grown up in similar circumstances in our country, Jesus would have been the perfect candidate for the DREAM Act. Many of the children who come to this country without proper documentation, come for the same reason people have always come to the United States and for the same reasons Jesus fled to Egypt -- to escape poverty or physical danger (or both) and to seek better opportunities for themselves and their children. But it seems this Congress would sooner deport children in the name of securing our borders than give them a chance to contribute more effectively to the U.S. economy and a chance at the American Dream.

So this next week, as at least some of the 41 Senators who voted against the DREAM Act sing songs celebrating the birth of Jesus and shower one another with gifts they might bear in mind that Jesus lived and died for precisely the people who would most benefit from legislation like the DREAM Act. In fact, Jesus was one of those immigrant kids himself. Perhaps in the Christmas celebrations this week some might stumble across these words, recorded by Luke, on the lips of the Virgin Mary while pregnant with Jesus,

He has brought down rulers from their thrones
but has lifted up the humble.
He has filled the hungry with good things
but has sent the rich away empty (Luke 1:52-53).

Meanwhile we will have to admit that in the United States of America there is still no room in the inn for folks like Jesus.