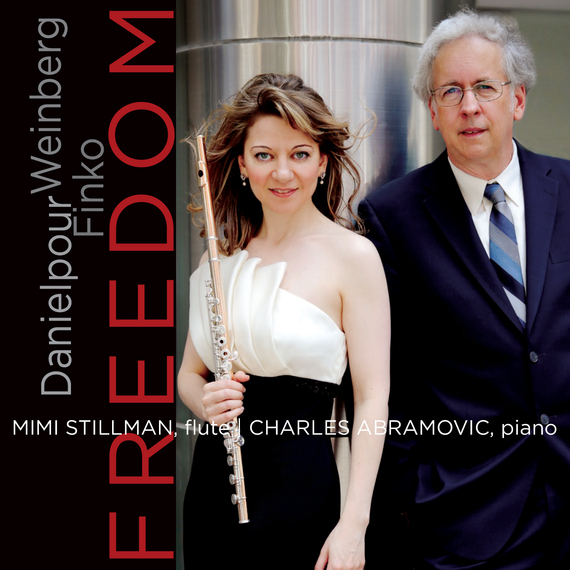 Flutist Mimi Stillman was training at the prestigious Curtis Institute of Music when she started performing informal concerts with her music colleagues at the University of Pennsylvania, where she was concurrently a history major. The informal concerts were so well attended they were too big for the intimate space that Penn had provided.

After graduating, Stillman embarked on a successful concert career that was taking her around the world, but she missed performing in those intimate chamber settings, so in 2005 Stillman established Dolce Suono Ensemble, now considered as one of the most dynamic chamber groups in the US.

The soloist now divides her time as in-demand concert soloist and artistic director and musician in Dolce Suono. "After Curtis, I was on the roster of Young Concert artists' (check quote) circuit and traveling a lot, with great representation." Stillman and her mother Ronnie Gordon (DSE's board chairwoman) talked about the goals of DSE in their home in the Fairmount section of Philadelphia. "When my mom suggested that I start an ensemble, I didn't think it would grow as much as it has," Mimi said.

DSE has covered a lot of musical ground in a decade, have recorded six albums. Stillman is a champion of new music and has commissioned over 40 new works. Her regular pool of musicians/collaborators are among the new generation of musicians building new audiences- with classic repertoire, contemporary orchestral music and crossover genres.

As technically precise as the ensemble is, there is also moments, Stillman notes, when "we are all improvising. Gabriel is our go to percussionist and arranger. He's a Curtis grad, with such rigorous classical training, but also so much experience in jazz and world (music). And Charles knows what I'm going to do before I do it." That performance immediacy gives Dolce Suono's concerts a rigorous energy that connects with audiences.

Stillman and Abramovic, the core players of DSE, have been performing together for 14 years, their stellar artistic clarity and chemistry is palpable onstage and is vividly captured on their recent recording "Freedom" (recorded in Gould Hall) a collection of flute and piano pieces.

"As a flute soloist my repertoire is much smaller than piano and violin, so I am always looking for new music," Stillman said. The curatorial flavor that Stillman has in her concerts is in part due to her history major background and her natural curiosity as a musician. "Freedom" was inspired by the life and world of Mieczyslaw Weinberg, a Polish -Soviet composer whose family was killed in the Holocaust and whose work was banned. "Weinberg was one of the victims of the Stalinist 'anti-formalist' purge, luckily he survived, but his music was repressed at the time."

"I was at the Holocaust Memorial Museum in Washington, when I was there researching for a concert about Holocaust related music in 2011. The musicologist there Bret Werb asked me if I'd like to see a facsimile of music by Weinberg that had been recovered in Moscow. I was so moved by the piece. Then to have the opportunity to reintroduce it, because we don't think it was played after 1948."

Philadelphia Orchestra cellist Yumi Kendall joins Stillman and Abramovic on Freedom for Richard Danielpour's "Remembering Neda" for flute, piano and cello. Danielpour composed the piece during the 2009 Green Revolution in Iran in memory of a young woman who was shot and killed during a protest in Tehran.

Stillman says that the music on the recording "expresses the themes of what the artists have gone through just as human beings under these totalitarian regimes," Stillman added, "you can connect with a piece of music, intellectually and emotionally, even if you don't know the story behind it. But then when you do know, it enriches the experience and understanding."

In addition to preparing programming for Dolce Suono's upcoming season, Stillman is about to go into the studio to record a new works by Pulitzer Prize winning composer Jennifer Higdon. She will also be spending the summer composing her cadenzas for two Mozart concerts for her upcoming soloist appearances with symphony orchestras. This will be her first attempt at long form cadenza and she admits that, considering it is Mozart, that much more daunting, but is looking forward to the challenge. Stay tuned.

for information on Dolce Suono Ensemble's 2016/17 season go to http://dolcesuono.com