Progressive groups -- and most leading economists -- say the problem with the stimulus was that it didn't do enough, because it wasn't nearly as big as it should have been.

Lost amid those arguments is what exactly the American Recovery and Reinvestment Act did accomplish -- which, by comparison to almost anything except the massive output gap it was supposed to fill, is a lot.

On Tuesday, the nonpartisan Congressional Budget Office estimated that the act added from 1.4 million to 3.3 million jobs during the second quarter of 2010.

In addition to $288 billion in tax cuts, the Recovery Act funded all sorts of worthy projects that created jobs, backstopped a number of safety-net programs, and made huge investments in infrastructure, energy independence, mass transit and other public goods.

Here are 11 projects that got stimulus money. Do you think they deserved your tax money?

PHOTO GALLERY
The Best Effects Of The Stimulus

(With research assistance by Jeremy Binckes.) 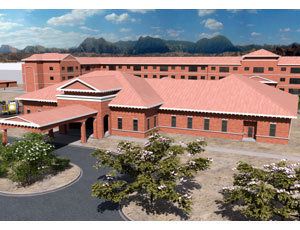 1 / 11
Helping Wounded Warriors
The Defense Department is using $100 million in Recovery Act funds to construct two complexes for the Warrior Transition program, which helps ill and injured soldiers recover and return to duty or to their communities. One of the two stimulus-funded projects is in <a href="http://www.usace.army.mil/CEPA/EngineerUpdate/archive/2009/05/01/first-recovery-act-funding-in-usace-military-construction-goes-to-warriors-in-transition-complex-at-fort-bliss.aspx" target="_hplink">Fort Bliss</a>, Texas. The $41-million project includes design and construction of a barracks, an administrative building, and a "Soldier and Family Assistance Center."