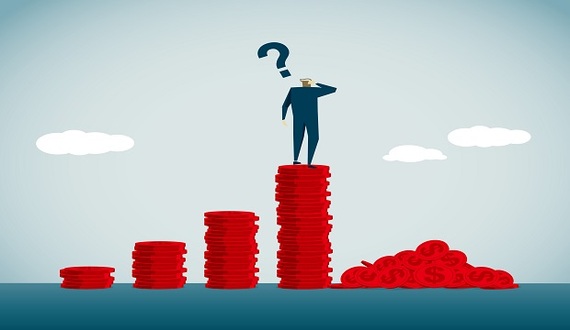 Does this mean we are in a Bear Market? Not quite yet. The market has to decline more than 15% for at least six months before it changes direction. Your savings account may not show it, but we are experiencing a correction and not a Bear Market.

The data also show that it is important to stay invested. If you bail out during market declines there is a high probability you will miss the inevitable gains that occur after temporary stock market declines that may last for a year or two.

We know the market goes up and down based on economic news that creates uncertainty for the earnings of companies. The most recent correction is caused by China's slowing growth rate and the rapid decline in the price of oil. No one expects China to turn around its economy any time soon, which also contributes to an increasing oil glut.

Corrections are temporary. Markets go up and down, but throughout history the market has always hit new highs after suffering market declines.

This is why your financial adviser is telling you to stay invested. Right now you have suffered an unrealized paper loss on your investments. You book the loss as soon as you sell the asset.

Your best course is rational investing that requires a modest amount of discipline. Do not let emotion drive your financial decisions. If you do you will have less money in the future when you get out late and get back in late.

A lot of market movement occurs during short time periods.

Trust the long-term history of the stock market.

About the Author: Jack Waymire has worked in the financial services industry for 28 years. For 21 years he was the president and chief investment officer of a registered investment advisory firm with more than 50,000 clients. He left the industry in 2003 when his book (Who's Watching Your Money?) was published by John Wiley. That same year he launched an investor information website (www.PaladinRegistry.com) that was based on the principles in his book. Jack is a columnist for Worth magazine, a frequent blogger on major financial sites, and widely quoted in the media including the Wall Street Journal, Forbes, BusinessWeek, Bloomberg, and Kiplinger. Follow Jack on Twitter @PaladinRegistry