As The Local is reporting, activists gave a pedestrian crossing outside of the Russian embassy in Stockholm a rainbow makeover in protest of Russia's so-called "gay propaganda" laws that have sparked an international debate over participation in the forthcoming 2014 Winter Olympics in Sochi.

Check out a photo of the new rainbow-colored pedestrian crossing, then scroll down to keep reading: 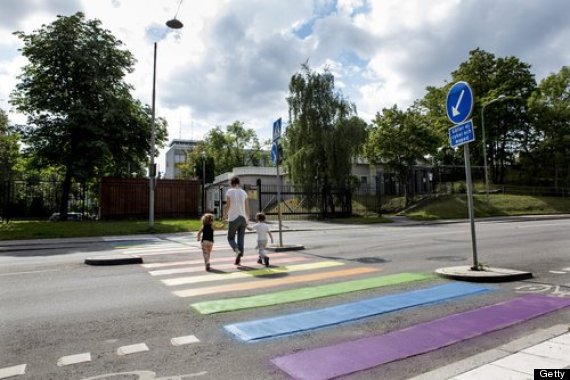 Local police officers were not too pleased by the incident, and say it will "probably be classified as vandalism or a violation of traffic regulations."

"Protesting is one thing, it has to be done. But this is wrong even if the objective is something else," Ulf Lindgren of Stockholm police is quoted as saying. "There's a risk it can create danger for those using the crossing as they should look a certain way."

Interestingly, Australian LGBT protesters echoed the same sentiments as their Swedish counterparts by chalking sidewalks in rainbow colors and raising a gay pride flag outside of the Russian embassy in Sydney.

"People were reporting where to get chalk because of the volatility in supply over the weekend; the variety stores ran out of chalk and were quite perplexed as to why chalk was in such demand," organizer James Brechney told news.com.au. "But we do expect chalk supplies to replenish during the week.” 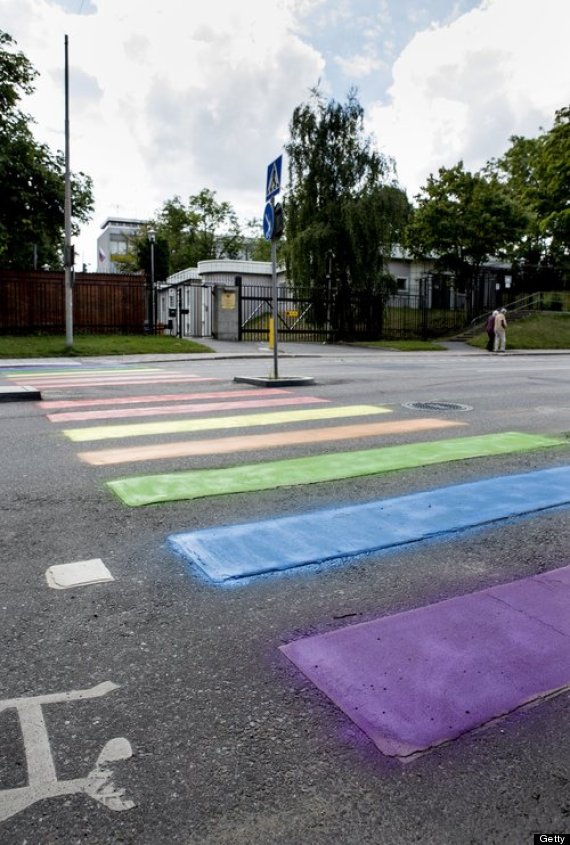