Stockholm, Sweden is the stuff of fairy tales. The Scandinavian city is incredibly welcoming and intriguing for kids to explore. Ghost ships, "Frozen" sisters and Nobel stories all inspire children's imaginations but little do people realize that the nuggets for many of these creative ideas come from Sweden. 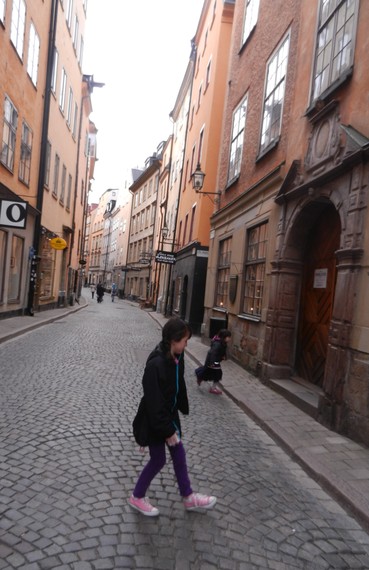 Nobel Museum- What is most surprising about the Nobel Museum is that it's actually a spectacularly interactive children's museum. Of course, it's also fascinating as an homage to geniuses and their pathways to their Nobel Prize. Within the children's area is the Bubble Chamber, adorned in a restive black décor, giving you the illusion you've stepped into the deep recesses of your own brain. Each of the Nobel Prize categories -- Medicine, Peace, Economics, Literature, Physics and Chemistry -- gets a column with three exploratory drawers leveled at the height of the appropriate age range. For little ones, the economics category offers coloring pages with math equations as a color key. For the older ones, they get to play a video game to guess how many ice cream cones will buy a teddy bear. These exercises demonstrate how a Nobel Prize in economics informs your everyday life. Some say that it takes about 30 to 40 years for academic work to make its way to practical, everyday uses. 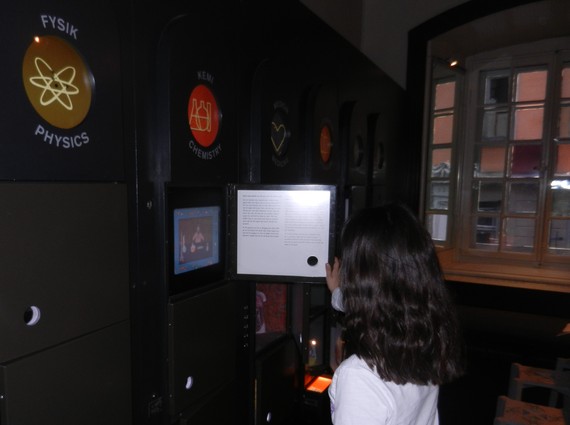 The children's trail map is titled "The Road to My Own Nobel Prize," reinforcing their self-esteem that anything is possible. When the kids complete their tasks, they win a giant chocolate coin shaped like the real Nobel Prize. What's cool is it's the same chocolate coin that the Nobel Prize winners get along with their actual 18-carat-gold medal prizes. One of the displays shows Nobel laureates as children, making the point that geniuses were children at one point. White-curtained hallways display talking digital portraits like the hallway of the Hogwarts castle. For more information, go to Nobel Museum.

Royal Palace- With this year's Swedish Royal Wedding taking place, the Royal Palace compound is about to gain a bigger role in the global limelight. Inside the Royal Palace compound, you can roam the lavish hallways lit up with extravagant chandeliers and plush furniture. The Royal Chapel, decorated in majestic ivory marbles and gold statues, is where the ceremony between Prince Carl Philip and Sophia Hellqvist takes place. Every day, the changing of the guards takes place with a free one-hour outdoor marching band concert, quite lively for the kids. For more information, go to Royal Palace. 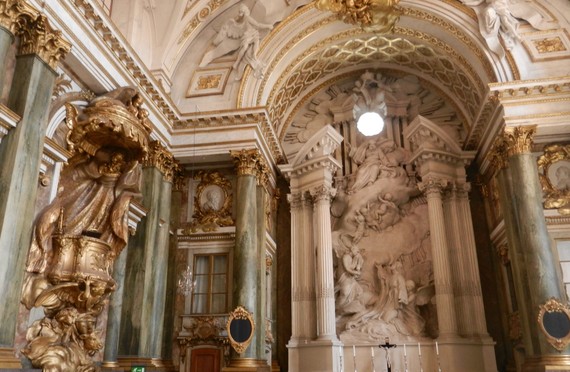 IceBar - It's the first ice bar in the world and most things inside a cozy room, including the glasses, are completely frozen. My girls donned furry capes with furry hoods, just like Elsa and Anna wore in Frozen. To enter, you must go through an airlock chamber to maintain the -7 degree Celsius temperatures. The cubed seats are made out of giant ice cubes. The glasses from which you can sip anything from lingonberry juice to vodka are frozen hollow rectangular cubes. In case you think it's just for grown-ups, the IceBar opens up during Swedish school holidays for kids to indulge in milkshakes. The water comes from a river up north and gets recycled every year where the ice in the room is brought back to the river and fresh water is brought back down to central Stockholm. For more information, go to Ice Bar. 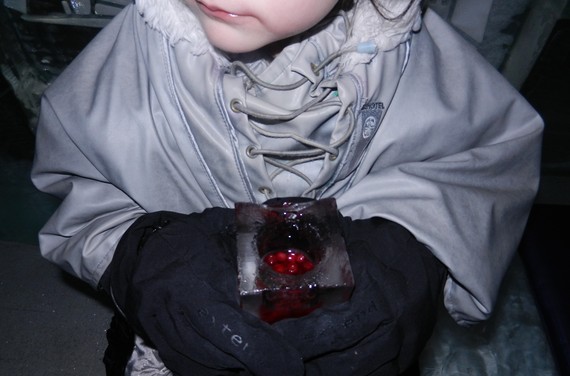 ABBA the Museum - For a bit of hokey music fun, the Swedish version of a rock-n-roll museum is the tribute to the four-person band that inspired the Mamma Mia musical and movie. There you get to make a recording of an ABBA song and gather your courage to go up on stage to groove with holographic images with the rest of the cult band. For more information, go to ABBA the Museum.

Vasa Museum - A museum centered around a 17th-century ship that sank after a few minutes in the water in 1628. It seriously looks like an eerie ghost ship that looks like it came straight out of the Pirates of the Caribbean film set. It was so well preserved that it was practically completely intact when it was raised from the Stockholm Harbour in the 1960s. You can even take a close look at the skeletons that were found on board. Many of the skeletons have stories drawn from forensic evidence like childhood bone fractures and malnutrition. For more information, go to the Vasa Museum 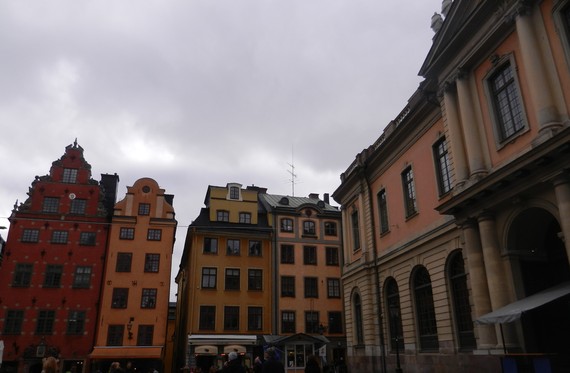 For Game of Thrones fans, there's a piece of Swedish history which could have inspired the infamous wedding banquet massacre. Called the Stockholm Bloodbath, more than 80 noblemen were lined up around the city square outside the Nobel Museum, and beheaded one by one, a gruesome process that stretched over days, as the executioner's blade got duller and duller and the executioner got drunker and drunker.

The Stockholm Card not only allows you into various museums and attractions, but you can also hop onto many forms of public transportation such as trams, subways, buses and ferries. The Stockholm Archipelago consists of 30,000 islands, islets and rocks so the city's neighborhoods are intersected by waterways. The local Stromma excursion company offers hop-on, hop-off buses, as well as hop-on, hop-off boats to take you around Stockholm. You can also venture out to the outlying areas for dinner boat cruises around the islands. For more information, go to Stromma.se. 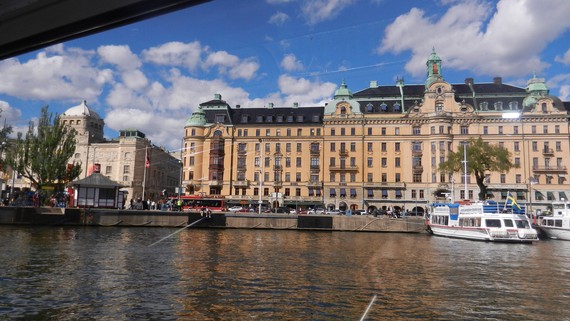 More:
Game of ThronesswedenstockholmabbaNobel Prize
Newsletter Sign Up
An essential daily guide to achieving the good life
Subscribe to our lifestyle email.
Successfully Subscribed!
Realness delivered to your inbox