SAN FRANCISCO, June 28 (Reuters) - Stockton, California, became the largest city to file for bankruptcy in U.S. history on Thursday after years of fiscal mismanagement and a housing market crash left it unable to pay its workers, pensioners and bondholders.

The filing by the city of 300,000 people followed three months of confidential talks with its creditors aimed at averting bankruptcy.

"We are now a Chapter 9 debtor," Marc Levinson, the lawyer who filed the city's voluntary petition in the Eastern District of California, in Sacramento (Case 12-32118) told Reuters.

Pleadings in support of Stockton's eligibility for Chapter 9 bankruptcy will be filed on Friday, Levinson said.

Stockton, which officially declared insolvency and its desire to restructure its debt, also filed a separate list of its major unsecured creditors.

Wells Fargo Bank NA is listed as the trustee for the investors.

"We are extremely disappointed that we have been unable to avoid bankruptcy," Mayor Ann Johnston said in a statement. "This is what we must do to get our fiscal house in order and protect the safety and welfare of our citizens."

Negotiations with creditors ended on Monday with Stockton failing to win enough concessions to help close its b udget s hortfall for the fiscal year starting on July 1. The city will also file a motion to request permission to share information from the confidential mediation process.

HEALTHCARE TO BE PHASED OUT, PENSIONS UNCHANGED

The Chapter 9 bankruptcy filing, a rare event for U.S. municipal debt issuers, was left as the only option to close a deficit of $26 million in Stockton's budget for its the new fiscal year, according to city officials.

The budget approved on Tuesday by Stockton's city council suspends $10.2 million in debt payments and cuts employee compensation and retiree benefits by $11.2 million to help close the deficit.

About $7 million in savings would come from cutting retiree medical benefits for one year.

While the retiree medical benefits will eventually be eliminated, Stockton plans to leave its public pensions unchanged while in bankruptcy proceedings. Attempts to pare them would invite long and expensive challenges.

City Manager Bob Deis said he was out of options to balance the city's budget after deep cuts in recent years to Stockton's work force. City leaders rejected further cuts to the police department as Stockton is experiencing a surge in violent crime.

The city will maintain current levels of public services, although at the cost of Stockton shedding its retiree medical program and defaulting on more of its bonds, Deis told Reuters.

Stockton has already defaulted on about $2 million in debt since February, allowing the trustee for one of its bond insurers to seize a building once slated to be its future city hall and three parking garages.

"We need to spread the pain. What's left are creditors, our bondholders and retirees," Deis said.

Stockton has suffered a sharp drop in revenue since the collapse of its once red-hot housing market, forcing it to cut more than $90 million in spending in recent years.

The housing boom transformed the farming city into a distant bedroom community of the San Francisco Bay area, and the bust put it at, or near, the top of national foreclosure rankings in recent years.

Stockton becomes the nation's most populous city to file for Chapter 9 bankruptcy. But Jefferson County, Alabama, remains the biggest municipal bankruptcy in terms of debt outstanding, as it had a debt load exceeding $4 billion when it filed in 2011. Stockton has about $700 million in bond debt.

Standard & Poor's Ratings Services downgraded Stockton to default from selective default on Wednesday, citing the city's move toward bankruptcy and expectations that it will not substantially pay all of its obligations as they come due.

Moody's Investors Service on Wednesday cut to 'Caa3' various general fund-supported debts of the city, putting the ratings in the "substantial risk" category, one notch above the "may be in default, extremely speculative" grouping. Moody's said its move was based on Stockton's bankruptcy budget.

Cities across the country have been grappling with crippling deficits -- here are some of the weirdest budget cuts we've seen: 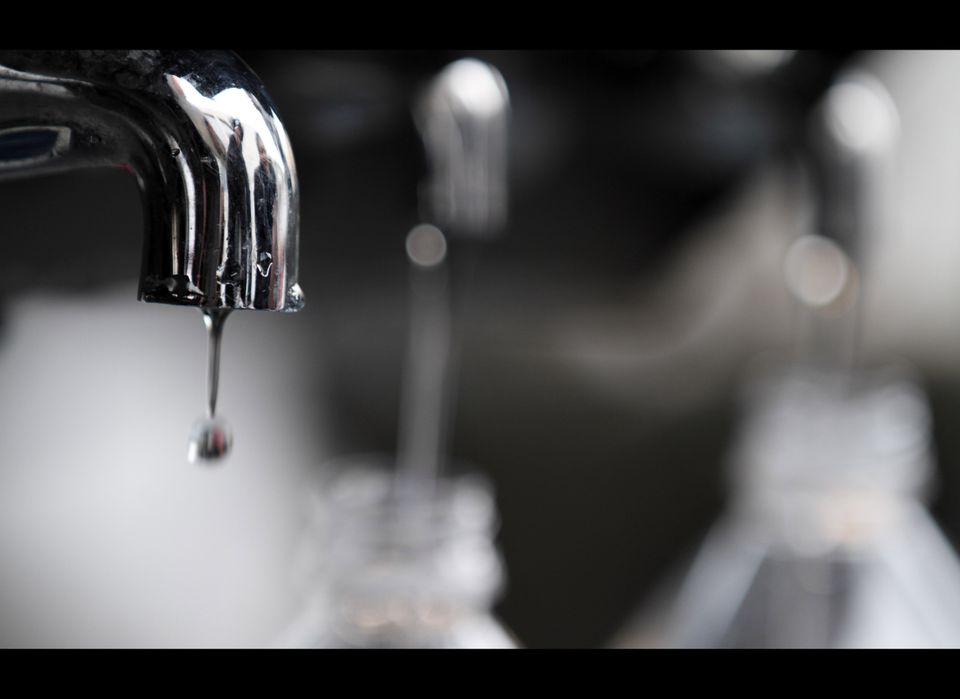