During the whole year more than 300 Boris Nemtsov's portraits were stolen from the Bolshoy Moskvoretsky Bridge where Russian politician Boris Nemtsov was shot dead in the evening of February 27.

Many people now call the site Nemtsov Bridge. The portraits were being shown to the public for the first time here, at this Nemtsov bridge.

This street exhibition on the Nemtsov bridge was opened the 28 March 2015 spontaneously - some people have printed Nemtsov portraits created by me, Lena Hades, during my art marathon in memory of Boris Nemtsov. These opposition activists have taken some copies of Nemtsov's portraits and pasted them to the Nemtsov bridge. 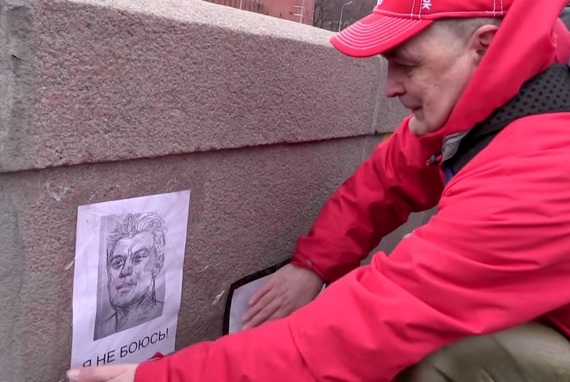 A bit later I began to bring my Nemtsov's portraits by myself to decorate the Memorial.
These portraits brought by me were not copies but graphic works and they became Memorial's face as people say. 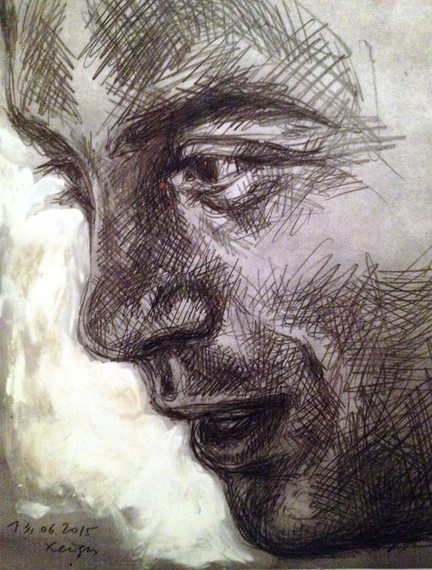 The first 200 portraits were kidnapped in March and April. They were small art works on paper of two standard sizes - 8x12 inches and 12x16 inches. 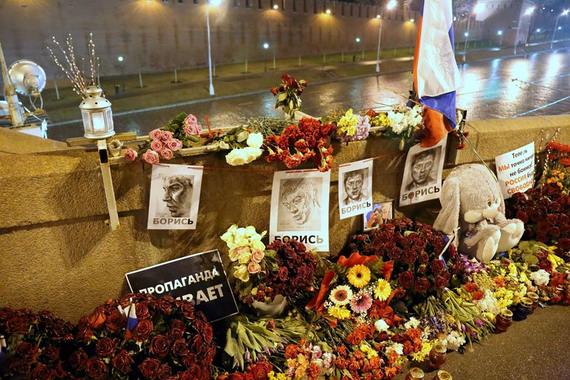 Who was the portrait thief? More often my portraits were kidnapped by employees of the Gormost (the city corporation that maintains the bridges) "cleaning of the bridge from dirt" as they said. They destroyed not only my portraits, but also they threw the candles and Russian flags into trash bags. As well the artworks were stolen by some men in black camouflage during their night attacks and by pro-Kremlin group SERB daytime. 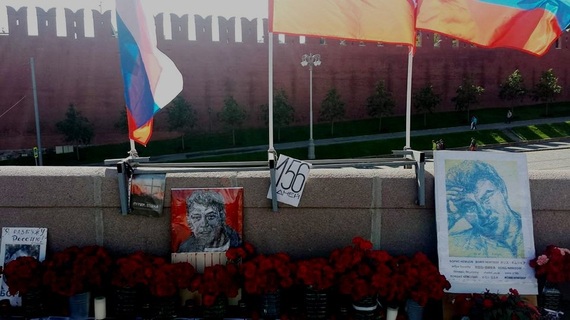 Despite this all my Nemtsov's portraits on the Memorial were stolen and thrown away... 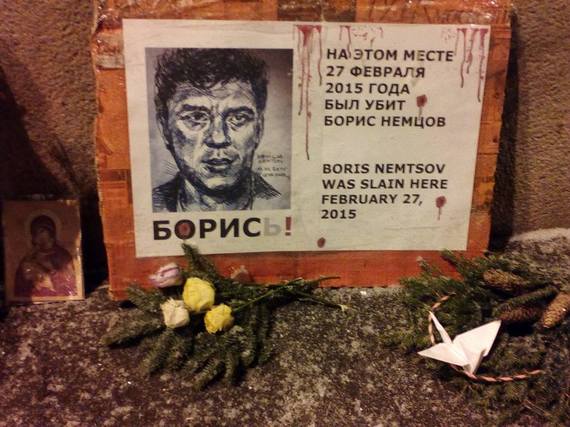 The defenders of the Nemtsov Bridge and me, the artist Lena Hades, reported crimes to the police and made some statements but the reply of the police was as always: "Refuse to initiate criminal proceedings"! 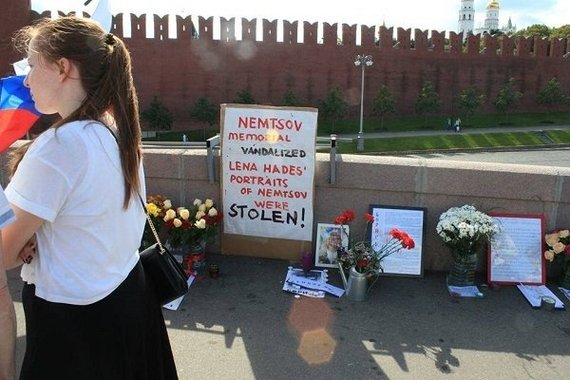 But no matter what happens the defenders of Nemtsov Bridge always say they will not give up. I want to say the same - i won't give up!. I decided to start my new art project entitled ABYSS devoted to the artists and intellectuals who were killed during Stalin's Great Purge. I would like to attract attention to the theme of violence of totalitarian regimes. 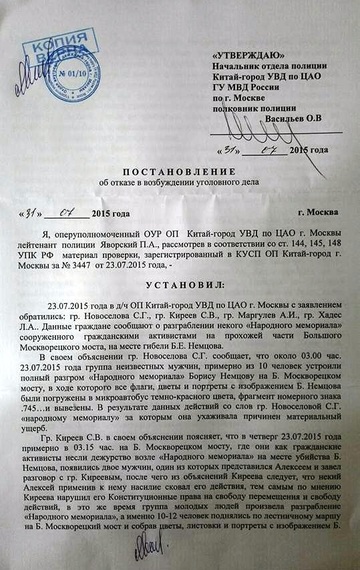