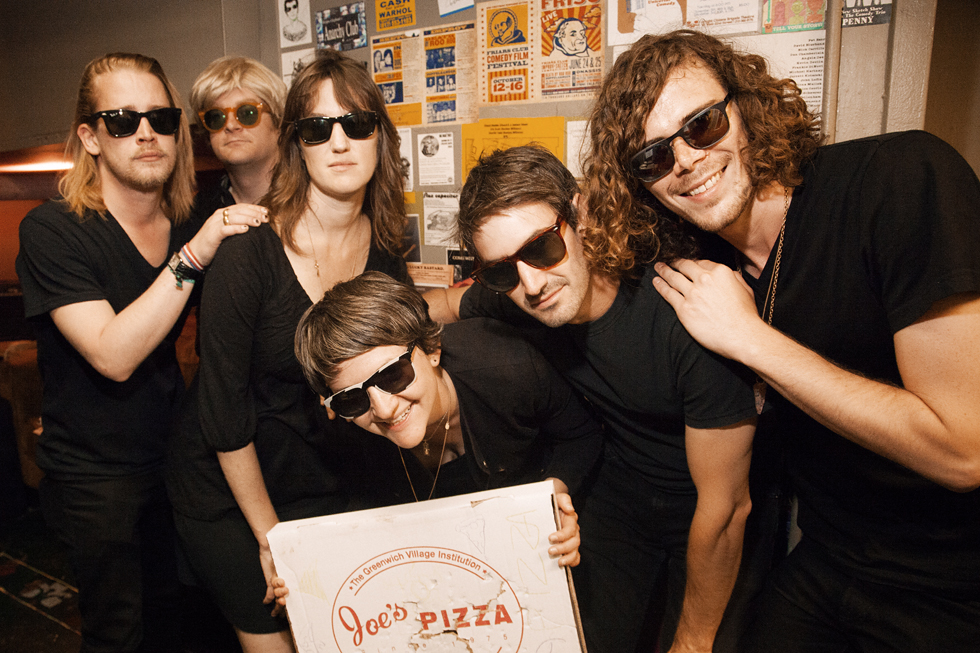 Who:
The Pizza Underground
Where:
Upright Citizens Brigade Theatre, 307 W 26th St, New York, NY
When:
May 12, 2014
What:
The Pizza Underground after performing on the All Music Edition of Whiplash. More photos from the show are here, with Leo Allen, Dave Hill, Andy Blitz, Eliot Glazer, Corn Mo, and MC Paul Barman.