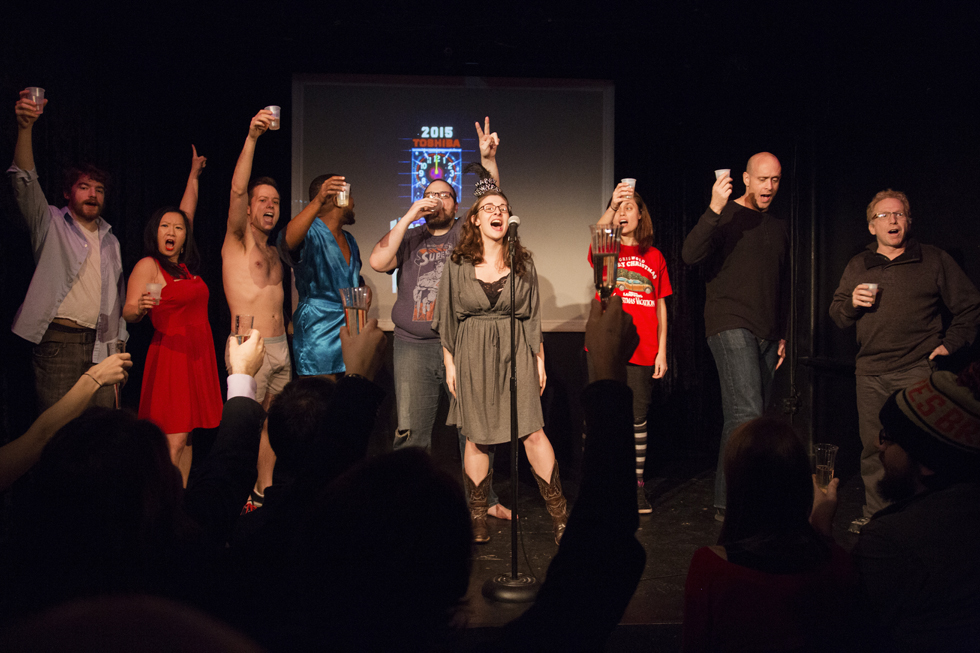 Who:
Hosts Andy Ofiesh and Kaytlin Bailey with The Naked Comedy Show Comedians
Where:
The Creek and The Cave, 10-93 Jackson Avenue, Long Island City, NY
When:
January 1, 2015
What:
The Naked Comedy show rang in 2015 to a packed house. More photos from New Year's Eve at The Creek are here.