Modern researchers have puzzled for centuries over the striking stone construction known as Stonehenge. But now researchers have discovered new aspects of the site, including a processional road, that may eventually help unravel some of its mysteries.

There are many theories about why ancient peoples constructed the prehistoric megalithic monument, which is estimated to have been built between 3000 and 1520 B.C. Located outside Salisbury, England, Stonehenge is the focus of ongoing research projects coordinated by English Heritage, a cultural preservation agency.

One of those projects recently uncovered previously hidden sections of an ancient pathway that researchers believe led directly to the site from the Avon River in the nearby town of Amesbury.

Known as the Avenue, the pathway is believed to have been built sometime between 2600 and 2200 B.C., according to English Heritage. Over time, parts of the road were obscured, and a modern road called A344 was built across it, reports LiveScience. The new road has made it almost impossible for researchers to confirm the purpose of the Avenue, according to LiveScience.

In an effort to answer some of these questions, researchers carefully began removing the paved A344. While the banks of the original path had long since eroded away, archaeologists were excited to find traces of two parallel ditches that once ran on either side of the path. These ditches connected segments of the Avenue bisected by A344.

“And here we have it –- the missing piece in the jigsaw," Heather Sebire, properties curator and archaeologist at English Heritage, said in an interview with BBC History Magazine. "It is very exciting to find a piece of physical evidence that officially makes the connection which we were hoping for."

While the purpose of the Avenue is not exactly clear, Sebire told LiveScience she believes it was involved in ancient processions to and from the site.

“It was constructed in 2300 BC so is a later addition to the stone circle, but people would have processed along it to the monument," Sebire told BBC Magazine. “It’s quite a dramatic finding.”

At least one researcher unaffiliated with English Heritage believes the excavation could help confirm a theory that the Avenue leading to Stonehenge was built along the solstice axis. As archaeologist Mike Parker Pearson told National Geographic, this means that the direction of the Avenue moving away from the monument points toward where the sun rises on the midsummer solstice, the longest day of the year. But if you turn, the path leading back toward Stonehenge points toward where the sun sets on the midwinter solstice, the shortest day of the year. 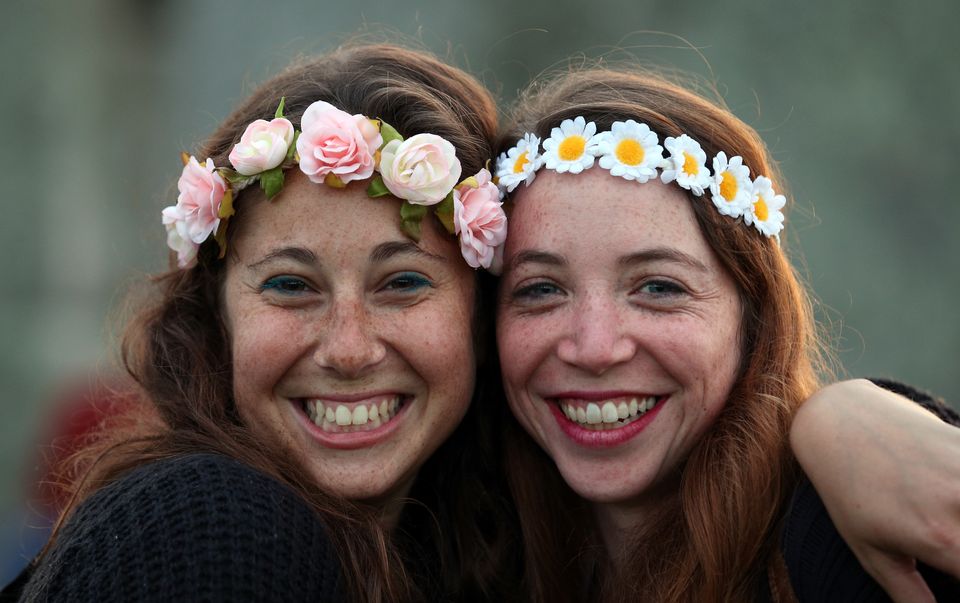 1 / 40
Thousands Gather To Celebrate Summer Solstice At Stonehenge
AMESBURY, ENGLAND - JUNE 20: Jessica Matla and Mica Sviddo pose for a photograph as they wait for the arrival of the midsummer dawn at the megalithic monument of Stonehenge on June 20, 2013 near Amesbury, England. Despite cloudy skies, thousands of revellers gathered at the 5,000 year old stone circle in Wiltshire to see the sunrise on the Summer Solstice dawn. The solstice sunrise marks the longest day of the year in the Northern Hemisphere. (Photo by Matt Cardy/Getty Images)
Getty Images