It's been 45 years since the historic Stonewall Riots, but their significance and impact are still as relevant today as ever before.

In honor of this monumental anniversary, the Arcus Foundation and the Greenwich Village Society for Historic Preservation have organized "Stonewall 45: Windows Into LGBT History," a walking exhibition in New York's Greenwich Village where the modern-day LGBT revolution first began.

The exhibition consists of 26 posters displayed in various storefronts along Christopher Street that document and tell the story of the Stonewall riots and the early days of the movements for queer rights. 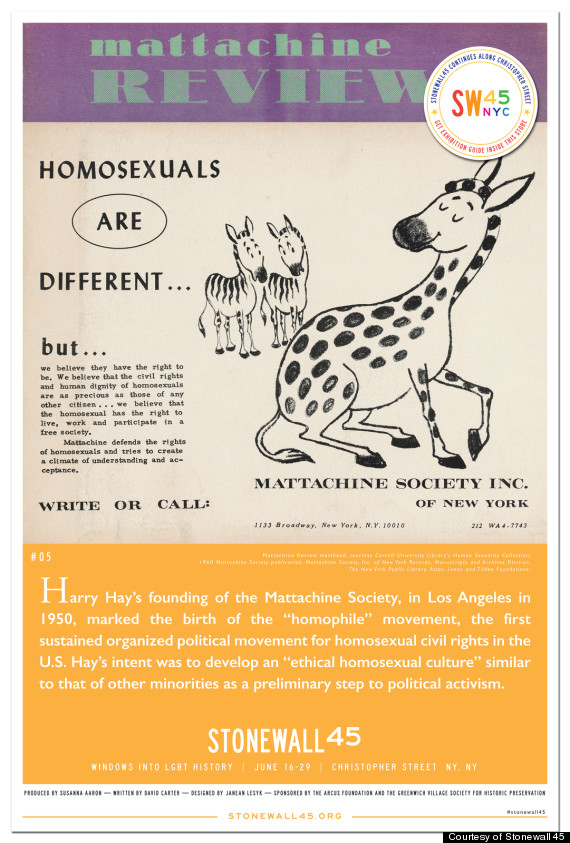 "Stonewall 45: Windows Into LGBT History" is produced by Susanna Aaron and written by historian and author David Carter. The exhibit was designed by Janean Lesyk.

“The story of the LGBT civil rights movement has become resonant for a broad population," Aaron said in a statement to The Huffington Post. "Its meaning has pushed out of the boundaries of what it means to its own community.” 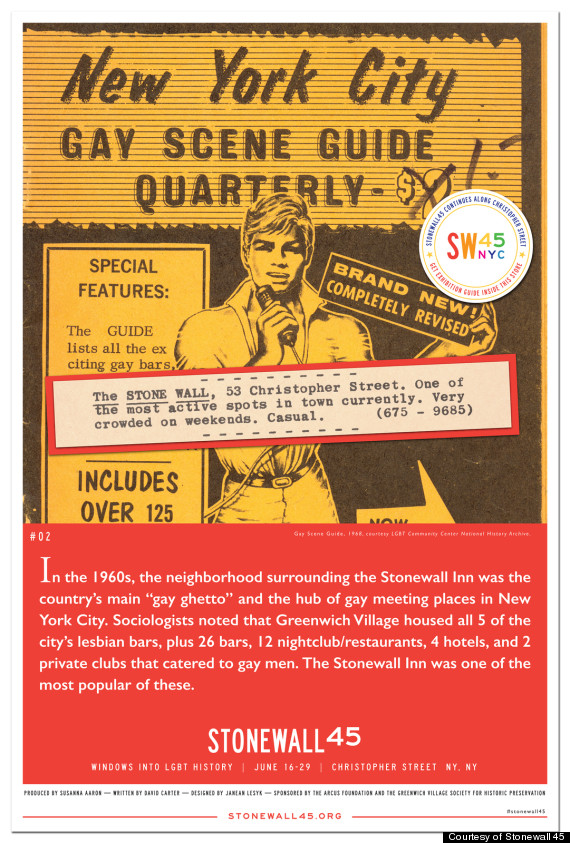 Check out a slideshow of some more of the posters below and head here to see all 26. Additionally, if you're in New York City be sure to visit Christopher Street to check out the exhibit in person. "Stonewall 45: Windows Into LGBT History" is slated to run through June 29. 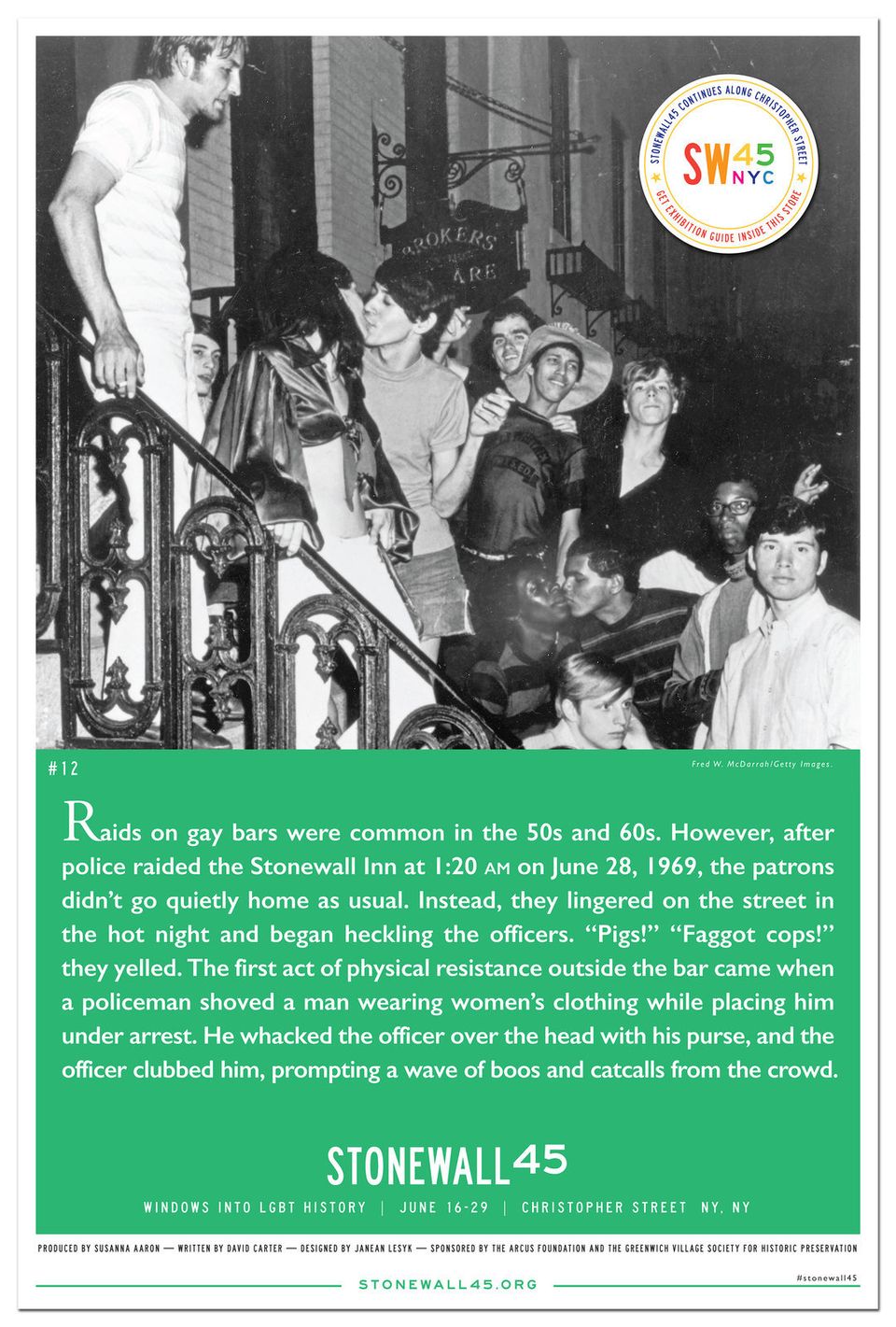