Reality tells us the only way to ensure we stop Trump in the long run, unless he is impeached, is to elect a Democratic Congress in 2018. We can and should continue to march and protest but that must lead to organizing and electing Democrats. The first step is ensuring we keep the Virginia governorship and retake the governor's office in New Jersey in 2017.

To do this we need to stop fighting each other and one way to do that is to stop demanding perfection in our candidates. That is what led to the election of Donald Trump. The Susan Sarandon's and Ralph Nader's of the world who by their stupidity and short-sightedness supported third party candidates must take some responsibility for Trump being in the White House. Sarandon had the unmitigated gall to tweet after the women's march telling Cher to keep protesting after she told everyone she thinks Clinton is more dangerous than Trump.

For the next two years we need to get all Democrats and Independent voters who lean Democratic to eschew voting for any third Party candidate if we are to take back the Congress in 2018. Let us accept a Democrat who can win in Mississippi will not run with a focus on the same issues as a Democratic candidate running in New York City. But we need to recognize even the most imperfect Democrat, at least imperfect according to a progressive from an ultra-blue state, once elected to Congress will cast their first vote for a Democratic Speaker of the House or a Democratic Majority Leader in the Senate. That will give Democrats control of the agenda and committees and is the only way we will stop Trump and his Rasputin, Steve Bannon. 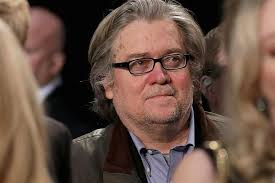 That has to be our goal for 2018. We need to stop the internecine fights in order to do that. Blowhards like Michael Moore who is calling for a political revolution and spoke at the Women's March on Washington, before they cut his mic off, saying he will help primary already elected Democrats he doesn't agree with will only help Republicans win in marginal Districts.

In truth I thought my protest days were behind me. Instead since Donald Trump's election and inauguration protests have again become a way of life for those of us who care about our country and democracy. In my youth I met Martin Luther King, Jr. and fought for Civil Rights; marched with Bella Abzug and Gloria Steinem for women's rights; got tear gassed in front of the Department of Justice protesting the Vietnam War and picketed the White House for Disability Rights. Joined Hands-around-the-White House, among other demonstrations, to bring attention to the fight against HIV/AIDS and marched with Elizabeth Taylor in a candlelight procession demanding Ronald Reagan stand up to fight the scourge of AIDS. I was on the mall marching to fight for LGBT rights. Guess it was too much to hope at my age I could stop marching and protesting and enjoy the fruits of what we accomplished.

Yet in just the last ten days I participated in the Women's March on Washington and demonstrated in front of the White House to protest Trump's EO which tries to ban Muslims from entering the country. I am on the planning committee for the June 11th LGBT Pride March in Washington. Once again there are compelling reasons demanding us to stand up and be counted. Millions of Americans clearly feel the same need and will stand together and speak out because we know Silence = Death.

In just one week the Trump White House has turned the world upside down. He is fighting with Mexico and Australia; debating Climate Change with Prince Charles; leaving out any mention of Jews in his statement on Holocaust Remembrance Day; and banning residents from seven Muslim countries from entering the United States. He has reorganized the National Security Council removing the Director of National Intelligence and the Chairman of the Joint Chiefs of Staff from regular attendance at the principals committee, which is the meeting for the most senior national security officials and instead added his chief strategist, Steve Bannon, who was formerly executive chair of Breitbart News, a far-right news, opinion, and commentary website that Bannon himself described as "the platform of the Internet-based alt-right" including Nazis and the KKK. Protesters at the White House correctly chanted "End the immigration ban, ban Bannon".

For the next two years we must put aside our personal differences and focus on having Democrats take back Congress in 2018 so we can take back our country.