As a black woman, it is annoying and frustrating to have white women constantly degrading us in order to make themselves look "better" in comparison. We already have enough to deal with on a daily basis without also being attacked with, and carrying the weight of, these negative comparisons. What's even worse, though, is when this is done to us by non-black women of color. It's a disheartening reminder of just how pervasive anti-blackness is. Unfortunately, this is what I woke up to a few mornings ago when I saw the following tweet on my TL. 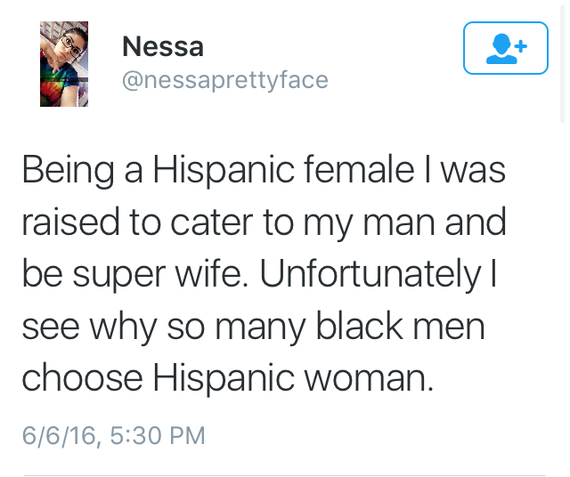 Although she didn't specifically mention black women, the implication was clearly there. Thankfully, Afro-Latina Twitter user @audacityofDOPE_ clapped back with everything that I wanted to say and more. Here was her response to the tweet, and to this issue in general. 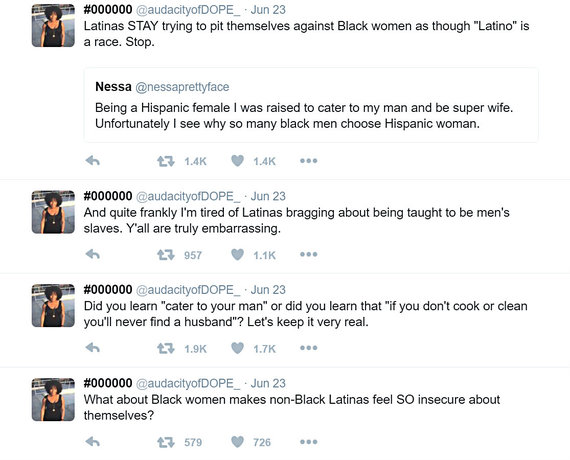 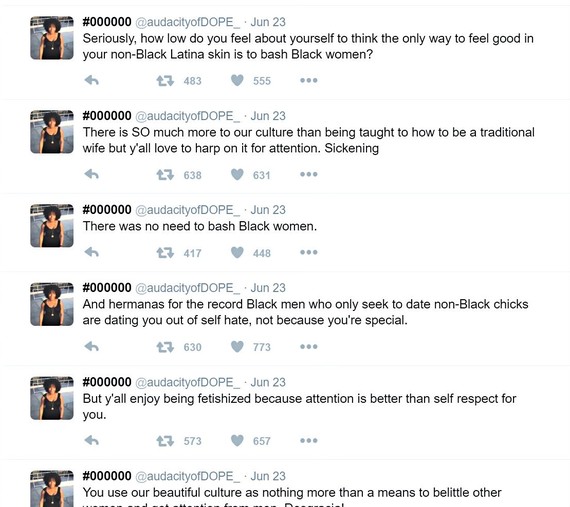 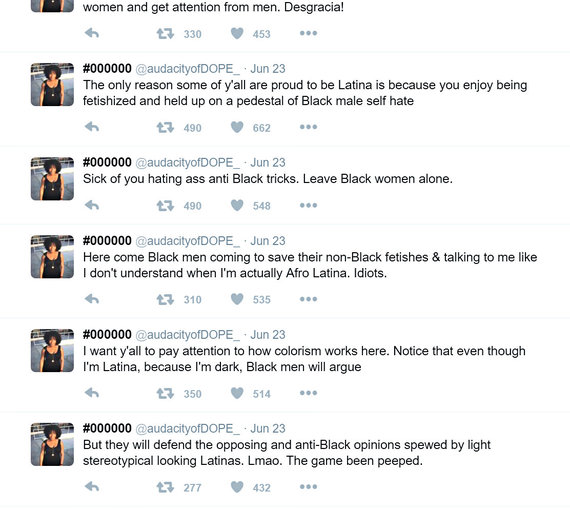 Some people responded to this thread by saying that she herself was bashing Latinas. What they need to understand is that there is a difference between constructive criticisms and insults. Criticisms of our own, as well as others', racial/ethnic groups are necessary, especially when it comes to issues of colorism and anti-blackness. So while constructive criticism is welcome, as women of color, we should not feel that we have to insult or belittle or ethnic groups in order to feel better about ourselves. We shouldn't have to dim the next group's light in order to shine, because the liberation of WoC is dependent upon all of us shining together.