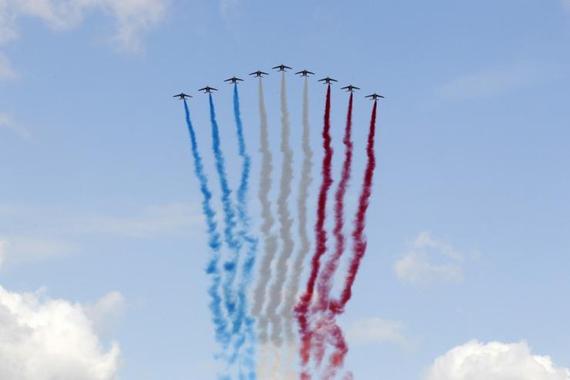 When I arrived in the States, around my first month of July in New York, people were talking to me and asking me about Bastille Day.

I was familiar with La Bastille in Paris, the dangerous round-about drive on the busy plaza and the gold statue of the naked angel on top -- but I had no idea what Americans were referring to when they smilingly asked about Bastille Day. Was there a special event, a fair, an art exhibit?

Nobody in France calls it Bastille Day. It's a purely American invention.

Here is what Wikipedia has to say.

Yes the storming of the Bastille prison in early morning on another July 14, to free only seven unlawfully held political prisoners was the beginning of the day's events which will lead to the most famous day in French history, but French people do not celebrate the liberation of the Bastille jail, as it was quite a shameful place, and all they did was right a wrong.

France's national holiday is not about the storming of the Bastille during the French Revolution. Yes, the fortress/prison was taken down on July 14, 1789, but what the French are celebrating is something that came a year after that, called Fête de la Fédération.

Various dates were contemplated for the celebration -- especially August 4th, the day the feudal system was abolished for good, and the country finally got rid of its kings and kingdom.

July 14th was picked because it is the official day of the Fête de la Fédération, the event of 1790 honoring the brand new French Republic. The national holiday is about national pride: the national bleu-blanc-rouge flag and the national anthem La Marseillaise created to highlight the French values of Liberté, Fraternité and Egalité -- the three foremost rules of the country. 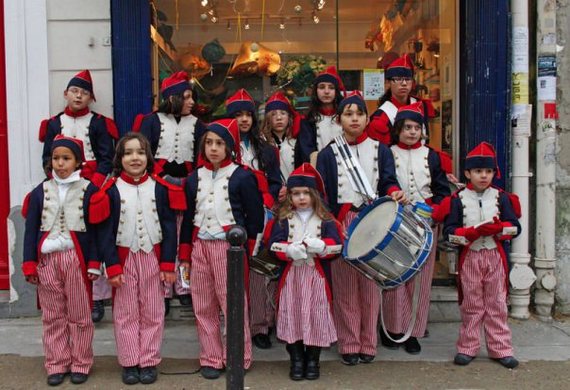 A gigantic military parade on the morning of the 14 juillet honors and displays the armed forces' various branches, with a walking down the famed Champs-Elysées in front of the French president and all the members of the government who can possibly make it.

There are war planes in the sky, horses on the cobblestones, soldiers of every color uniforms, shiny weapons and official attire represented. The sense of pride emanates from these mean and women on the day they get to show off their impeccable discipline manners and sense of service. Thousands are marching under the hot sun, and the TV coverage is watched by millions.

Neighborhood balls held by every firemen's station (Caserne de pompiers) in the country, dancing, singing, food (of course, this is France after all!) and fireworks ending in red, white and blue specials are all over France on the holly day when nobody works. 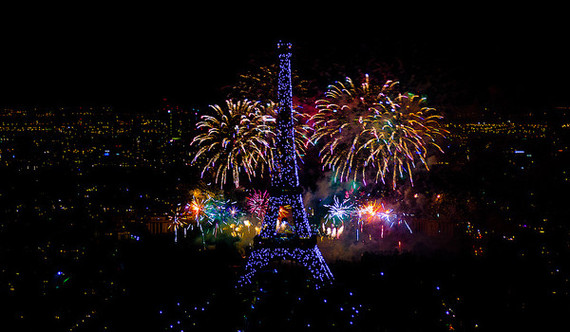 French citizens, do stand up.

And to celebrate in my own way le Quatorze Juillet, and for those of you who speak a little French, here are the first few lines of the National Anthem La Marseillaise: