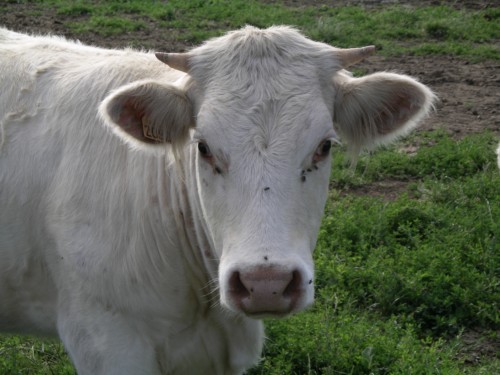 As a contributing editor at culture, a consumer cheese magazine, I meet and interview a lot of cheesemakers, so last year's dairy closures and cheese recalls definitely hit close to home. Literally. I work part-time in a Seattle cheese shop, and by now I'm used to the frequent FDA-bashings from my customers.

Understandably, the closures of Washington State's Estrella Family Creamery and veteran cheesemaker Sally Jackson's facility struck a nerve in the Pacific Northwest, and our clientele are dismayed that they can no longer purchase some of their favorite cheeses. I feel the same way, as well as sadness that these small family operations have been forced to close. I'm also frustrated that current regulations aren't designed to accommodate and provide support for small producers if they run into trouble.

I wrote a profile on Estrella Family Creamery for culture's Autumn, '09 issue ("Northwest Passage"). Because of my connection to that story, I have been frequently asked my opinion on the cheese recall/dairy closure debacle, and if I think production of raw milk cheese should be banned. I want to be very clear in stating that my response is in no way directed at any specific cheesemaker or dairy. It's based on my experience after 20 years in the food industry, and as a former dairy goat owner.

Honestly, I'm growing mighty weary of the whole, "Us-vs.-Them" mentality that seems to be gathering steam as these national dairy closures rock the artisan cheese community. Why do we have to pick sides? I'm a longtime proponent of family farms and food artisans, and I will always stand up for the rights of cheesemakers to produce raw milk product. That doesn't mean I'm concurrently endorsing foodborne illness epidemics or food safety anarchy. Why would anyone in their right mind support such a thing? Why is there so much opposition to the new Food Safety Modernization Act?

There is a distressingly huge gap in the public understanding of what purpose the FDA serves. To quote a very rational, diplomatic King County (WA) food inspector I interviewed last year for a story on raw milk, these standards exist to "protect those who cannot make an informed choice [about consuming an inherently dangerous food], i.e. children." While healthy, cogent adults should have the right to eat whatever they wish, it's impossible to generalize exactly who is susceptible to a specific disease or pathogen. Thus, food safety standards must be designed to protect the entire population. To quote from the resulting article that I wrote for the January/February 2010 issue of Edible Seattle ("White Lightening"),

In 2008 King County had nearly a dozen reported cases of listeria requiring hospitalization, and one fatality- as compared with an annual average of three to 10 cases in years prior. The culprit is believed to be queso fresco victims purchased from a door-to-door salesperson.

The rash of cases that occurred within the Hispanic community are believed to have stemmed from a home producer. It's not malicious intent; it's lack of education in regard to sanitation, often paired with economic desperation. The same thing could happen in a factory that cuts corners to lower costs. Periodic health department inspections reduce the risk to the public."

The fact that these standards are set and regulated by the U.S. government is besides the point. These rules need to exist and be enforced, regardless of what governing body ensures that they are met. I've long protested the federal government's regulation over certain sectors of our food supply (see National Organic Standards Act). I do not, as a rule, think that the government has our best interests at heart where food supply is concerned. I wish to see the majority of agribusiness out of business. But I also realize that where certain commodity crops and population issues are concerned, that's not necessarily realistic. There needs to be a regulatory body overseeing the safety of imported foods, of food producers, restaurants and other dining institutions. The new Food Act is far from perfect, but in the grand scheme, it's a huge step toward strengthening the safety of our food supply.

While it may appear that the FDA is picking on small family farms/cheesemakers, let's look at the statistics. There are currently close to 1,000 artisan cheesemakers in the United States, 70 of whom are located in the Pacific Northwest alone. Roughly fifty percent of those in the PNW are producers of raw milk cheese, yet they manage to avoid becoming headlines, presumably because they are following protocol. What the public is losing sight of is the fact that the cheesemakers who were shut down had contaminated product. The FDA's website provides detailed legal documents of how these pathogens were tracked to the cheesemakers in question, which effectively eliminates conspiracy theories that there is no "evidence" said pathogens came from these farms. Because the law does not require cheesemakers to recall their product, also bear in mind that not all of the cited cheesemakers chose to do so. To value a cheese over human life is unconscionable. While I empathize with how the loss of income can devastate a small business, that's not an excuse to risk public health.

I sympathize with the issues artisan cheesemakers face right now. They have a major strike against them in that the FDA's current set of regulations do not take the small cheesemaking facility into account. This, I believe, is the key issue that needs to be addressed. There needs to be a separate set of rules pertaining to this sector of the industry, because it is simply not realistic--nor fair--for small family businesses to compare and compete with large, commercial producers.

What shouldn't change, however, are the current rules regarding sanitation, as well as regular testing of milk, facility, and finished product. Exemplary record-keeping should be mandatory, in the unfortunate event there is a recall. Recalls should be mandatory. Small-scale cheesemakers should be required to take certification coursework before receiving a Grade-A dairy license. The same license is required of raw milk producers; yet cheesemakers don't have to take or be certified in additional training on foodborne illness microbiology and prevention, and facility sanitation practices. The state of Wisconsin is the exception, and a model example of how all cheesemakers should be educated before they are allowed to sell to the public. Not only should classes should be mandatory, but recertification required every X number of years.

The bottom line is that you know what you're getting into when you apply for that Grade-A license, in order to become a cheesemaker. Crying foul that the FDA is trying to target artisan cheesemakers or curtail civil liberties is a cop-out. If you can't abide by the rules and run an operation that meets federal criteria, don't become a cheesemaker.

The FDA is just trying to do its job, which is protecting our health. Why is there no public outcry against the FDA when contaminated spinach or beef is recalled? Why is it the sources of said products get all of the blame and public outrage, when cheesemakers receive only sympathy? Because we don't have an emotional attachment to Big Ag, that's why. We have a romantic, nostalgic view of the family farm, of the lone cheesemaker, lovingly crafting each of their exquisite products by hand. While that visage may be accurate to an extent (not taking into account the long hours, dirty work, and massive amounts of backbreaking labor that also go into creating those products), that doesn't make it okay to take shortcuts when it comes to sanitation, or failing to uphold one's civic duty of protecting the public if private or federal testing shows there is or may be a problem.

I also find it ironic that people savage the FDA for witch-hunting cheesemakers, despite the fact that they, the protesters, most likely haven't been to any of these facilities. In most cases, they've never been to a dairy, let alone a "make" room (where cheese is produced). They usually don't have an understanding of how cheese is actually made (I say this not as criticism, but as fact). I don't think one has the right to comment on individual closures, in regard to "targeting," if one hasn't seen the facility in question.

The food industry is no place for anarchy. In a perfect world, I would love to see governing bodies for the sustainable, small-scale sectors of the industry--meat, produce, cheese and other dairy products--that have both the producer/animals' and the public's best interests at heart. But I'm a realist, and unfortunately, that day may not come. We should lobby for it, but in the meantime, we need to stop demonizing the FDA and start supporting their efforts in helping to prevent any number of epidemic-related tragedies. At the same time, the best thing we can do for artisan cheesemakers is continue to lobby for their right to produce raw milk cheese, and support them by eating as much of it as possible.