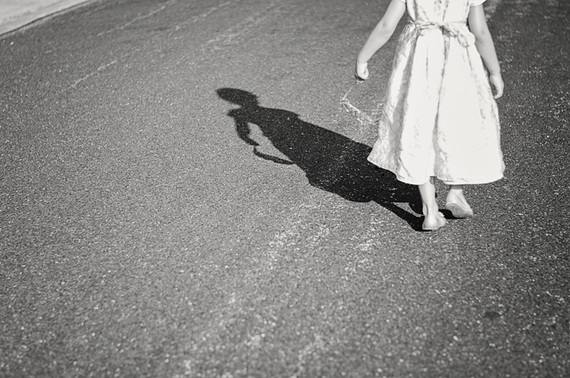 I wasn't sure how to title this entry. The runner-up: "Stop Encouraging Your Trans Child," but that would not capture the Trump-sized misconception that parents are encouraging their cis children to be trans. No need to reread that sentence, you read it correctly the first time.

A lot of negative comments I receive revolve around this notion; that parents, in some twisted, gender bending way, are molding their children to be trans. Here's an example comment:

"Are you serious? You encourage this in a 7-year-old? This is insane."

I would liken me "encouraging" my child to be trans to me encouraging my 5-year-old to have autism. The notion that I had a typically developing boy, who I then encouraged to be trans, or perhaps didn't discourage enough to not be trans...that, my friend, is ludicrous.

Many families of trans children go through a harrowing process of understanding what is happening to their child, their family and their sense of normalcy. I will be the first to admit that early on we regrettably discouraged our child's gender bending. What we initially labeled as a "phase" eventually took over our household with fights about clothes, clothes and more clothes. Every. Single. Day. Being the liberal-minded parents we like to think ourselves to be, we justified our gender limitations by taking a principled stand against feeding the corporate machine of brands, marketing and consumerism. Fast forward to present day; we didn't know how the hell to navigate the social implications of our child's gender identity and expression. What would people say? How would we explain this to Grandpa Joe? Will people think we're insane? (I didn't really think that but it fit really nicely with the gentleman's comments above.)

No parent is going to sign their kid up for a hard life. Believe me, I've heard it all. Any suggestions you might have (hang around dad and his boys more, put him in sports, take away his girl clothes and toys) I've heard a hundred times before. And to some degree, we've tried it. We did not do this to deny our child her true identity, but to attempt to protect her from a life that was going to be harder, the statistics are loud and clear.

So, back to your questions:

Are you serious? As a heart attack.

Michelle is a mother, educator and LGBTQ advocate. Her blog, Let The Boy(s) Be, chronicles her journey raising a transgender child and a child with autism. You can visit her here.