How women are portrayed, considered and represented is currently on everyone's agenda.

In this guest post, Roxanne Hobbs and Flora Joll from Mullen Lowe London argue whether advertisers need to catch up with our changing culture.

As a case in point, Fairy asked the question of how fair the division of labour is in your household, to complement Ariel's suggestion that men #ShareTheLoad in attempts to redress the balance of inequality. These campaigns perhaps have the intention to create a conversation about the distribution of household labour, whilst also selling a few more unit cases of detergent. Indeed we now know that the more fathers undertake their fair share of household labour, the more their daughters in particular express a greater interest in working outside the home and having a less stereotypical occupation.

Perhaps the sooner we question and thus subvert gender stereotypes, the less likely they are to persist. Riding on Allways' coat tails, Barbie has changed her act and Target doesn't stock blue and pink 'gendered' colours for their toys any more.

With this momentum, what is now required is a definitive statement of intent. It almost goes without saying that equality is the endgame, but now that the conversation has moved on, where should it go? 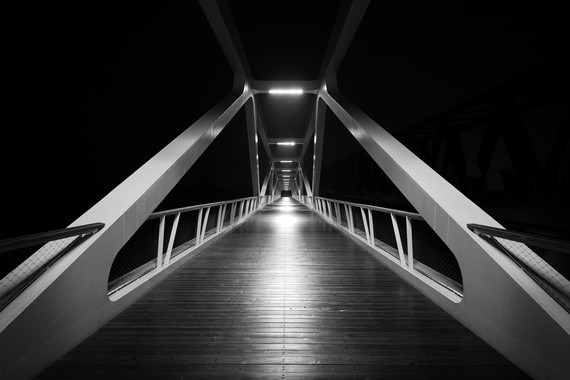 We believe that what is now required is a more progressive conversation about gender equality. Whilst we applaud the attempts to instigate a conversation in the media and through advertising, we suggest the end game is one in which gender isn't even part of the equation.

Gender is just a small part of how people define themselves, and it would seem for the younger generations this is becoming increasingly true. Perhaps The Guardian got it right -- "the next step in marketing to women is to stop marketing to women."

We do not need to create a gender specific portrait of women, or men. We can create narratives that appeal on a fundamental level: human first. Gender stereotypes play out well on a creative mood board, but the cost of these stereotypes on a societal level are becoming clear. We predict these stereotypes will increasingly create resistance, and not attraction, to our brands.

Ultimately we envisage an advertising world in which we don't even allude to gender stereotypes, even if the intention is to ultimately undermine them.

Change does not have to be dramatic or overnight -- it can be done incrementally, as Soraya Chemaly pointed out in her TED Women talk "The Credibility Gap: How Sexism Shapes Human Knowledge", saying that "small changes in initial conditions can yield exponential difference." A deodorant brand that has been all about attracting scantily clad babes can show your girlfriend smiling next to you; it just so happens that it is her in the driving seat, as Axe showed in 'Find Your Magic'.

Flora would argue that marketing should set the agenda for culture, whilst Roxanne believes, at the very least, it should reflect the culture around it. At the moment it would seem, given advertising's obsession with the younger demographics, that in the arena of gender it is doing neither.