For Bon Appetit, by Elyssa Goldberg. 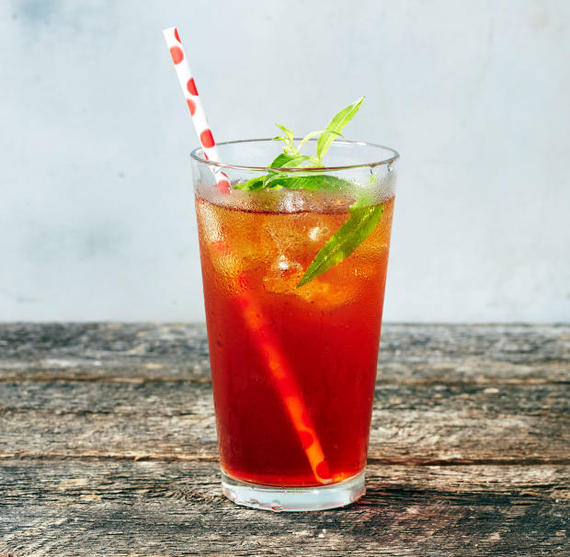 We are in the golden age of cold brew coffee, and your current iced tea game shouldn't be any less strong. You want the one drink standing between you and fainting on a sweltering summer day to be as joy-inducing as spending Independence Day with Hiddleswift and the squad in Rhode Island. But chances are, your iced tea is too bitter or too dilute. Pouring hot tea over ice, or making it hot and letting it cool afterwards, leaves you with a vat of mouth-puckering, astringent tea without subtlety or reward. From how much tea to use (hint: one tea bag just isn't enough for a whole pitcher! Seriously!) to why fridge tea is superior to sun tea (spoiler: you can't control the sun), this is everything you need to know about how to cold brew and ice brew tea so good you'll never look back.

"Literally you put it in a fridge with cold water," said Elena Liao, founder of Té Company in New York and importer of Taiwanese oolongs. "The colder temperature doesn't steep out the tannins the way hot water does, so cold-brewed tea is actually less astringent and less caffeinated."

The method: Float the tea leaves in water and let the container sit at room temperature for about 30 minutes to an hour, then put it in the fridge overnight, about eight hours. The next morning, strain and enjoy. If you were using high-quality tea leaves, you can re-steep the next night and let it sit for longer than just overnight (so, maybe 16 hours instead of the usual eight hours). The flavor will be a little bit lighter, but you'll still get a great cold brew.

The leaves: The best teas to use are those that are a little bit sweeter, like a light oolong, she said, adding, "Cold-brewed tea comes out much sweeter than their hot counterparts."

The math: She recommends using between one and two teaspoons of tea leaves for every cup of water and four to five teaspoons for a liter carafe or bottle. The same goes for making cold-brewed iced tea with tea bags. Putting one tea bag in a whole liter-sized pitcher of water and letting it sit overnight isn't enough. "It's just lightly flavored water at that point," said Jeff Ruiz, who is responsible for the tea program at Olmsted (also formerly of the tea program at Atera) in New York. He recommends using three to four bags per liter instead. You'll inevitably use more leaves than you would if you were brewing the same volume hot, but trust the technique.

Beyond Cold-Brew: The Ice Brew

Ruiz swears by ice brewing (also known as kouridashi-style brewing), a Japanese method of frigid cold water extraction. With this technique, the tea brews as a big block of ice melts. "The colder the water, and the longer the period that the leaf spends on the water, the more concentrated the flavor," he said.

The method: Start with a rocks glass. Put a big ice cube at the bottom (the kind of oversized cubes you might see in a fancy whiskey rocks at a nice cocktail bar) and drizzle a few drops of water on the ice cube to trigger the melting. If you level up and want to try your hand at fruity flavors in your iced tea, try making an infused syrup, like this plum concoction in our cold brew plum iced tea.

The math: Drop between one and two teaspoons of tea leaves into the cup (on top, next to, underneath--it doesn't matter) and let it go for 20 to 30 minutes. "If you're having guests over, you can make a pretty cool show out of it," he said. "Plus, you're able to extract more without pulling too much bitterness out of it." Strain out the tea leaves and drink. It'll be melted enough so that you have a small volume of really awesome iced tea. Also re-steep if you have a lot of extra time on your hands and are thirsty for more tea.

If that sounds stressful and overly fussy, try this shortcut instead: Put three ice cubes in a rocks glass and add about ¼ cup of water that's just below boiling. Add between one to two teaspoons of tea leaves, and let that steep for about six minutes. Really, that's it. 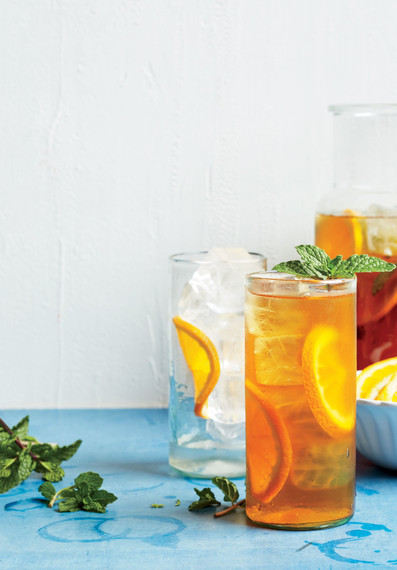 One last thing: If you botch your batch, there are a few ways to rescue it. Too strong? Just dilute it with more water. If it all just seems too far gone, you may as well get tipsy with it. Liao's rule of thumb: The lighter the tea, the lighter the accompanying liquor. Roasted, deeper tea goes better with rum or whiskey; oolongs and greens pair best with gin or vodka. We're not in the business of judging a well-timed heavy pour either. You do you.

When you're ready, these are the 10 best teas to ice this summer.