My parents divorced when I was around six years old. Up until that point, I have very few memories of spending time with my dad. After the divorce, my sister and I bounced from house to house, living through your typical joint custody arrangement. We spent every other weekend with my dad and saw him once during the week for dinner. I can honestly say that I don't think the amount of time we saw him had any impact on the relationship we had with him. In short, our father-daughter time could definitely be considered quality over quantity. Our time spent together on the weekends was just that -- time spent together. My dad did not babysit us.

Fast-forward 25 years to the present when I have a family of my own. While my husband and I are still very much happily married, his work schedule often keeps him from seeing our daughter as much as he would like. Much like the time I spent with my dad growing up, the time they spend together is also quality, not quantity. However, he takes any opportunity he can to be with her and never, not once, says anything about me leaving the two of them so that I can run errands or have a few minutes to myself. You know why? Because he is her father, and a pretty damn good one at that.

There are few conversations I hate more than when I hear other moms say their husbands are "babysitting" the kids. A babysitter, by definition, is someone who cares for children during a short absence of the parents.

A short ABSENCE of their PARENTS, not just while the mother is away. In fact, have you ever heard a father refer to his wife as the babysitter, and not mean it is as a joke? Me either.

Here we are, as a society of women, begging for the chance to lean in. We want the same pay as our male counterparts, we want to be treated equally in the workplace and beyond, and we aren't intimidated by being the breadwinner in our families...

But are we practicing what we preach? Has it ever occurred to women that maybe men want the same thing? My husband doesn't put in the amount of time that I do with my daughter, but that doesn't make him less than a father, and it certainly doesn't make him inferior to me when it comes to raising our child.

Please, fellow mothers, stop degrading the father of your children by referring to him as a babysitter. Parenting is a team sport, so practice good sportsmanship for the overall morality of the entire team. Not just on Father's Day, but every day. 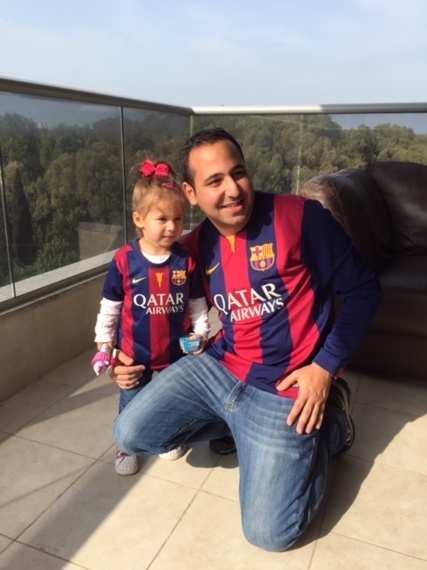 A mother of two attempting to maintain (or regain?) sanity.