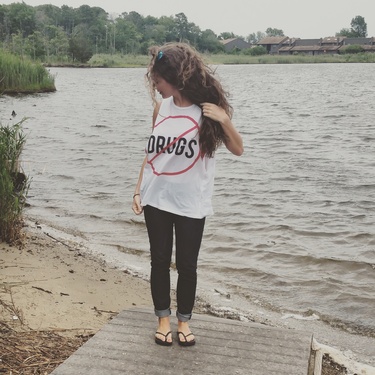 Alicia Cook is from New Jersey

"F*** junkies. It's disgusting. What lowlifes."

Thursday morning began like all of my other Thursday mornings. I was at Starbucks. I wanted a Venti Iced Chai Latte because it tastes like Christmas. The line was long; two women in tailored suits and pumps were chatting in front of me. The newspaper rack caught one of their attentions and she nudged her friend towards the headline without picking the paper up.

That's when she said it. One of the only words that can make me visibly cringe.

My eyes darted to the headline. It was highlighting my state's widespread heroin problem. There weren't even any pictures for her to draw her uneducated conclusion; just a cheesy, antiquated stock photo of a needle and a spoon.

I bit my lower lip like I usually do when I try to keep my mouth shut. "Excuse me," I interjected, politely. "How do you know I'm not a heroin addict?"

She stared blankly at me, speechless, so her friend answered for her, "You don't look like one. You're dressed for work."

I stopped being polite. "I know an addict who looks just like you."

We need to stop using the word "junkie" when referring to those who are battling addiction. I want it to be outlawed. To be a word one cannot use liberally in a public space. I want human beings to feel shame if they slip and use the "J" word. Because, simply put, its use is doing nothing to help the cause.

I want it to be considered a slur, much like a homophobic, body-shaming, or racial slur, because by definition, that is what it is. The Merriam-Webster Dictionary defines the word "slur" as "an insinuation or allegation about someone that is likely to insult them or damage their reputation."

As a writer, I know the words we choose to use matter. The use of derogatory words like "junkie" or "dope fiend" not only greatly affects the addict's psyche, but those who care deeply for them as well.

Yes, I am not an addict, but when I heard those two girls throw around that slur so easily, it messed up my entire day. I wanted to scream. I wanted to cry. I wanted to sit them down and present to them a PowerPoint presentation on this disease.

The use of such negative language decreases people who use drugs to a stigmatized stereotype. Not to mention, it is discriminatory, patronizing and challenges public understanding of people who use drugs and the issues they face whether in long-term recovery or actively using. 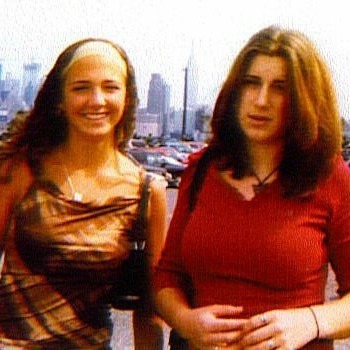 Alicia Cook lost her cousin Jessica Cook (right) to a drug over dose in 2006.
Jessica was only 19-years-old

"Drug addiction takes everything from you. My pride and my self-confidence are gone," Isabella, a young woman from New Jersey struggling with addiction, tells me. "So, when I hear the word 'junkie,' I feel even more worthless. Not to mention, the person using that word doesn't know me or my story; I never did anything personally to hurt them, and they still use that word to hurt me."

Addiction slurs invoke such graphic images, most of which are outdated and without merit. Many still do not realize one does not need to inject heroin in order to use heroin.

How can so many still believe there is a clear divide between who uses drugs and who doesn't? Since beginning my series, "The Other Side of Addiction," I have spoken to numerous families who have experienced this disease and the only thing these people have in common - the only common thread between them all -- is addiction.

I spoke with Adrianne and Mike Dollard, from Monticello New York. They lost their son, Justin, to addiction earlier this month and have jumped right into the advocacy ring, even noting his battle with addiction in his obituary.

"When I hear the word 'junkie' I think of the stereotypical shooting up and nodding out in the streets," Adrianne tells me. "The reality is it affects people of all social and economic standings."

She's right. Every single person I interviewed since beginning my series came from different backgrounds, cities and states, are different ages, hold down various occupations, fall into varying tax brackets, and have different religious affiliations.

The word "junkie" encapsulates every single person who combats this sickness into one outmoded stereotype without even taking into consideration who the person even was before falling into addiction.

"No one tried any kind of drug and said 'I want to be an addict'," the Dollards continued. "It's a disease, but unlike other diseases, there is little sympathy for an addict."

Everyone was a child once, including those battling addiction. They wanted to be astronauts and ballerinas when they grew up, not prisoners to their own addictions. They believed in Santa Clause. When they pledged in elementary school to "just say no," they meant it. They didn't talk to strangers, and couldn't predict that one day they'd be purchasing life threatening substances from them. They never rooted for the "bad guy" to win in their morning cartoons. Like many of us, they believed in right and wrong. Addiction drives many to do reprehensible things, many have even broken the law to support their habit, but these aren't bad people, these are sick people. 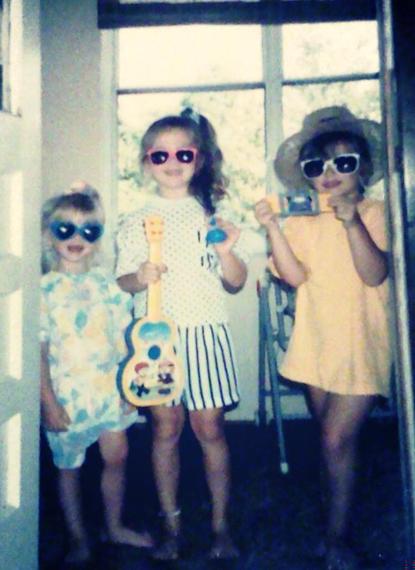 From left to right: Sisters Kellie and Alicia Cook with cousin Jessica Cook as children

When did we as a society become so jaded that we forgot, or choose to ignore, that these people are still living breathing people who need help?

"The ignorance infuriates me," Laurel Juliano tells me. Laurel has spent the last seven years devoting her life to addiction recovery. She holds a license as a Clinical Alcohol and Drug Counselor, and is currently working as a Care Coordinator, conducting assessments for clients who many need substance and/or mental health treatment. "People are choosing to avoid learning about why addiction is a disease and want to reach their conclusions based on opinion instead of scientific fact. It is not about comparing all physical diseases to addiction, it's about understanding how addiction impairs the user and shows signs and symptoms, just like every other illness."

Prior to taking on the role as Care Coordinator, Laurel spent over five years as a counselor and Clinical Supervisor in an outpatient setting, where she heard many people refer to themselves "junkies." She concludes this is because they have had people continually speak down to them and label them as such, and in turn, they began to see themselves as inferior. Laurel tells me that it's a vicious cycle, and suggests that the addiction is actually exacerbated by the stigma.

"By reframing the way we speak about anyone with a disability, like saying 'he has been diagnosed with Bipolar Disorder' instead of blankly stating, 'he's a Bipolar,' or 'she is struggling with addiction' instead of 'she's just another junkie,' it reminds us to think about the person first." Laurel explains. "By being willing to learn about addiction, we will help change the perspective of those who judge, label, and demean."

At this point, everyone knows someone who has been directly affected by addiction. The National Institute of Health recently came out and said we are "dealing with the dynamics of a disease that sometimes requires as much investment from family and community as it does from the individual struggling to recover."

In response, families have stood up and nonprofit organizations have been formed to help combat these stigmas. I spoke with Rick Rosenhagen Jr., the president of Heroin Support Incorporation, a 501c3 based out of Kentucky.

"People need to get educated on addiction, so we can change the stigma surrounding the social label of 'junkie'. Addiction is a disease that changes the functionality and structure of the brain. Most users hate the life they live each day," Rick tells me.

The world is shaped by the language we use. Using a word like "junkie," even just to your friend while you wait on line at Starbucks, only facilitates continued ignorance about this epidemic and continues to blur people into a stereotype. Those who are battling addiction are not one dimensional fictional characters, they are supremely real human beings who are suffering every single day.

Stop calling them "junkies." They have first names.