Pictured: The author and his partner, Jennicet Gutiérrez.

Love wins, right? That is the victory cry of the marriage equality ruling. But please excuse the bitterness of those of us who know that, for now, that is not true. As a cisgender man who is attracted to trans women, I would like to know when our love will win. With the recent marriage Supreme Court ruling, as many prematurely declare victory and move their protest signs from the streets to the archives, trans women and the men who love them are still seeing their love lose. We have just witnessed our chances of love get dealt another painful blow.

Yet another "scandal" has erupted as everyone gossips about the embarrassment of a famous cisgender man caught with a trans woman. The rapper Tyga recently had his explicit text messages leaked, exposing that he was having relations with a trans woman named Mia Isabella. This story, which has flooded the entertainment media, was intended to shame and embarrass Tyga, who has already begun to deny the affair.

Tyga has joined the ranks of many celebrities who have been shamed for associating with trans women. Two years ago, DJ Mr. Cee, a prominent name in the hip-hop community, had his relations with a trans woman exposed. The story was treated like a scandal and Mr. Cee left his job in shame. Although we should not simply focus on the celebrities affected by this issue -- as the vast majority of trans people and their partners are working class -- these stories provide a window into the struggle for those who are not affected.

Janet Mock, a journalist and writer who has written about the problem of shaming trans relationships, recalled the Mr. Cee "scandal" on her show, So Popular!:

It did little to unpack the harmful misconceptions that continue to plague men who desire trans women, a conversation that I do feel these men -- who desire the bodies of trans women -- need to be having amongst themselves and with their communities. I am not invested in defending or making excuses for the millions of men who desire trans women's bodies in secret, either on the web, via affairs and flings or through sex work. I am invested in what this public shaming does to the women who are kept in the dark, who are made to feel that they are unworthy of love and acknowledgement, who are made to feel as though they are only deserving of ridicule, harassment and violence.

Janet Mock is absolutely right that it is my community that needs to organize, self-educate and start treating trans women better. There are no excuses. The problem is that most men who date trans women keep their relationships a secret. They fear losing the privilege that they have for being cisgender and male if they start to openly love trans women. After the constant harassment from the media and the rest of society, if we are not willing to fight for justice for ourselves, we must at least fight for justice for those we claim to love. Even when the story focuses on shaming the cisgender male partner, it is the trans woman who is the real target and who is hurt the most.

For trans women, the battle to be loved is inherently tied to the battle to live, the battle against transphobic violence. The abuse and murders of trans women is so rampant that there is only one word left to descried what is happening: gendercide. And given that one of the most common and least-challenged forms of transphobic hate speech in the media is the shaming and mocking of their partners, it would be irresponsible to pretend that the message that trans people are unlovable is not fueling the violence against them.

In 2013, a trans woman named Islan Nettles was out when she was cat-called by a group of men. When they realized that she was trans, they proceeded to attack and beat her. She died less than a week later. Our society has not created space for men to be attracted to trans women. What changed when her attackers realized that she was trans? Were they suddenly not attracted to her anymore? Their violent behavior came out of a place of fear and insecurity when they realized that they had found a woman who was assigned male at birth to be attractive. Masculinity has become so fragile, that some men become belligerent when they perceive theirs as threatened. These attacks are far too common, and they often occur for these reasons.

Much of the violence against trans women is indirect. Forty-two percent of trans women report having attempted suicide and this gut-wrenching statistic clearly comes from these women's oppressed position in this society. When Leelah Alcorn, a trans teenager, died from suicide in December of 2014, she left a note citing her parents' refusal to allow her to transition and the Christian conversion therapy that she was subjected to as the main causes. However, partners of trans folk should take note of another comment she made: "I will never find a man who loves me." Many trans children grow up believing this because there are so few partners that are willing to come out. The media constantly tells trans people that they are unworthy of love. It is violent to collectively teach a certain group of youth that they will never be loved.

Partners of trans folk -- especially heterosexual cisgender male partners of trans women -- need to start coming out and stop treating their partners as a source of shame. We need to start having discussions about the problems within our community, such as the "chaser" culture in which men fetishize and objectify trans women. We have the power to tell society that it is OK to love trans women. Simply by coming out, we could greatly reduce the amount of violence against trans women. We should be on the front lines with the trans women who we are attracted to in their struggle for liberation.

This issue is different from a homosexual person fearing to come out. Two homosexual partners are on an equal playing field regarding their oppression for their sexuality and gender expression. However, in this case, one partner has a lot more privilege than the other. Cisgender male partners of trans women, while oppressed and stigmatized, maintain far more privilege than their trans partners. When we refuse to come out we are essentially saying that maintaining our privileged position by keeping our attraction a secret is more important to us than the happiness, dignity, and safety of our partners.

Why is this message coming from a cisgender man and not a trans woman? Well, the simple fact is that it has been coming from trans women for decades now, but trans women -- especially trans women of color -- do not have a platform from which to speak. They repeatedly have their voices drown out and covered up by the rest of society. The LGB movement has buried the voices of trans folk under mountains of corporatized parades and cries for marriage "equality" of which trans women are never included. This all happens simultaneously with the systematic erasure from history of the fact that trans women of color started many of these movements, including the Stonewall Rebellion which was led by Sylvia Rivera, Marsha P. Jones, and Miss Major.

Without a platform from which to spread their urgent message, trans women literally have to steal the platform to be heard. On June 24, in order to inform the country of the rampant abuse and torture of trans and queer immigrants in detention centers, Jennicet Gutiérrez was forced to interrupt President Obama's Pride speech. Without possessing the luxury to protest in a polite manner, the trans community must take any and all opportunities to be heard.

As a cisgender man who is attracted to and dates trans women, I face an incredible amount of stigma and even outright oppression. But if my community is oppressed simply for associating with trans women, what does that say about how oppressed and marginalized their community is? I am speaking about this problem because I have the privilege of being heard, listened to and taken seriously. But I am also using this opportunity to tell everyone that we need to do a better job of listening to trans women and paying attention to the struggles their community is going through. The ongoing gendercide of trans people and the rampant theft of trans women's right to love should keep us awake at night. This message should not have to come from a cisgender partner when trans people are saying it every day. 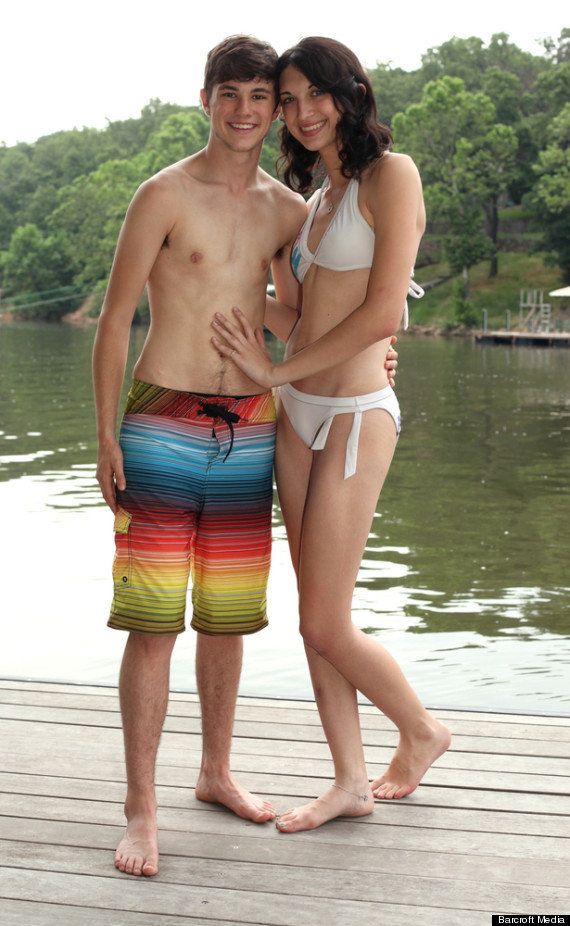 1 / 19
Transgender Teenage Couple Transitions Together
Arin Andrews and Katie Hill <a href="https://www.huffpost.com/entry/transgender-teenage-couple-arin-andrews-katie-hill_n_3639220?utm_hp_ref=transgender" target="_blank">warmed hearts around the world last summer with their unique and touching love story</a>. The pair met at a trans support group, after each had begun the transitioning process, and fell in love.
Barcroft Media