Right now, halfway through 2014, a quick Google for "Instagramming + food" retrieves an entire first page of results comprised of opinion pieces against the practice. There's the out-and-out "foodstagramming" takedowns (GQ, Adweek, McSweeney's), the "reports" & "evidence" on why it's facetious and ruining dining (The Atlantic, TIME, Huffington Post, ... Huffington Post), a claim that the behavior's best feature is highlighting food waste (TreeHugger.com), a trend piece on a restaurant paying people to post pictures of their food (The Daily Dot), and weird exhortations to start snapping the food's packaging instead (Upworthy. Of course.)

But below those 10 mostly-negative articles, there sits a neat stack of related search terms: "food instagram hashtags". "food instagram accounts". "food instagram mental". [all lowercase sic; emphasis mine.] Forget 10 articles maligning foodstagramming -- there could be 100 or 1,000, and people would still photograph their meals. 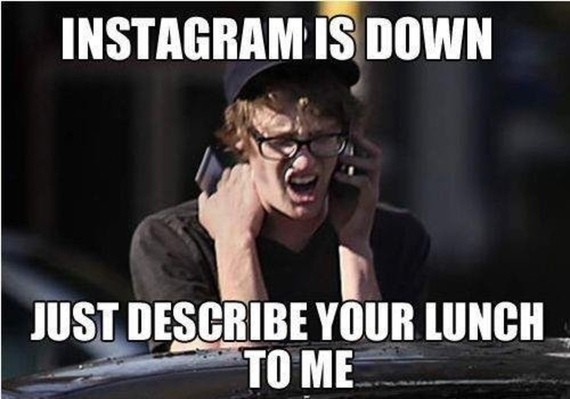 So here's a dose of 2014 reality for the haters who want to bar you from snapping a photo at the bar/restaurant: there are times when Instagramming a dazzling drink or heaping plate is totally fine. Totally. Fine. When someone gives me the business for hovering my iPhone over a totes-perf eggs Benny or pitch-black cup of coffee, I give them the business right back.

Here's when & why the people who tell you to stop Instagramming your meals are just flat-out wrong: 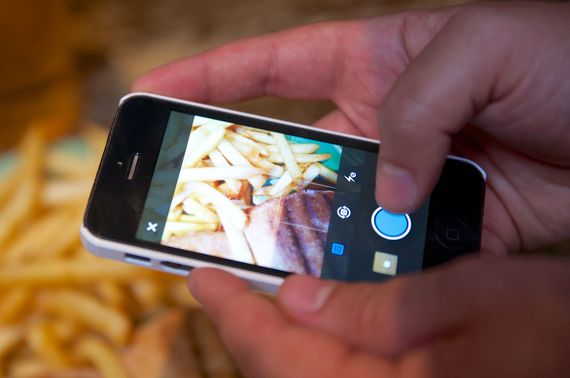 Remember where you've eaten
In today's cage-free, farm-to-table world, we talk about the culinary pedigree of Cleveland & Jackson in the same breath we do New York City & San Francisco. There's home mixology and hand-stuffed sausage and pickled everything. You might feel like a bit of a tool for saying something like "which artisanal nose-to-tail butcher collective should I buy my charcuterie from?", but you wouldn't be carted off to the insane asylum.

This is a dense, complex, and delicious playing field, and you'll need a game plan. Instagram is that. Pull up your feed, and you'll know where you ate & what you drank, all geo-located and pretty for your review. It trumps sifting through old Yelp reviews and Foursquare check-ins. It's an up-to-date passport of your life & times. Unlike an actual passport, though, you can use it to document a tasty burger one minute, then, in the next minute, use it to send tasteful nudes to consenting sexual partners while eating said burger. That's pretty terrific.

Surface food & drink that you've never encountered before
I live in a small city on the Western tip of Long Island called Brooklyn, New York. You may have heard of it. At last count, there were approximately infinity different ethnic groups living there, and each of 'em has their own cuisine. Have you ever seen a picture of West Indian food? It looks like the best thing you've ever eaten in your entire life. And guess what? It is.

Call me "close-minded" or "sheltered" or "a white person from the suburbs", but I didn't grow up eating jerk chicken. Unless I stumbled across an Instagram of jerk, tagged at a restaurant literally four blocks away from my Prospect Heights apartment, I may've never gone out of my way to try some. Thank you, jerk-Instagrammer. You're NOT a jerk.

Balance Yelp's sometimes-misleading vitriol
Don't get me wrong: there's nothing like a particularly scathing (or particularly dumb) Yelp review. It's magnificent. But Instagram is a really nice counterbalance to the persistent rants you find on that site.

Before you go to a restaurant, check out its geo-tag on the 'gram. You'll get more photos -- and way better photos -- of the food, drink, and atmosphere. People Instagram the absolute best food/drink presentation possible, so if you average it out against Yelp's sometimes-snotty citizen-journalists, you've got a more holistic view on what the experience will be like. Which is nice.

We've still got plenty more reasons why you should keep Instagramming your food -- and it's all on Thrillist!

How to Pronounce the 16 Most Confusing Food Words