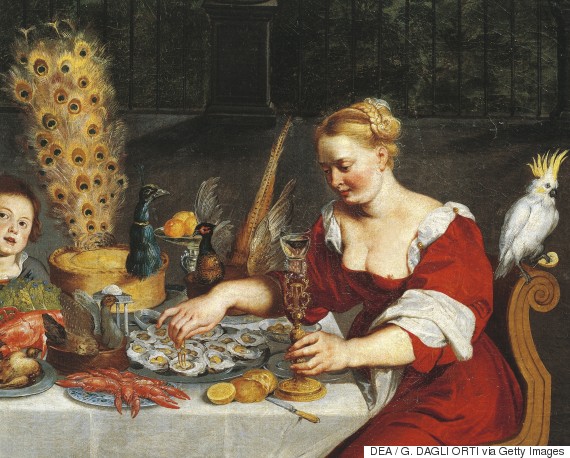 Being a woman who writes on the internet, I've received more than my fair share of unsolicited advice from strangers. I consider this frequent barrage of advice an occupational hazard and occasionally fun fodder for Twitter, mostly because it comes primarily from total goobers. I would be willing to just take one for the team if it meant that other women didn't have to deal with this shit in everyday life. But alas, total goobers live and walk among us, often disguised as family and friends. And they love nothing more than to give unprompted advice to women -- single women in particular.

This might not be so grating if the advice delivered weren't so inconsistent: Apparent experts on matters of mate-snatching offer diametrically opposed approaches to dating within the same articles. Maybe you're too clingy, but maybe you're too distant! Maybe you're too meek, but maybe you're too intimidating! The common denominator of this particular brand of lifestyle commentary and advice is the belief that women must only be single because they're doing something wrong.

This article originally started as a plea for women to "Stop Feeling Bad for Dating So Hard," and I planned to defend the kind of constant binge-dating I did when I was single. I would literally set quotas for myself as I swiped through Hinge and Bumble at night: Ten new matches before I would let myself go to sleep. When nothing promising was on the horizon, I went on two to five first dates per week. I believed (and still believe firmly) in dating as a numbers game, and that to get what I wanted (a boyfriend), I would have to keep playing the fucking game.

Related: 17 Women Talk About How to Make Friends

But when I lamented the shoddy state of my love life, I was frequently told that I was "trying too hard" and that I needed to "just let it happen." Some even suggested I "chill out on dating" for a while. As a dyed-in-the-wool try-hard for life, I resent the very idea that there is any such thing as trying too hard. And as someone who is familiar with Newton's First Law, I know that nothing just fucking happens. And I wish God's mercy alone on anyone who tells me to chill. I can't spot flirtation if it's licking me from my chin to my forehead, and I refuse to join some kind of co-ed adult dodgeball team. Binge-dating via apps was going to be the way it happened, if it happened at all.

Then I read a story by Maris Kreizman in which she explains that getting together with her fiancé Josh was not a result of "putting herself out there" but luck. "Reader, I got lucky. That's it. For once in my life I got phenomenally lucky. I'm still the same old me with the same insecurities and biases and hangups but now I've found someone I love very much who loves me back." I found myself defensive about how I find my own boyfriends: through focused, rigorous, and nearly constant being "out there." But seeing as Maris is a friend and I am not a monster, I asked her to talk about her piece with me before passive-aggressively writing about it. "My piece was really about the immense guilt women in particular feel if they're not doing all that work," Maris told me via Gchat. "I wanted someone out there to read my piece and feel okay with staying in on a Saturday night." Several readers, she said, told her they showed the article to their moms to shut them up.

Related: Here's What Happens When Women Talk About Money

It may seem naïve, but I was genuinely surprised by how many women had been bombarded with the "put yourself out there" line when I had so frequently been told to reign it back in. Underlying both sets of tips was the suggestion that we were fundamentally flawed. The advice Maris received was not just that she needed to fire up Tinder more often, but that her refusal to do so made her unworthy of the love she wanted. In my case, it was not just that my earnest approach to dating was not netting me any matches or dates. It was that my refusal to hide a deep desire for a meaningful relationship appeared desperate, thus ruining my potential for getting anyone to want me back.

All of the suggestions lobbed at single women may seem like helpful attempts to improve their prospects, but at their heart is a belief that single women are problems to be solved rather than individuals in need of a little empathy. "I really resent now that people treat my singleness as if it was a flaw that I fixed," Maris told me. I would venture a guess that more often than not, a woman expressing sadness about her romantic life is expressing a feeling in search of a witness, not a coded desire for a ten-step, 30-day program to becoming more marriageable. It is okay to simply say, "I am sorry that you're hurting. Let me know if you ever want to talk about it." And when and if they do talk about it, be discerning about when you deliver advice and what kind. There is a massive difference between, "I wish I was not single" and "I would do absolutely anything to not be single anymore." Single women have likely heard of the latest app that promises better results than the last two they tried. They realize that a Saturday evening with their favorite TV show is not a night out with their future spouse. They know about the goddamn dodgeball league.

And so to all of those friends to whom I've given unsolicited advice, I'm sorry. And to those strangers that I told to stop flirting by committee, go right ahead if you think crowdsourced texts are better than the ones that you think up alone! If you want to stick around on a bad first date in hopes that it'll get better, I'm here at home lighting a candle for you and rooting for you. And if there's some total babe at that tacky-ass wedding that you want to bond with over how bad the wedding is, go on with your petty-ass self. Women, as it turns out, know what to fuckin' do.

12 Women on Twitter and Self-Promotion
What the Modern Working Mother Really Looks Like
How to Win at Marriage Counseling
The 101-Year-Old Artist Finally Getting Her Due
I Love My Husband, But I Hate Working With Him