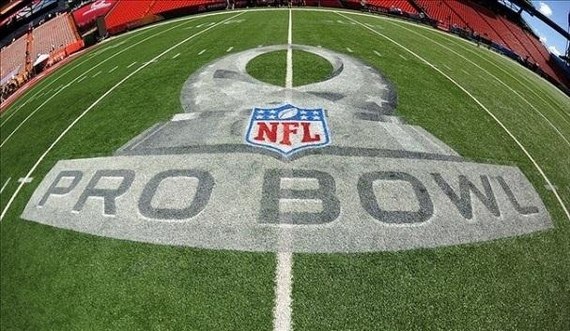 The NFL has a problem. The problem is the Pro Bowl. The Pro Bowl is an All-Star game for NFL athletes who've had amazing seasons. These athletes are selected by the coaches of the NFL with some influence from public voting. However, the actual Pro Bowl game itself has gotten very dry and boring. In fact, coaches are even bored with the game, so bored that Richard Sherman was on offense and Odell Beckham Jr. on defense for a play or so.

Now I'm not saying let's not honor the best players of the season, but I'm sure there are better ways to do it. In fact, every other major sports, like MLB and the NBA, have more events than just the All-Star Game. Why not have a week of festivities which showcase certain skills of players, such as kicking, throwing or catching the ball. Rather than just having a game, let's see which kicker can kick the farthest field goal or which punter can punt the farthest? In my opinion, these players are the most underutilized in the Pro Bowl, with all the trick plays being played out year after year.

If the NFL wants to cash in on the attention and ratings it gets in the regular season, then spicing up the All-Star week with skills games for certain positions seems like more than a viable option. Not only would the NFL get more money due to television contracts, but it'd also keep the attention it seeks from the regular and postseason right before the Super Bowl. Unless the NFL does not want to take advantage of the amount of cash revenue and profit it could earn from showcasing its best players in pure competition than just a game which is very, very boring; then there should be no real reason for a "Pro Bowl week".

Just think about having Gronkowski in a football accuracy throwing contest against Delaine Walker. Now that's something I would tune into watch. It's just time for the NFL to reform how they showcase the best players of the season and in the game. In fact, the Pro Bowl is even boring the players -- many of the original chosen candidates dropped out a week or so before Pro Bowl week causing for the reserves to step into the spots. It just seems imperative for the NFL to reform the Pro Bowl or else the Pro Bowl week will always be a crap week for the league.

Moving the Pro Bowl up to the week before the Super Bowl was a great idea. Now it's time for the league to take the next step and change the Pro Bowl. There should be a game, but the game should be supplemented by a skills contest as seen in other major sports. Without something else to entice viewers, the game has become dry and boring since there really isn't anything on the line. The MLB has home field advantage, the NBA has the dunk contest and skills competition, and the NHL has an exciting All-Star Game in the middle of the season. The NFL needs something more and the time is now.