Adam Crapser is a loving father. He is also Korean-born American adoptee who has been subjected to and survived a failed adoption and extreme and sustained child abuse.

Now, the country that promised Adam a good family and a better life continues to punish him for its own failing systems. Like other immigrant families impacted by deportation and detention.

Adam has been unjustly detained by Immigration and Customs Enforcement (ICE) on February 8, 2016. He is currently being held indefinitely at the Northwest Detention Center in Tacoma, Washington. 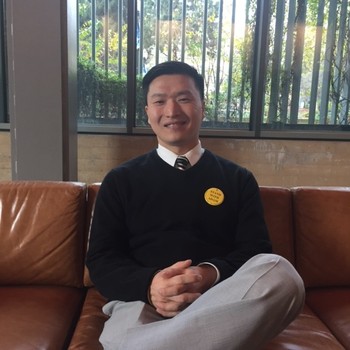 This is a follow-up of my April 8, 2015 HuffPost regarding the plight of Adam Crapser and the danger of deportation facing all internally adopted American citizens. 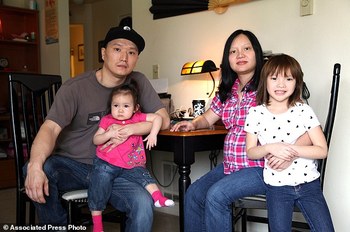 Adam was adopted from a Korean orphanage by U. S. citizen parents at the age of three. With the promise of being placed in a safe and loving home and a better life. Instead, he faced chronic and severe child abuse and neglect from two sets of adoptive parents. To compound this, both sets of adoptive parents and the State of Oregon failed to fulfill their responsibility to naturalize Adam. Because of their failure, Adam, now 40, is being held in a detention center and faces the possibility of being deported to a country, or understand the culture.

Adam and his family deserve to live with dignity and support. All adoptees deserve to be raised in nurturing and loving families. All survivors of childhood violence deserve compassion and access to mental health services.

Instead, he is being deported for the failure of those who handled his adoption when he was just a child!

ALL those internationally adopted into America face the same awful outcome. 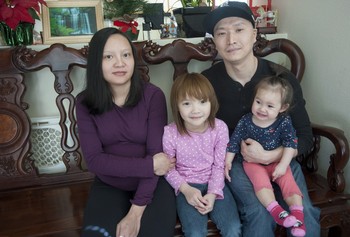 If you have adopted internationally or know someone who has, please be sure that the adopters have secured citizenship for the children they have adopted. Many who adopt internationally are unaware that it is not done automatically, as well it should be.

The Korean adoption community is supporting Adam Crapser and the estimated 18,000 Korean American adoptees that do not have U.S. Citizenship, NAKASEC (the National Korean American Service & Education Consortium) launched an Adoptee Rights Campaign.

NAKASEC and Adoptee Rights Campaign have established the following ways you can support Adam by taking any or all of these four actions:

1) Sign a petition in support of Adam being immediately released from detention and removed from deportation proceedings.

2) Write a letter to the immigration judge at the Tacoma Detention Center urging for Adam's immediate release. Please send letters to adopteedefense@gmail.com. These letters will be delivered by Adam's attorney. If you know Adam personally, please indicate that on your letter. Talking points for your letter can be found at this dropbox link.

3) If you are a member of an organization or congregation, please ask them to write a letter to the immigration judge at Tacoma Detention Center urging Adam's immediate release. Please send letters to adopteedefense@gmail.com. Talking points for your letter can be found at this dropbox link.

4) Donate to the Adoptee Defense Fund to cover the legal and counseling fees for Adam and adoptees similarly in harms way.