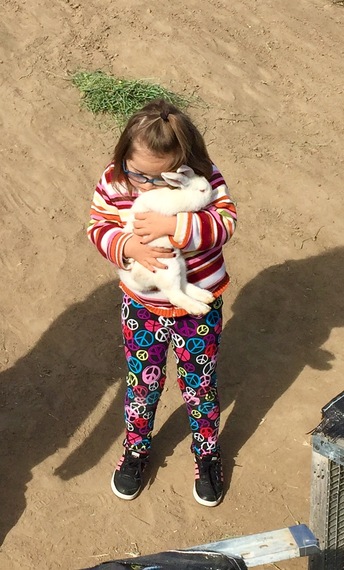 I'm a recovering news addict. When CNN introduced 24-hour television news in the 1980s, I eagerly turned on the TV and watched whenever I could. More news channels followed, and soon online options were available. I became fanatical about reading and watching the continual dissemination of information, aware of the various prejudices and slanted accounts of the same events. I got so frustrated I often yelled during the reports. Obviously, I needed an intervention.

I checked into a rehabilitation facility: my daughter's home. I was there for a week to watch two grandchildren; a nine-year-old, rambunctious, creative, independent girl and a sweet, inquisitive, shy, six-year-old girl. My daughter and her husband didn't have a television on the main floor, so I couldn't automatically turn on the news. I started to panic.

Withdrawal was painful, at first. I sneaked online a few times to monitor social media for updates, but was quickly distracted by the children. I finally gave up and focused on more substantial activities that included pumpkins, crayons, and homemade salt dough for a school project. My usual evening routine of watching the nightly news until I snarled was replaced by a soothing ritual of reading stories and singing lullabies. By the third day, my left eye had stopped twitching.

After three days without reading or watching the news, I seemed more calm. I took the girls to a nearby farm that had converted a field into an autumn wonderland featuring hayrides, storytelling witches, pumpkin bowling, a straw maze, and animals. One granddaughter pulled a huge slingshot to catapult a potato into a basket while the other one clutched a bunny and refused to let go. They scrambled through a straw maze and slid down a plastic sheet stretched over some hay bales. They were giddy, and the sounds of laughter filled the air. By the end of the day, I realized a sense of comfort I hadn't felt in a long time. 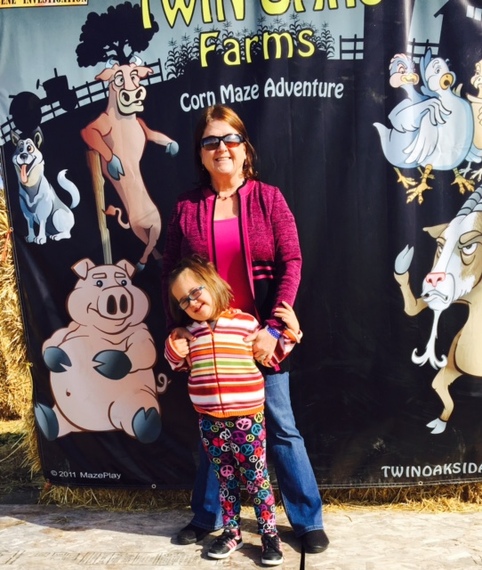 The current political season has robbed some of us from seeking and feeling joy. There is so much contention, anger, and vitriol that families are torn apart, strangers fight with each other on social media, and a few online websites predict the impending catastrophic end of the world. Online comments are the worst. I was shocked when a few of my friends on social media wrote how happy they would be if a certain presidential candidate died suddenly. What? These are funny, positive, middle-aged women. How did we come to accept such hostility?

In my child-distracted opinion, we need to turn off the news. The big news organizations are driven by the same motive that creates drug dealers: profit. They make money through ratings, and they get bigger ratings with inflammatory, contrived, and sensationalized reporting. The public is consumed with salacious stories about the latest round of accusations and threats among the political candidates and their supporters. Just as an addict needs increased potency in a drug, news addicts need more powerful news stories to keep them agitated. I was a young journalism student when I first studied the phrase "If it bleeds, it leads." That adage remains true.

Years ago, many people read tabloid magazines in privacy while sitting on the toilet. Now, they invite toxic images and words into their homes and conversations. They forget little ears are listening. Children sense the stress from the adults, and they don't like it. I had a habit of surfing between news channels in my car. Once I was taking my granddaughter to lunch while listening to a news program on my radio.

"It's just a news report," I answered and changed the channel to a soft jazz station.

I'll continue to read and watch my favorite television and online news outlets and websites, but in moderation. It's important to keep informed in case there's a pending zombie attack or a shortage of Cabernet. And I don't want to be ambushed by an intrepid reporter asking me to identify a photo of the vice president, even though I know but most don't. As for the elections, I'd vote to send all politicians to a remote island and not return until we miss them.

One of my favorite images from our field trip to the farm is of my darling granddaughter holding a bunny. She fell in love with the animal and showed such tender compassion that other children and adults stopped to watch her. This child possesses the ability to sense many feelings including sadness and joy, and she chooses love. She also has Down syndrome. She doesn't watch the news.