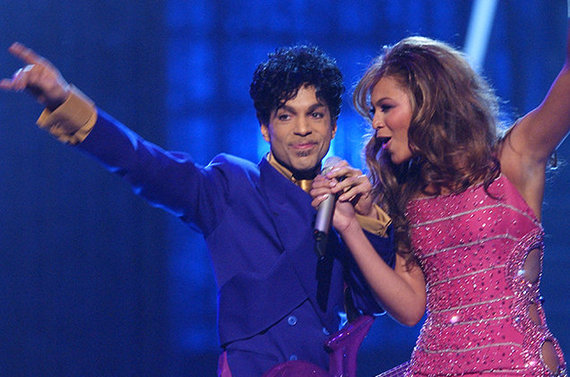 Whitewashing is a process that we are all too familiar with. It's prevalent in our history books, movies and shows we watch daily. I have become immune to whitewashing; it's Hollywood's favorite pastime. It's seeping through to our black artists though, and that's where I have an issue. On April 21st, the world said goodbye to Prince, a legendary musician whose career spanned over many decades. Prince was a full black man who loved his blackness and yours too. He donated to many black causes in his lifetime. However,many media outlets reported his race as mixed after his death, stating that he "transcended" race. How come every time a black artist generates success, they're everything but black?

It's callous to completely erase who Prince was. He wasn't ashamed of his blackness; you could hear it through every note of his songs. His blackness was the key reason why MTV didn't want to play his videos. Now many people want to ignore his blackness, and whitewash his legacy. They want to make Prince's legacy "acceptable", as if being black is inconvenient. No, Prince did not transcend race. It's not a compliment to imply that Prince's race wasn't important to who he was as a person -- it's erasure.

His love for his race crossed over to his humanitarian work. He helped out fellow musician Lauryn Hill when she was in trouble and tried to help her children. In 2001, he donated $12,000 to an African-American library to help it stay open. During the Freddie Gray uprising, many celebrities wanted to show their support and promised to come to Baltimore. For the most part, those were broken promises, but Prince showed up and gave Baltimore a memorable show. Blackness seeped through every facet of Prince's life, from his music to his charity work; disregarding it is disrespectful to his legacy. He was black and he wasn't afraid to showcase it for the world to see.

It's not just Prince. Over the weekend, Beyonce premiered one of her best projects to date, Lemonade. We all rejoiced; finally, a project by an African-American woman, for African-American women. The media didn't understand that concept and disregarded the whole message of Lemonade. Lemonade is an album dedicated to the struggles of black women, but Latina Magazine attempted to erase Beyonce's race by making her an "honorary Latina."

Instead of celebrating and accepting these people into their communities, they want to claim Beyoncé as their own too. You can't have her. Every time a black artist achieves success, they are whitewashed. There's no way a full black artist can be this talented, right? They have to be mixed with something, right? That's the message that we're getting.

Prince was a talented black musician. He never denied his blackness, but the media wants to. When Michael Jackson died people disregarded his vitiligo, and vehemently insisted he wanted to be white. They forgot that Michael was in fact a black man plagued with a illness he could not control. We see whitewashing manifest everyday, and it's heartbreaking that society continues to deny black artists the credit they deserve. They attribute their success to whiteness and that in itself is asinine. Blackness and success aren't mutually exclusive.