Can social media make a difference in times of war?

Amid talks of a possible ceasefire between Israel and Gaza on Nov. 20, social media users are calling for peace by flocking to photo-sharing app Instagram. Under the hashtag #StopTheTerror, over 7,500 photos have been uploaded to show global support for reconciliation within the last four days.

Thirty-year-old Israeli television producer Ido Simyoni (pictured above) created this Instagram movement as a cry for peace in his country and throughout the world. While he states he "could have used the hashtag 'stop the Palestinians' or 'stop the Hamas,'" he realized that the "campaign should not be political."

"As I see it, it doesn't matter if you are American or European or Middle Eastern; we should all be united saying 'Stop the Terror,'" he told Huffington Post in an email.

Simyoni's Instagram peace campaign is characterized by users snapping pictures of themselves with the word "stop" written on their hand, along with a #stoptheterror hashtag (seen in the slideshow below). Under the handle @ido8all, Simyoni interacts with an impressive 79,000 followers on this photo-sharing platform.

"When I started the campaign, [the] first picture reached almost 6,000 likes, which made my closest friends post pictures too," Simyoni told us. When his second #StopTheTerror photo reached 11,000 "likes," the campaign began to take form. "At one point, Israel's biggest celebrities had uploaded their pictures which made the local media interested."

But can uploading a picture and adding a hashtag really accomplish anything during a crisis? Simyoni believes spreading this simple message is vital to achieving an accord. "I come with peace to this project hoping to increase the awareness of how it is important to defeat terror everywhere," he told CNN iReport.

Israel began air raids after Gaza's Hamas rulers fired rockets into the country earlier this Novemeber. At the time of publication, 840 citizens in Gaza have been injured from the attacks, while another 113 Palestinians have been killed. In Israel, three fatalities were reported and dozens have been wounded. Though over 1,000 rockets have been launched from Gaza, the death rate may remain low in Israel due to Israel's state-of-the-art missile defense system.

What are your thoughts on social media use during times of war? Let us know your opinion in the comments section below, or tweet at [@HuffPostTech]. Then flip through intimate Instagram pictures from the Israel-Gaza conflict (here).

Below is a sampling of Instagram photographs tagged with #StopTheTerror: 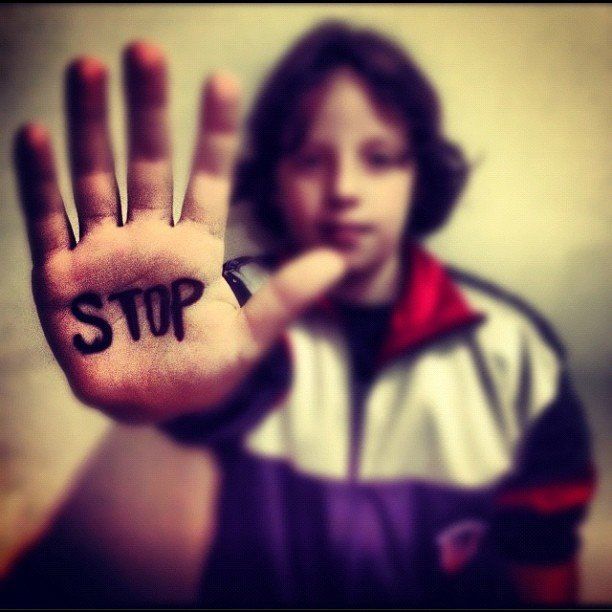