Hoping to pick up some chocolate, apples, lemons or watermelon during your next outing to the supermarket? What about an iced coffee with a splash of cream? Bees, beetles, butterflies and their pollinating brethren are essential in the production of nearly 75 percent of our crops, and without them, you could count out all those foods -- and many, many others.

Pollinators are dying off in record numbers, and scientists are still struggling to figure out what's causing the problem (pesticides? food availability? mites?). Today, a quarter of Europe's bumblebees face extinction, and the beautiful and beloved migration of the Monarch butterfly -- another pollinator -- is in danger of disappearing.

Last year, Whole Foods Market removed all of the fruits and vegetables dependent on pollinators from its produce section to create a striking visual of what our supermarkets would look like without these important creatures as part of its Share The Buzz campaign. The store ditched a shocking 237 items, or 52 percent of the normal product mix. This year, the grocery chain has extended the pollinator's reach to the dairy counter, where milk, yogurt, butter and cheese could disappear. 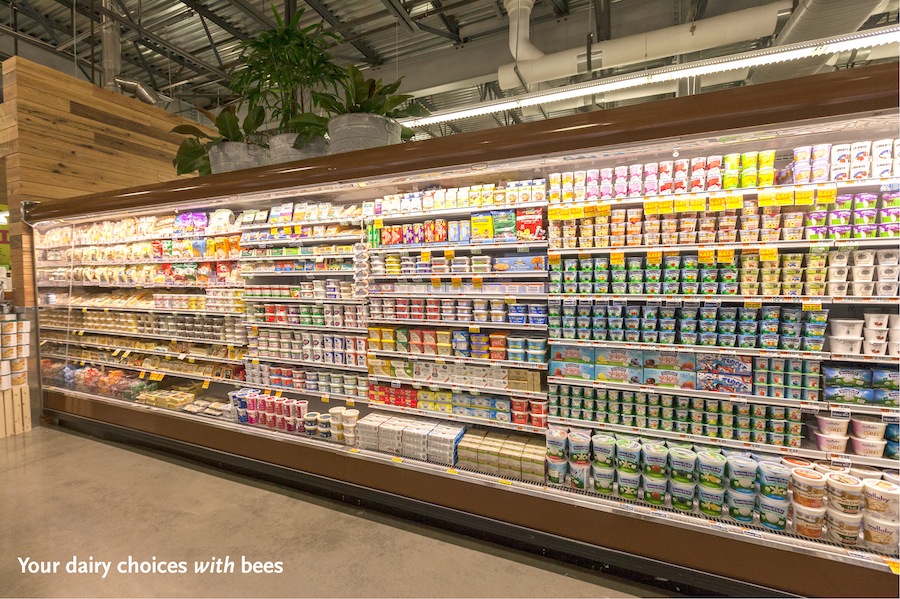 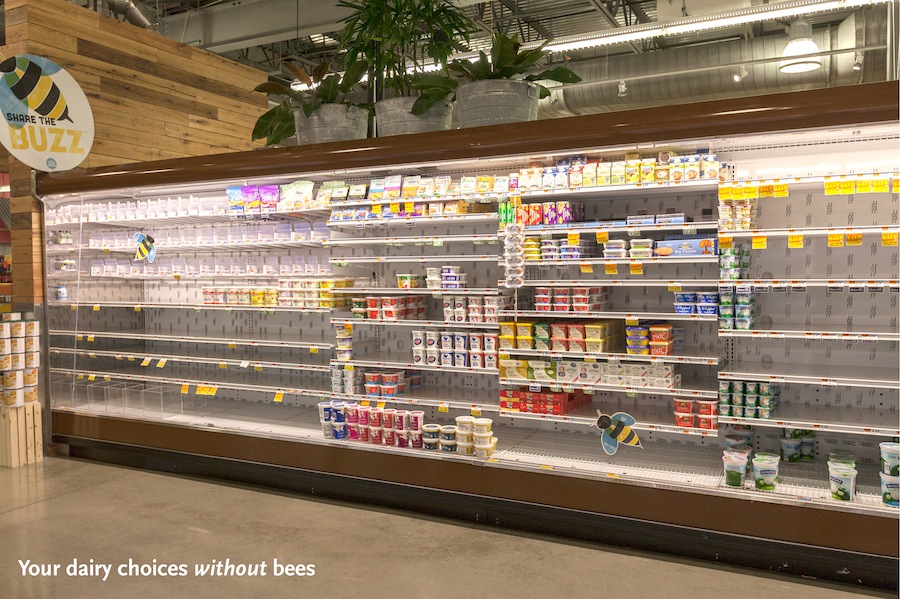 The grocery chain wrote "with bees" and "without bees" on the photos because they're the most well-known pollinator, but it removed any food that would be impacted by a loss of pollinators more broadly. (Surprise: chocolate is pollinated by flies.)

"We wouldn't really have much of a business or a livelihood on one level without pollinators," Errol Schweizer, Whole Foods executive global grocery coordinator, told The Huffington Post. "We'd see a 70 percent reduction of foods, and really, without pollinators we wouldn't have a food system."

What can consumers do? Schweizer suggested buying organic.

Scott Black, executive director of the invertebrate conservation nonprofit Xerces Society, has been working with Whole Foods for years to educate consumers and address the root cause of pollinator decline. He calls his work "advocating for the bottom of the food chain" that often goes overlooked.

"One-third of every bite we eat is due to a pollinator," Black told HuffPost. "These pollinators are vital for us as humans, but they're also vital for the planet -- we require animal pollination for 85 percent of flowering plants. These bees are producing the fruits and the seeds from pollination that feed everything from songbirds to grizzly bears."

Want to learn more? On Saturday, June 21, Whole Foods is holding a "Human Bee-In" in its stores to teach customers about the issue.

Take a look at the original produce section without bees below. 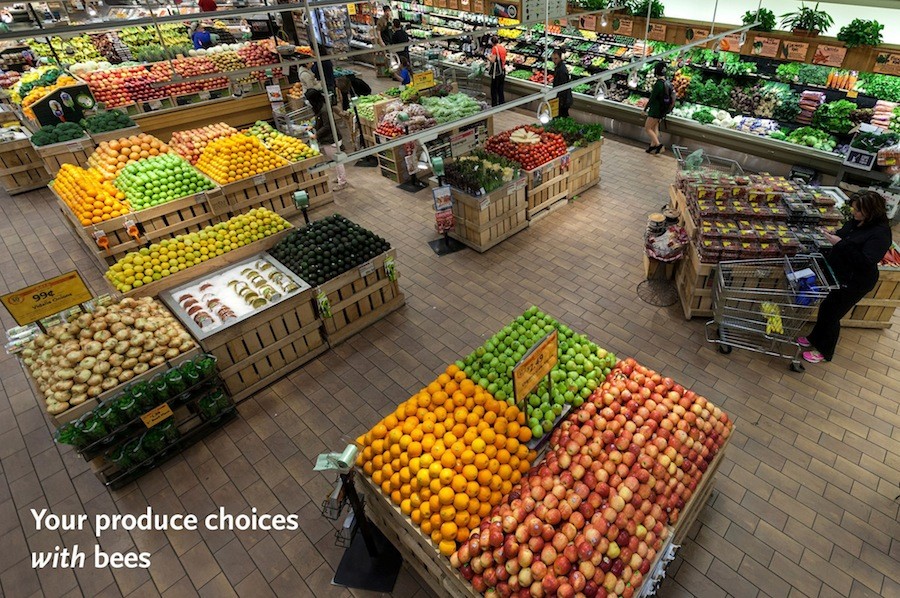 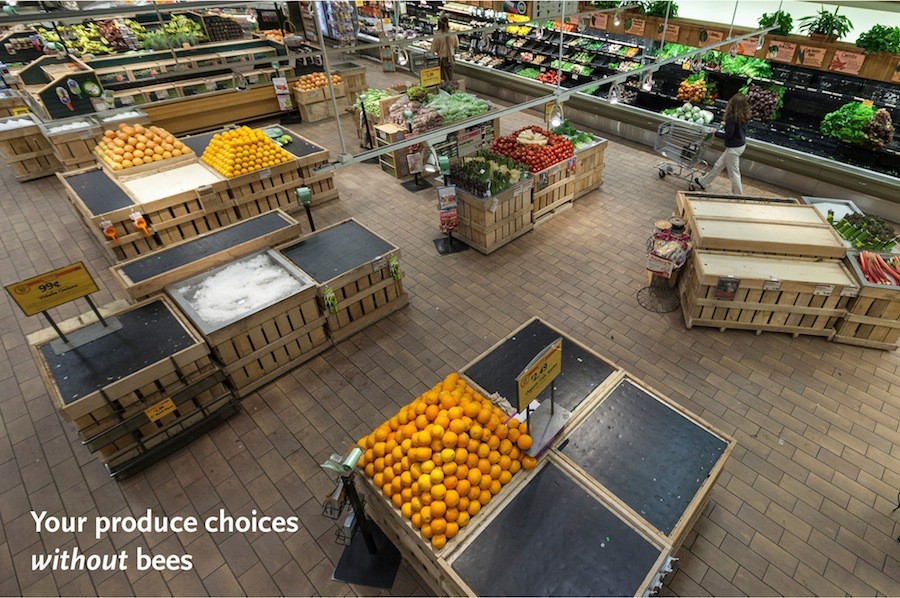