The gulf between Democrats and Republicans is wider than ever, and this partisan divide is spilling over into the nation's largest and most prominent stores and restaurants.

In recent years, companies and their customers have increasingly aligned themselves on either the liberal or conservative side of three sharply divisive issues in America: God, guns and gays. And the store you shop at often marks what side of the spectrum you're on.

Hobby Lobby, the Christian-identified crafts store, is only the most recent company to take a side. On Tuesday Hobby Lobby scored a major victory at the U.S. Supreme Court, which ruled that the company didn't have to provide health care coverage for any contraception that violated the company's "religious beliefs." 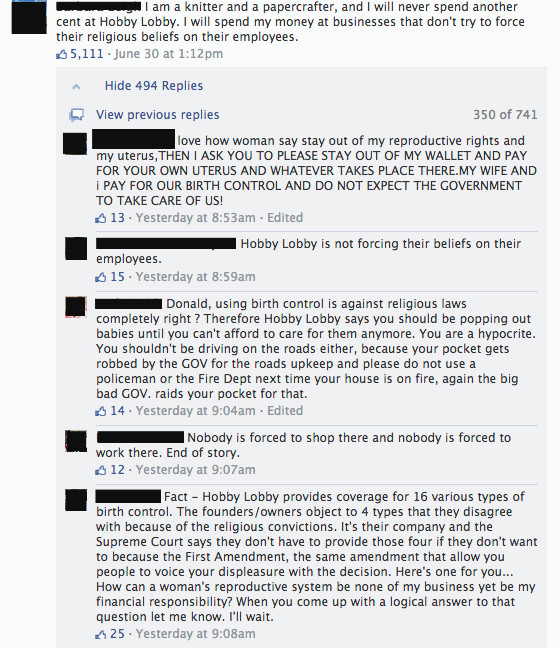 Many said that they'd be sure to take their arts-and-crafts business to rival store Michaels.

While the idea of a small business -- think independent bookshop or gun store -- taking a political side is nothing new, large public companies traditionally have tried to remain above the political fray. Now we seem to have arrived at a new cultural moment where big brands are less afraid to stake out ideological turf.

Democrats and Republicans are more divided now than at any time in the past 20 years, according to a June survey from the Pew Research Center of 10,000 Americans. The share of Americans expressing very conservative or very liberal beliefs has doubled over the past 20 years, according to Pew. As a result, the level of ideological overlap between the two parties is at its lowest level in years. 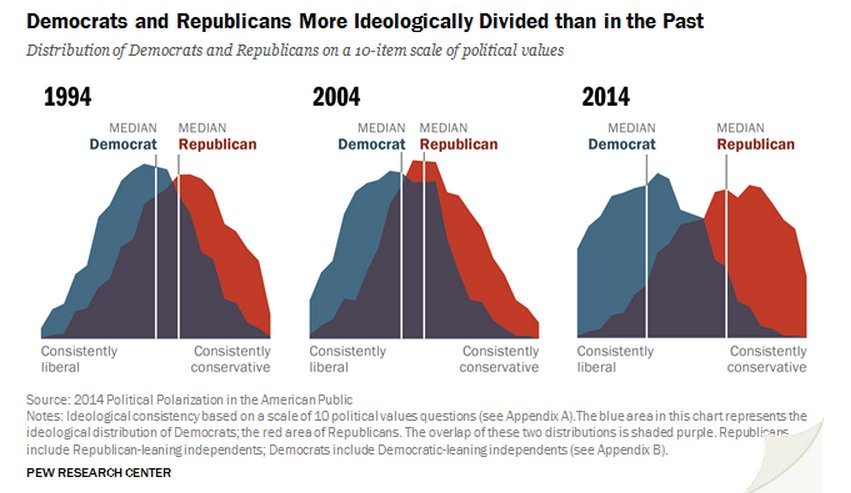 That gulf manifests itself far from the voting booth, Pew found. Americans who report consistently conservative and consistently liberal beliefs are typically only friends with their own kind. Liberals tend to live in urban, walkable communities where the houses are smaller and closer to shops and restaurants. Conservatives gravitate toward larger houses far from shopping areas. There are even online tools you can use to find towns that fit your political preferences.

The split in liberal vs. conservative shopping habits is sometimes referred to as the Cracker Barrel-Whole Foods divide, thanks to an analyst at the Cook Political Report named David Wasserman who found that Republican voting districts tend to have a lot of Cracker Barrel restaurants, while Whole Foods stores are typically found in mostly Democratic districts.

The passion and the fury over Hobby Lobby would be familiar to anyone who watched Americans rumble over Chick-fil-A.

The fast food chain sparked a bitter war over LGBT rights in 2012 when chief executive Dan Cathy said in an appearance on “The Ken Coleman Show” that same-sex marriage was "inviting God's judgment on our nation."

Gay-rights supporters quickly condemned Chick-fil-A for bigotry, and defenders of "traditional marriage" came to the chicken chain's aid, staging a national "Appreciation Day." Reflecting on the controversy two years later, Cathy told the Atlanta Journal-Constitution that he regretted turning his restaurants into a cultural battlefield.

Even so, Chick-fil-A profited from all that exposure and stole KFC's chicken crown in 2013, surpassing its archrival in total U.S. sales. Chick-fil-A raked in $5 billion last year to KFC's $4.2 billion.

This year, ideological skirmishes over guns also spilled over into department store aisles and fast food drive-throughs. On Wednesday, Target announced a no-guns policy, asking shoppers to leave their guns at home the next time they come to the store. This came after two months of protests from pro- and anti-gun groups.

"Bringing firearms to Target creates an environment that is at odds with the family-friendly shopping and work experience we strive to create," Target's interim CEO John Mulligan said in a statement Wednesday.

The move by the nation's third-largest retailer sets it apart from one of its biggest competitors. Walmart, the nation's biggest gun-seller, told The Huffington Post that it has no plans to say anything about guns in the near future. The company has tried to stay above the political fray on the issue, citing only sales data every time it makes a decision about whether to stock guns in certain stores. Still, in 2008 the big-box store did voluntarily agree to use stricter gun sale policies as part of a deal with Michael Bloomberg's Mayors Against Illegal Guns. 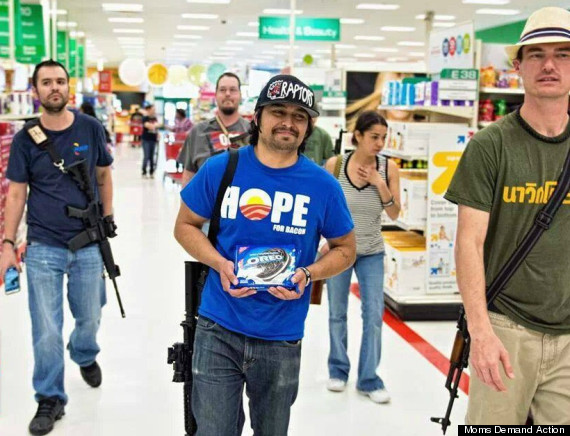 Companies that stick out their necks for some religious or ideological cause often say they're sacrificing profits to uphold morals. But it's difficult to determine whether or not a political stand will impact a company's bottom line.

"The way the country is very much divided on some of these hot button issues, it's very hard to read," Ted Marzilli, CEO and global director of YouGov BrandIndex, which tracks the perception of brands, told HuffPost. In Target's case, executives will just have to wait to find out what the impact will be, he said.

Political ideology plays a role in shopping behavior, according to Vishal Singh, a marketing professor at NYU’s Stern School of Business who has studied the topic. Singh’s research shows that conservatives are more likely to pick more established name brands over generics and are slower to adopt new products. They also tend to favor domestic over foreign beers. These trends are consistent with attitudes associated with conservatism, such as being skeptical of new experiences, Singh said.

Specific brands also carry certain perceptions as being more liberal or conservative, Singh said, but it’s still not clear if shoppers follow those patterns. Singh is currently in the midst of a study he hopes will help show what brands have the most market share with conservative and liberal shoppers.

Still, he has his hypotheses.

“Tar-jay versus Walmart -- I would imagine the demographic profile would be different,” he said.