Storm chaser Scott Sheppard was hit by lightning while filming near Fairburn, S.D., on Tuesday -- and the entire scene was caught on video, which you can see above.

Sheppard was recording the storm on an iPhone from inside a car with his arm stuck out the window when he was hit.

"The strike hit his arm and then traveled down to the ground and blew a hole in the pavement," SevereStudios wrote in the YouTube description. "The lightning also disabled his vehicle and a passing car, both of which had to be towed. Scott has a sore arm but is otherwise OK."

Writing on the studio's Facebook page, one user speculated that the car acted as a Faraday cage, saving Sheppard.

Contrary to urban legend, it's the Faraday cage formed by the metal of the vehicle -- and not the rubber tires -- that protect a passenger from lightning.

Inside a metal vehicle (and not a convertible) "a person is shielded by the metal of the car and lightning would be safely conducted around the people inside," Dr. Richard Blakeslee and Dr. Monte Bateman wrote during a 2011 NASA chat. 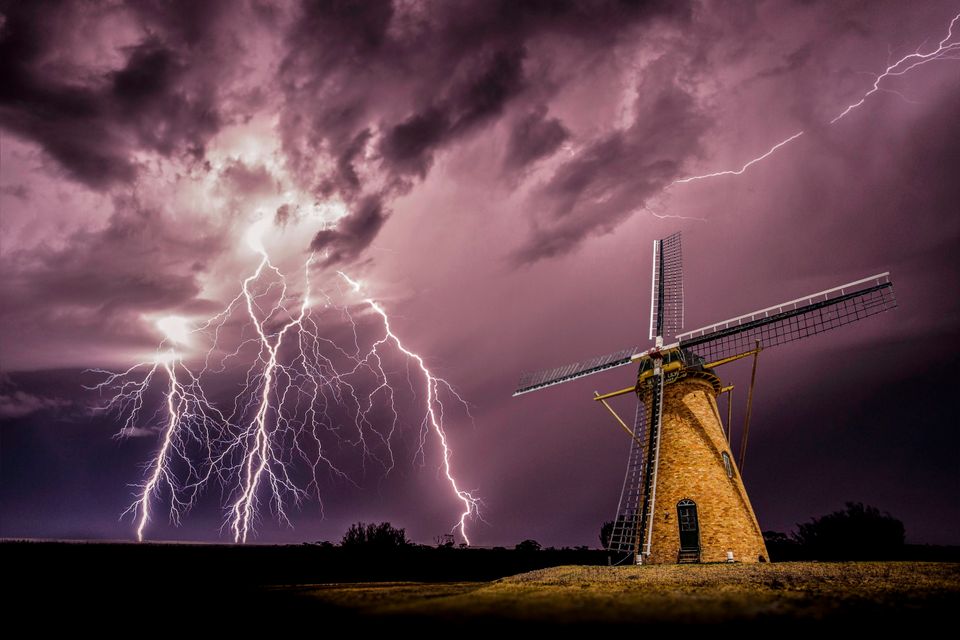