James Hansen is frequently referred to as "the grandfather of climate change science." Hansen first brought global warming to the world's attention in the 1980's, when he testified before Congress. His work inspired the film An Inconvenient Truth and established the target of 350PPM as the "safe" level of CO2 concentration in the Earth's atmosphere. His first book, Storms Of My Grandchildren, is being published this month by Bloomsbury. 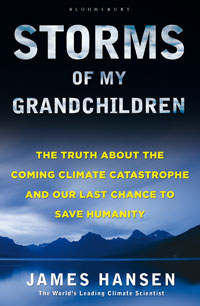 You were involved with an action at the NRDC (Natural Resources Defense Council) offices in Manhattan Monday and obviously emotions can run pretty high on this subject, but I think there is some truth to what you write in your book that they are serving the business-as-usual model. Do you see that as changing and what do you think people can do to try and effect some change in those policies?

That's a very good question and I should first of all say that I think their intent was obviously good and I can kind of see the path that they were led down. For example, in the case of the Environmental Defense Fund, I know Michael Oppenheimer very well who was their chief scientist for a long time. They were involved in the cap and trade for sulfur and acid rain and he feels that that was a success. Now I argue exactly the contrary and I do it much more explicitly in an op-ed that I submitted to the New York Times that has been nominally accepted -- I think they are going to publish it this week -- but I make the point that in fact it didn't work; it actually is an example of exactly the problem because first of all they did horse trading before it started with the polluters. Unfortunately, it seems you have to bargain with the polluters, and then Congress gave grandfather status to coal fired power plants which allows them to escape many environmental regulations. Then the cap actually serves as a floor so that although they mandated a 50% reduction in sulfates, that is equivalent to changing a smoker from two pack a day to one pack a day -- you still have a lot of damage. In fact it has been shown in an EPA study that an additional reduction of power plant coal emissions has an economic value twenty-five times greater than the cost of making those reductions. Yet they are not made because of the floor and it is so difficult to go back and get Congress to pass a new law. So you actually want a system that drives your emissions downward and eventually eliminates them and that's why I would like, in the case of CO2, a carbon price because the feedbacks will drive less and less emissions as the cost goes higher and new energies because cost competitive with fossil fuels.

Likewise in the case of the NRDC, they've been promoting their own form of coal burning that allows you to capture the CO2 more readily. They have been working with China on getting them to use this type of technology in their power plants which is more capture ready. But of course capturing is going to add substantial costs so its highly dubious that those power plants will actually capture CO2. They were trying to do things that were helpful, but their judgment, in my opinion, is not good. There is no such thing as clean coal.

So you do not subscribe to the theory that something now is better than nothing?

That's right and we see exactly why. Look at the Kyoto Protocol. It took ten years to get even semi-implemented but in fact emissions -- even the growth rate of emissions -- actually accelerated after that agreement. The thing they are trying to do in Congress, these things will take so long and be so ineffective that we are better off stepping back and taking a year to devise a scheme that would actually work. You don't even need a year. British Columbia showed that when they passed a law for (carbon) taxes, a 100% refund via payroll deduction and five months after the law was passed the system was functioning smoothly and the public liked it. Taking a step down the wrong path is not saving anything -- you've got to reverse and get on a system that works. 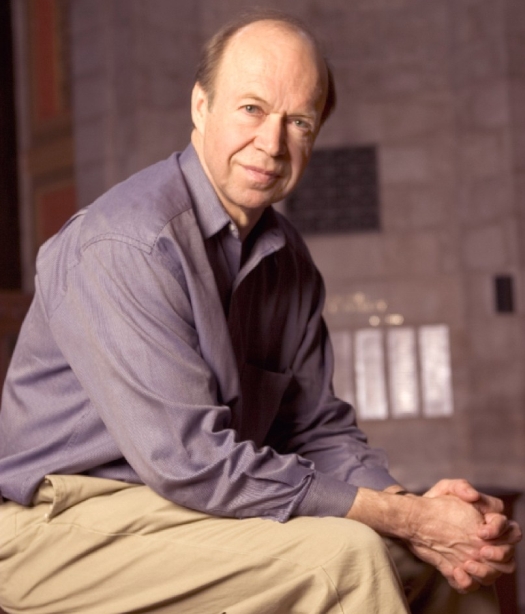 There were several things in your book that are very illuminating, the most fascinating on the solution side is the fast breeder nuclear reactor.

I only really made a hard case for the fact that we should not have terminated the research and development on that because it's the one path to solve the nuclear waste problem. I was still reluctant to favor nuclear power if there was no solution to nuclear waste and the fact that it looked to me like with existing generation of nuclear power it was a question how long are the supplies of uranium going to last? But those issues go away if you have in your hip pocket fourth generation nuclear power. It's not ready to go on-line now, but third generation is ready and then if you can plan on fourth generation using the nuclear waste then it becomes a viable option. If the people of the United States don't want it, if the majority are against it, fine. But India and China, there is no way that solar power is going to provide the energy they want.

In your book, you go into detail comparing the historical climate record with climate models which continue to improve. In the last week reports have been released which verify that the East Antarctic ice sheet is losing mass as well as the Western sheet and Greenland. It has also been quantified that loss of tropical rain forest is releasing large amounts of methane due to peat -- what is your feeling in terms of how rapidly we are approaching tipping points?

Well I think that we have passed the level at which you're going to get effects that we do not want or that we want our children to have to bear. That's why we have come up with the target of atmospheric CO2 being no higher than 350PPM. If you leave it at the present level or higher, then I think the equilibrium response of the ice sheets will be a large decrease and a large sea level rise. That doesn't mean we have to bear that fate, if we restore the planet's energy balance or make it slightly negative so that it starts cooling off then those impacts may be much more modest than if we let the system run out to equilibrium with the current atmospheric composition.

Bill McKibben has been on a world-wide campaign this year and has had great success in getting international support for 350PPM as a target, but in the United States the political system has ignored it completely. Do you think the international community can reach an agreement without the US? Do you think there is any chance the US might then sign on?

Bill has done an incredible job -- a remarkable job -- and his judgment in just focusing on one number -- that has actually worked very well. A lot of people have signed onto this, like Pachauri the IPCC head, and Al Gore, there's one American, and there are some other individual Americans but not the political system. That is an aspirational goal, but at some point you do have to get to the policies. What 350 does is tell you that some policies just do not make sense. In particular the cap and trade with offsets and governments continuing to increase their use of coal and to allow the beginning of the use of unconventional fossil fuels; like the US building a pipeline to Canada for importing tar-sands oil, that doesn't make sense. There is no way you are going to get (back) to 350 if you do those things.

In your book, your refer to Mountaintop Removal (MTR) coal mining as blasphemy. Clearly this is the front line in the battle to eliminate dirty coal and yet the majority of the Nation remains unaware of it's devastation. What will it take for the Obama administration and Congress to terminate this form of coal extraction?

Mountaintop removal makes no sense, but the highest levels turn their back. We must draw attention to it -- that's why I went there (Coal River Valley, WV) and got arrested. Mountaintop removal provides only 7 percent of U.S. coal production, less than our exports, so it is serving only the handful of coal lords making money off it. It could be eliminated now without affecting the U.S.

Last spring Katherine Richardson and some others on the IPCC in Copenhagen called an emergency conference to update the 2007 consensus reports with new data. Richardson is a strong advocate of scientists becoming more active in policy formation and not being content to simply submit data and let policy makers do with it what they will. How important do you think that will be in the future as we go forward given the present environment?

I think it is essential. I did not realize that until recent years when I started interacting with policy makers, but if you just give them the status of the science and don't connect the dots further to energy policies then they will just make up their own conclusions -- and they may not make sense. They think we can burn unconventional fuels and all of the coal -- we just can't do that. There are some conclusions from the science that they will ignore if scientists are not there to remind them.