Generally, the oncoming march of a storm trooper does not portend well for children or those in need of a helping hand. In Australia, though, where toilets flush counter clockwise and the sun is up when much of the rest of the world is sleeping, the march of this evil Empire foot soldier is an absolute blessing.

Jacob French, member of the Terror Australis Garrison of Vader's First, the 501st Legion of Storm Troopers -- a worldwide group of enthusiasts who dress as the "Star Wars" characters for good causes -- is marching 3,106 miles across the continent country, from Perth to Sydney, in order to raise money for the Starlight Foundation, a charity for children with life-threatening diseases.

French, aka TK-6283, explained the idea on his project's website:

In October 2010 I participated in the RunMelb Half marathon (21kms) in my stormtrooper suit. The suit was restrictive and got quite hot while I was running, but the seed was planted for the troopertrek idea. Since the marathon I have started to train regularly for this event and have acquired a much lighter and flexible set of armour that will be trimmed for better movement. I am hoping that by choosing to wear stormtrooper armour I will be able to gather more attention for the cause I am running for and have a bit of a laugh along the way.

You can track French's efforts on his Facebook page, as well as make a donation on his site. 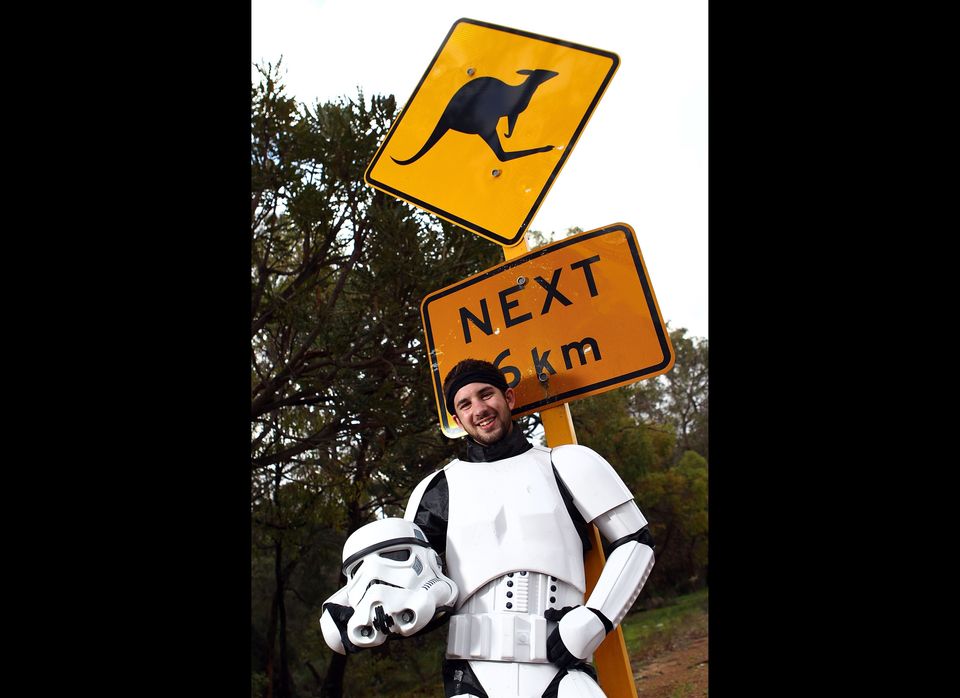