"There's been an awakening. Have you felt it?" - Supreme Leader Snoke, in Star Wars: The Force Awakens.

Supreme Leader Snoke wasn't kidding. In 2015, the Force not only awakened - it drank a whole pot of coffee, scored two touchdowns in the Cotton Bowl, and entered the New Hampshire primary, all before noon. Saturday Night Live even wants the Force to host the show this weekend - but the Force is apparently too busy interviewing for the Eagles' head coaching job.

Let's face it, Star Wars and the Force are back in a fist-pumping, Rocky Balboa-kind of way. Interestingly, Star Wars' only competition at the box office this past year was Jurassic World - another movie coming from a franchise that otherwise seemed to be enjoying its retirement, sipping guaro somewhere out on Isla Nublar.

The question is: how are these venerable film series still lighting it up at the box office, so many years on? And is there some vital secret about the entertainment legacy of George Lucas and Steven Spielberg - some clue to the amazing, ongoing appeal of their work - that in all the chatter on the Internet we still might've missed? 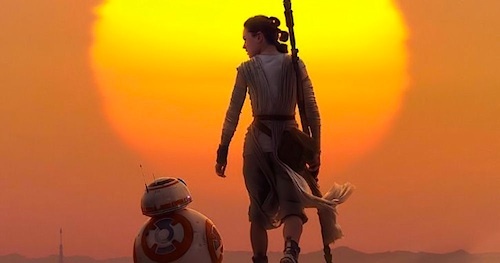 To recap, 2015 was truly a huge, record-smashing year at the movies - #1 all-time, unadjusted for inflation - and the surreal, gravity-defying numbers are still rolling in. Both Star Wars: The Force Awakens and Jurassic World are now among the top 4 grossing movies of all time - with The Force Awakens suddenly becoming the highest earning domestic film ever. Even adjusted for inflation (a more rigorous standard), both films will end up among the top 25 films of all time. That's apparently even including Taylor Swift videos and Geico commercials.

As most people know, the original Star Wars (released in 1977) and Jurassic Park (released in 1993) were gigantic, sci-fi bookends to an era in popular entertainment largely dominated by Lucas and Spielberg. Working separately or together (as in the Indiana Jones films), the two directors forced a tectonic shift in Hollywood's business strategy away from making movies to please grouchy East Coast critics and Oscar voters to producing fan-friendly, sci-fi and fantasy fare for teenagers and kids. The industry hasn't looked back since.

What's surprising, though, is how popular their signature film series still are. The explanation for this is both simple and complicated.

Here's the simple part: Lucas and Spielberg long ago cracked the code for box office success by making movies for everyone. "Everyone" here doesn't just mean PG-rated, family-friendly, populist-style movies for all demographics - Disney, for example, makes those films all the time - but also movies for people who aren't already familiar with the literary or comic book properties on which movies are often based.

To put it simply: dinosaurs need no backstory.

More specifically, dinosaurs require no elaborate introduction - no "extended universe," no origin stories, pre-branding or comic book tie-ins - to tell you where they came from, or why you should be afraid of them. Nor, for that matter, do sharks, Nazis or aliens (all classic Spielberg elements) carry such nagging narrative requirements. You don't need to have read Michael Crichton's Jurassic Park or Peter Benchley's Jaws, for example, to follow the drama in Spielberg's thrilling adaptations of those novels - because the drama's coming straight at you from all those sharp, hungry teeth.

In other words, Spielberg's films have always had the unique ability to cut through their (usually) literary origins to appeal directly to our emotions. Indeed, his early masterpieces - like Duel or Close Encounters - are noteworthy for their lack of exposition, functioning mostly on powerful imagery and sound. Watch the opening minutes of Saving Private Ryan and you'll see how little narrative set-up Spielberg requires to sweep you right into a story.

And this is similarly true of George Lucas' Star Wars films - even when he's no longer making them - because Star Wars has always worked its unique magic on the level of myth and iconography, aiming directly for the id.

For example, Kylo Ren - the new Star Wars villain - was selling T-shirts, coffee mugs and action figures for months this past year before anyone knew who he was, or whether he was even human. Why? Because with his forbidding mask, amped-up Basso profondo voice, black hood and blood-red lightsaber, you already knew the guy was bad news - an electrified Mordred for the 21st century. The same is true of BB-8; the design brilliance of Star Wars' perky new robot harkens back to the best concept work done by Ralph McQuarrie on the original trilogy. BB-8's design communicated to audiences right away, before they were even in the theater, that they were in for a good time - a bouncing, rolling return to the cheerfulness of the original films.

None of this is news, of course, to long-time Star Wars fans - because whether it's the light side or the dark side of human nature, Star Wars always seems to summon the right form and voice; its pop-culture iconography, in other words, is of a very high order. There's an elegant simplicity to Lucas-inspired characters and stories - like the design of an iPhone - that makes them easy for large audiences to grasp and enjoy.

That's the "simple" part of the Lucas-Spielberg style: its direct, emotional appeal to large audiences. 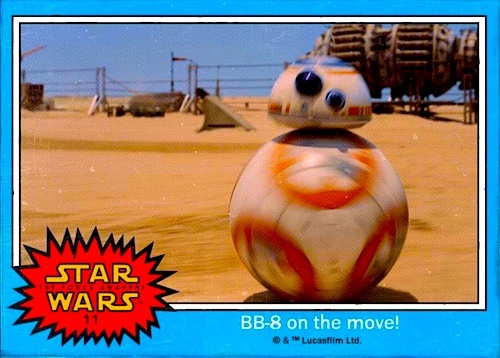 The more complicated part of their legacy relates to how both Lucas and Spielberg spent the better part of their careers leading the way in technological innovation. A massive range of technologies - from motion control and THX sound, to digital editing and advanced CGI - have been by-products of the research and development that made both the Star Wars and Jurassic Park series possible. Probably the most famous example of this is Pixar - which began as Lucasfilm's computer graphics division.

Indeed, it's no exaggeration to say that the Star Wars and Jurassic Park films made digital cinema what it is today.

This legacy clings to the Star Wars and Jurassic Park series - and still forms a substantial part of their appeal. The biggest draw related to Jurassic World this past year, for example, was finally seeing a fully realized dinosaur park - something teased in earlier installments of the series, but never quite manifested on-screen due to technological restrictions. And while The Force Awakens featured no single breakthrough of that kind, it boasted of a more seamless integration of practical and digital effects than anything attempted for the prequels; this was, actually, the primary talking point about the film in the months leading up to its release. 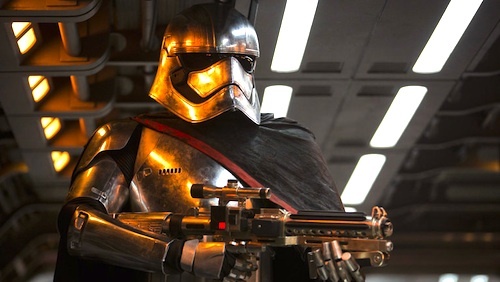 All of this may simply be to say that film series with the legacy and appeal of Star Wars and Jurassic Park don't just fall off trees - they take years and whole careers to develop. Only James Cameron's films, and perhaps Peter Jackson's Tolkein saga, are really comparable - and that's mainly because Cameron and Jackson were similarly willing to put in the time and effort, to brave the expense and uncertainty of nurturing technological innovation. That kind of commitment is increasingly rare in our era of distracted/short-term thinking, of Vines and viral cat videos.

It should come as no surprise, then, that stormtroopers and dinosaurs - fairy tale visions conjured decades ago, and at great effort, by George Lucas and Steven Spielberg - are still ruling the box office today.

[For the latest on Jason Apuzzo and his upcoming film, UFO Diary, please visit the UFO Diary Facebook page.]