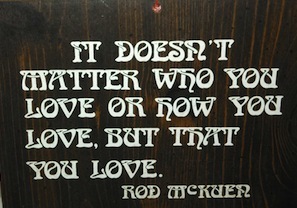 When I was in my early 20s, my best friend, Sally*, started dating women. She joined a fledgling online discussion group for other women questioning their sexuality, and she soon made a bunch of real life friends and found a girlfriend. I was happy for her, and excited to be the friend she confided in when she had her first kiss, first date, first love.

Sally was excited for me to meet her girlfriend and new friends, and she invited me to join them at what had been Sally and my favorite ice cream shop in college.

When I got there, the foursome was already sitting at the highly-desired elevated table in the front window. Sally's girlfriend was fat and nearly bald, her ¼ inch long hair dyed blond. She was wearing a stained t-shirt and no bra. To say that I didn't find her appealing would be an understatement of gigantic proportions. Sally's other lesbian friends were young, cute and trendy.

"Oh, look at that queer boy! I don't think he even knows it, but he is as gay as the day is long," the pretty lesbian with long black hair said.

"Sorry, I don't have my gay radar tuned in," I replied, but was quickly interrupted by the four of them chorusing, "It's GAYDAR!" I stopped trying to add to the conversation and just waited until I could politely leave.

Perhaps we were envious of the other's place in Sally's life. I had known her longer, but her new friends shared a common bond of recently discovered sexuality. Maybe they scorned me for being married to man. Obviously I wasn't edgy or hip to their nomenclature, but that didn't make me as square as they thought I was.

You see, I had been a part of their newfound community most of my life. My mother is a lesbian, and I had grown up in the gay and lesbian subculture. I might not have had a personal coming out story, but I was called "Lara the Lezzie" and, more quizzically, "fag." I was a survivor of sexuality based bullying just as I assumed they had been.

I left the ice cream shop feeling sad and adrift, but it was more than just realizing that I had lost my college roommate to her condescending friends. It was an understanding that I lacked a place in society.

Growing up, I complained to my moms about how tired my legs were at gay rights marches long before pride parades became popular. I spent hours of boredom at the gay and lesbian resource center. The parties at my house were peopled mostly with same-sex couples. Yet, I was "old-school lesbian" not "trendy, hip lesbian." My cultural identity was based on my mother's coming of age, not my own.

I grew up a straight girl in a gay world, the opposite of what most gay people experience, but with the same problems of lack of place. As a young adult, I missed the gay community but never felt entirely comfortable in gay bars. Yet, I didn't feel that I made sense in the heterosexual world either.

I was raised with the same world views or family portraits as my straight friends. I flitted between both worlds, but never felt either one addressed my whole person. I didn't fit anywhere.

I wasn't gay, but I wasn't entirely straight and I certainly wasn't all-girl. There was an innate femininity that I lacked, no matter if I wore skirts or high heels. I spent my childhood climbing trees, throwing mud and reading books, all things that weren't gender specific, and I had a male energy I couldn't deny. Still, I wanted to be a girly girl. I longed to capture the evasive femininity of my friends. I studied fashion magazines like they were a correspondence course in how to be a girl, but I could never outgrow the inherent androgyny of my soul. 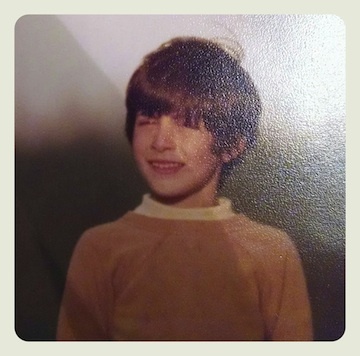 the author as a child
In high school I resented my mother for not forcing me to be more feminine and not teaching me to blend in better. I thought I could train the androgyny out of me, if only I got a little better with my curling iron and eye shadow. I didn't realize that mom was just letting me be the person I had been since birth.

I had to grow into my own comfort level with my straight-gay identity. Once I came to terms with how I both did and didn't fit in, I started to inhabit both worlds with ease. That couldn't have happened without society maturing too. I was lucky to live in Key West in my late 20s, and was healed by a community that didn't much care who you slept with, or who your parents slept with. They just wanted to know if you were kind and interesting, or just kind-of-interesting.

Many aspects of society have changed. Most gay bars are open to anyone. Gay, straight, bisexual, lesbian, transgender, questioning and miscellaneous queer people mingle together with much less need for labels.

Part of my self-acceptance came about when I owned the word queer. I don't fit into the mold. My soul is inherently bi-gender. The fact that I predominantly choose to have sex with opposite-sex partners does not make me any less queer. I am strong and beautiful, and that encompasses both the ways I am straight and the ways that I am not. As I came to accept my queerness, I suddenly became as comfortable in dresses as I had always been in sweat pants. The femininity I had long sought became second nature. 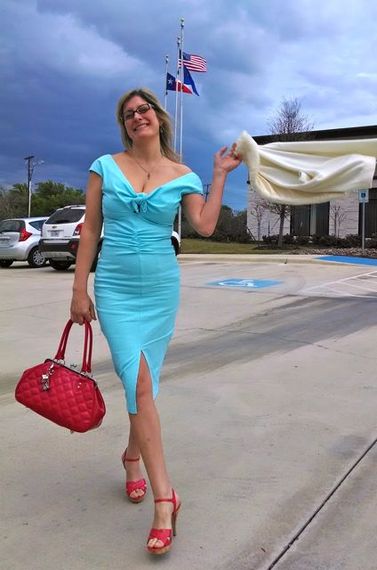 I've come to realize that most of us are queer in one way or another. We all don't fit into the same mold. What makes us different is much deeper than who we have sex with, and the sooner we see that, the sooner we will blend into one world with no need for sexual or gender-based distinctions.

* Name has been changed