Walking out of the screening, you could tell that some of the members of the audience had seen different movies.

In front of me, two young African American teens were in deep conversation. "Yeah, the NWA stuff was serious," said one of the young men. "Agreed -- I have to say, I didn't get the whole Rodney King thing and the looting, I guess I've heard of it -- but I'd never seen that footage... and the cops got off." 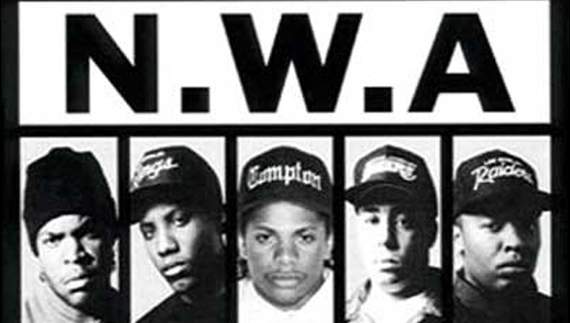 And of course, how could they have heard of Rodney King? It was 23 years ago. There was no iPhone, no YouTube, no video sharing. There was a VHS camcorder, and tape that put a brutal new face on police violence. But sitting in theatre, having watched Rodney King unfold on TV, you couldn't help but think... "it's been a long time, and it does seem like things have gotten worse."

Straight Outta Compton is an amazing film. It's a remarkable, honest, musically riveting story about a handful of young black musicians who created a new form. As the film shares, it wasn't called Gangster Rap, but rather Reality Rap as it hit the streets. And N.W.A wasn't 'No Whites Allowed' as their manager Jerry Heller had guessed. It was an abbreviation of 'Ni**-az Wit Attitudes.'

So, you could screen the movie as the story of how a genre of angry, street music was born. Or you could watch a movie about the complexity and the inevitably corrupting nature of money and the music business.

But the movie that needs to be seen today is the movie about African American young men and the police - from Compton to Ferguson -- and now seemingly every day in case after case the names change, but the story remains the same.

The pivotal change in the voice of N.W.A. comes after the band is rousted outside a studio by the now notorious LA police and forced to lye on the pavement. It's this interaction that triggers the song "F*@k The Police" and put N.W.A. on the front lines of the battle between free speech and critics who said their speech was inciting violence.

Straight Outta Compton is a serious film that is sure to open a real conversation. For all the progress we've made in the past 23 years, it is the pervasive technology of iPhones and body camera's that is now, almost for the first time, making it clear that Rodney King was unusual only it the fact that it had been captured on tape. Now with accountability being captured and broadcast without the filter of the media or the technology -- we're facing a very different and often painful reality.

As an entrepreneur, you can't help but appreciate the drive and the journey to build a global music franchise.

The music history is insightful, even nostalgic, and the current issues we're facing make it a rare film that is both entertaining and important. So this is movie worth seeing, for sure.