Florida has not been treating John McCain's campaign vessel, the Straight Talk Express, very well in the past two days. Since Tuesday the bus has been involved in a collision with a minivan and was photographed carrying a bumper sticker for Barack Obama.
On Wednesday, the Express ran over a minivan, in a botched right turn. Car blog Jalopnik has photos.
Senator McCain was not in the vehicle at the time of the crash, but Senator Joe Lieberman was. Lieberman was on his way out of an interview with Florida news outlet Local 10.

On Tuesday, one day before the collision, the Express was seen carrying an "Obama '08" bumper sticker, as photographed by The New Argument. The source of the sticker is unknown.

See images of both incidents below: 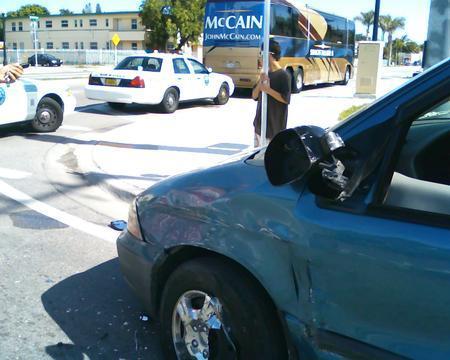 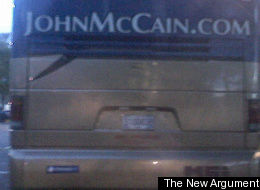 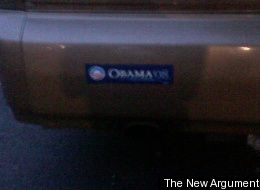