Dave Phillips of the New York Times has written an astonishingly truthful, heartfelt, and heart wrenching piece, "In Unit Stalked by Suicide, Veterans Try to Save One Another". It not only presents the direct experience of the 2/7 Marines, and the spate of dreadful losses they've endured, it raises important questions about veteran suicide and the "treatment" provided by VA.

I want to focus on one troubling truism that research has unfortunately made quasi-axiomatic: It's not the deployments--their intensity, their frequency, or their number--that contribute to the epidemic of military suicide. Why? Because of the numbers among service members studied who never deployed. Phillips challenges this interpretation by saying that those service members who saw heavy combat and sustained brutal losses were not specifically studied. Only those who deployed and those who did not. Valid point. Those in this category may well have vastly higher rates of suicide. However, the group of service members who did not deploy could also be studied more specifically. Might we find that anticipation regarding imminent deployment may be one of the contributory factors? Losses of buddies who did deploy? Guilt over not deploying? The conclusion that deployments don't matter is the kind of inference that gives psychology and the organizations charged with researching war's impacts a bad name, and rightfully so. Rather than digging deep, scouring the data, returning to ask different questions, simplistic black and white answers are proffered that lead to the erroneous and absurd conclusion that deployments--and what happens during those deployments--don't play a major role in military suicide. Serving in the war zone? Nah, not a risk factor for suicide. It would be laughable if it weren't so simplistic and dangerous.

And the amount of money for research, in the hundreds of millions and even billions. What have we got to show for it? Little to nothing. It is shameful, when studies on proven models conducted by the VA and DoD's own Defense Center of Excellence for Psychological Health and TBI gather dust on the shelves and next to no one in either organization even knows about them.

The unit members themselves are showing the way, fueled by their own despair and the "reparative instinct," the urge to become whole. They are connecting and supporting one another. A sense of community is the civilian equivalent of unit cohesion and the veterans are drawing on this mighty resource, hidden in plain sight. This is exactly the force for healing that Coming Home Project harnessed in its acclaimed reintegration work with thousands from all fifty states and captured in its peer-reviewed and published research.

For a fresh, integrative perspective, check out my new book, Waking Up from War: A Better Way Home for Veterans and Nations (Foreword by H.H. the Dalai Lama): Excerpts upcoming on HuffPo. Stay tuned. 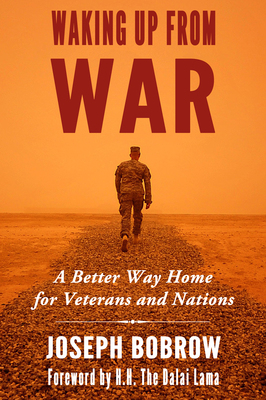