For many gay people, the years they spent (attempting) to live a "straight" life in the straight world were not pretty ones.

Whether it was the music they listened to or the clothes they wore, passing as "straight" was a full-time job and for many, not an easy one.

Most people would like to erase those awkward years but Logo Online has gone in the opposite direction and is bringing viewers' straight years into the spotlight with the Straight Years Project.

A take on the Awkward Years Project, Logo invites readers to snap a photo of themselves holding a shot taken during their "straight years."

When asked about the project, Shawn Hollenbach from Logo said, "We thought it would be equally cathartic and hilarious to revisit the years when we projected a straight self -- often times knowing we were just putting on 'straight-drag' until we selected the right time to come out of the closet."

Have a look at the slideshow below to see people fully embracing who they are today and how far they've come since their "straight years."

Would you like to submit your own photo to the project? Grab that camera and click here. 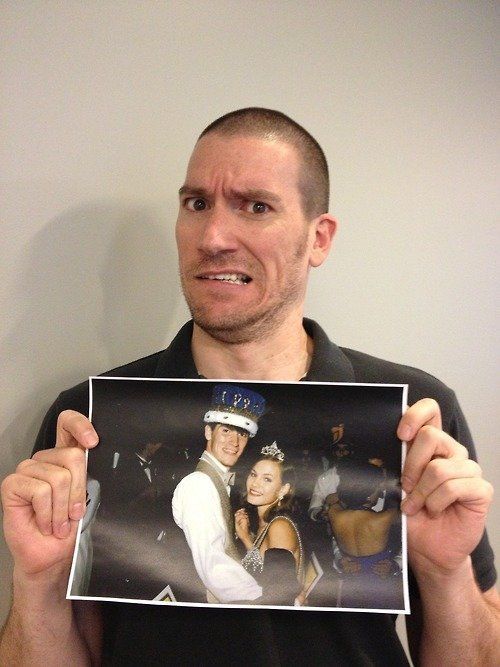