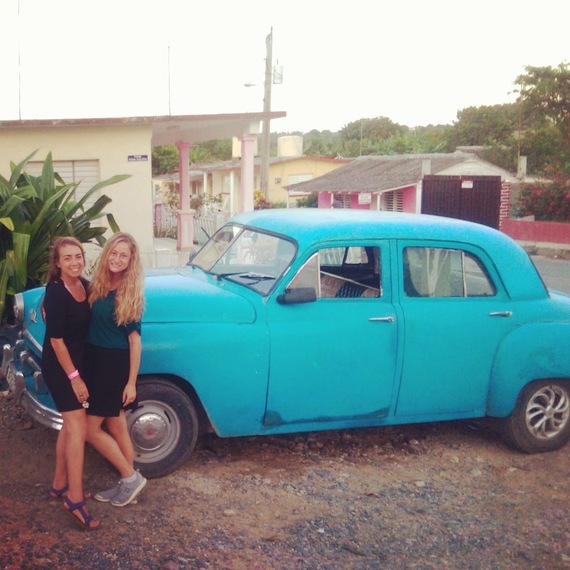 This time it is Cuba. Last week was Nicaragua. It's 9 am, and we've just arrived in the airport of the last leg of our summer travels through Central America. We enthusiastically exited the non-air-conditioned international terminal, schlepping our heavy backpacks with sweat dripping down our brows.

The backpackers we had conversed with in Guatemala had specifically advised us against bringing cash, but rather to take out money from the ATM at the airport to avoid hefty conversion fees. Unbeknownst at the time, all the people we had spoken to were European and thus unaware of one minor detail, that Cuba does not accept US credit or debit cards. With only $25 USD cash left from our travels, we had no idea what we were in for.

Heading straight for the ATM, we thought our plan was simple; we would take out enough cash to last us for the next four days. I inserted my card into the ATM, and received an error message. So we tried again. And again. And again. We tried this with every debit and credit card we possessed, to no avail. We were not too concerned at that point, as we were certain we would find a way to take out cash. We left the airport with our pre-arranged taxi that cost $25 USD and headed to our Casa where we would be sleeping. Our plan was to drop off our backpacks and figure out our precarious money situation.

Our first stop was the local bank in Havana. It was a boiling hot day and there were lines out the door. Frustrated Cubans were pushing each other to gain entry into the bank. As my friend and I are not Spanish speakers, we knew we had to find an English-speaking local to help us. Luckily, we met Gina, a kindhearted Cuban who saw two distressed American girls and decided to literally adopt us for the day.

Gina stayed in the bank with us for two hours, trying to call her friends and see if there was any way we could take out money from our American cards. It was at that point we realized our money problem was going to be more problematic than we had anticipated. Stress started to seep in. Coupled with the boiling humidity and lack of food and sleep, it was not a great combination.

Gina, who sensed our anxiety, warmly invited us to her home to speak to her husband and see if he had any novel ideas. As we walked into her house she proudly exclaimed "Mi Casa Es Tu Casa" and thanks to Flo-Rida, I actually understood what she meant. Gina's husband wisely advised us to walk to the local hotel and speak to the concierge who may be able to help. Twenty minutes later, we were told the following, "There is no way your credit card will be accepted in Cuba. Your only hope is the International Bank. And even that..."

We left the hotel severely distressed and disheartened. To have an issue when you are traveling is challenging, but to have one in a third world communist country brings challenging to a whole new level. Without any access to Wi-Fi or phone communication we were stuck in a traveler's worst nightmare. 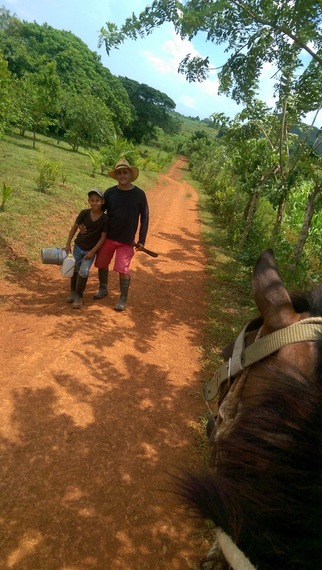 Not ones to give up easy, we ran to the international bank. It was just our luck that due to the heat and a broken air-conditioning the international bank closed its doors at 1:30 PM. We showed up at 1:40 PM. Although the doors were closed I could see people inside so we frantically started to bang on the door. At this point we were royal messes. With tears streaming down both of our faces, it was a pitiful site. Thankfully the man fixing the air-conditioning felt sympathetic and opened up the door to the bank.

We ran inside to find someone who spoke English. After explaining our situation, they told us there was nothing they can do, but suggested going to another bank called Western Union. This would be our only option. Directions when you can use Google maps are a piece of cake, but in Cuba finding our way to Western Union was no small feat. The man fixing the air-conditioning realized we would never find our way to Western Union and kindly accompanied us.

Outside Western Union, was a kind security guard who told us to wait and we would be seen shortly. Twenty minutes later, we walked inside a tiny room with one little lady sitting by a desk. Thankfully Mr. Fix the Aircon (for lack of remembering his real name, "Angel" also works) decided to stay with us until we had the situation under control. The lady at Western Union explained that we needed to use someone's phone to call the USA and transfer money into a local Cuban's bank account. Mr. Fix the Aircon graciously allowed us to use his little Nokia mobile to call the USA, but with limited money left on his prepaid account, we would only have a few minutes.

A frantic phone call for money is not something I have ever done before (nor something I hope to ever do again). My friend tried calling her dad, who did not answer his phone. Next, I dialed a family friend's number. The immense pressure and headache that kept on growing made it hard to think logically. It is hard to describe how it feels to be stuck in a country without any money. My brain was flooded with thoughts of sleeping on the street, or crashing at Gina's house, or selling the jewelry I was wearing. We were considering returning to the airport and trying to get on a plane to Mexico, but did not even have money to get back to the airport. As all these thoughts are flying through my brain, my friend Sam miraculously answered the phone. When I heard his voice, I was lost for words."Chaya, are you OK?" I heard but could not respond. I knew I had to say something so I replied, "I will be OK, I just need money urgently."

We took turns crying. My friend, who was not crying at the time and could speak, took the phone and quickly tried to explain the situation. We had exactly one minute before the call was disconnected. We were not sure that he had not heard all the information needed for the transfer but all we could do was wait. 30 minutes later, he called us back and told us he would transfer the money.

In the meantime, Sam called a dear friend of mine, Sari who lives in Israel to ask her advice. He was worried we were being kidnapped and held for ransom. Sari called Mr. Fix the Aircon's phone to hear if I was OK. She told me she had already Googled the local Cuban police and was about to report a kidnapping of two US girls. Whilst all this drama was occurring my friend and I were sitting and frantically waiting in the little cubicle for the lady at the bank to tell us that the transfer was successful. Two hours later, Sam had miraculously managed to transfer $500 into Mr. Fix the Aircon's bank account and a few minutes later we were holding $500.

Relief and disbelief, flooded through my entire body. Words aren't sufficient to describe how we felt holding that $500. We could not believe that our dramatic quest for money had come to an end and we were free to continue our travels. We profusely thanked Mr. Fix the Aircon for helping save our lives and gave him $20 (which is apparently equivalent to a month salary). The contrast between the vulnerability we felt without money, to the instantaneous feeling of security that enveloped us once we were holding cash was mammoth. With a newfound understanding of gratitude, we left Western Union and found a taxi to take us back to our Casa.

Although at the time, being in a third world country without a cent to your name is petrifying, it certainly makes a great story for the grandchildren. This escapade taught me a lesson I will carry with me for eternity. Kindness, especially when it comes from total strangers, must never be underappreciated. Kind words, smiles and warm gestures can literally transform a traveler's worst nightmare, into a slightly less traumatic experience. From the medicine given to me when I had a massive headache, to the water bottle generously donated to our cause, to all the special angels we met on our journey that attempted to help us foreigners - I will be forever grateful.

And last but not least, never ever travel without cash, especially in a third world country! 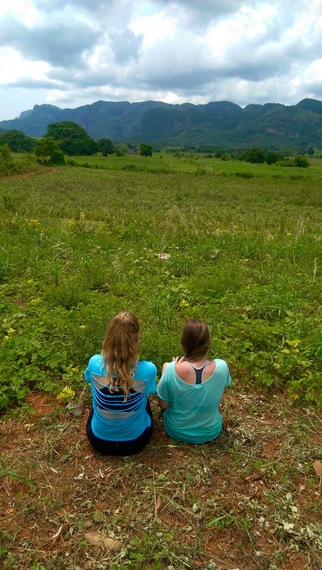