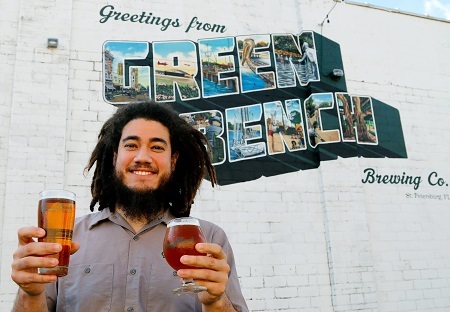 The most popular craft beer style today arguably is the India Pale Ale, or IPA, named for the high concentration of hops the British used in the days of tall ships to preserve beer during the long journey to India. The hops also added an appealing bitterness that remains popular even now.

Sour beers, meanwhile, are growing in popularity in craft beer circles. The tart, tangy flavor can be an acquired taste for some, challenging conventional notions of beer.

In some ways, IPA's and sours are mortal enemies: the preservative quality of hops counteracts the bacteria that give sour beers their distinct flavor.

And a sour IPA? That would be surreal.

Which makes Surrealist, a sour IPA by Green Bench Brewing Company in St. Petersburg, pair well with a visit to the world-renowned Dali Museum, about a mile away overlooking the downtown waterfront. 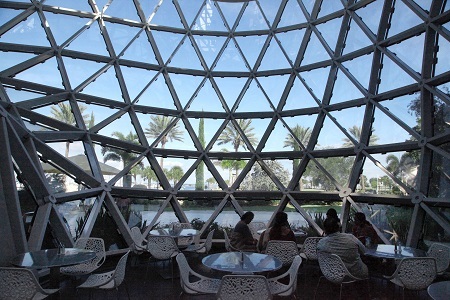 Diners in the Dali Museum's Café Gaia have a perfect view of the water. Photo by Bill Serne for VISIT FLORIDA

Surrealist is both tart and hoppy and has proven to be an unexpectedly popular offering for the brewery, whose core brands include stouts, wheats, pale ales and IPA's.

"The concept of hops and tartness makes no sense,'' admits Khris Johnson, head brewer at Green Bench. Surrealist "combines things that should never work together," he said. "That concept is the very definition of the surrealistic movement: an artistic expression of two or more juxtaposed things that are forced together in balance and harmony." 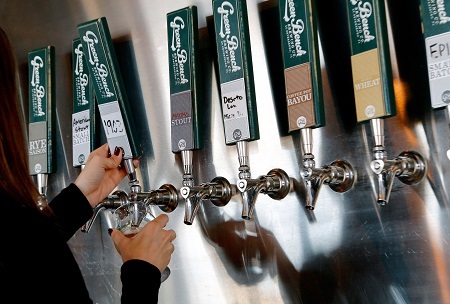 Green Bench Brewing's Surrealist beer is both tart and hoppy and has proved an unexpectedly popular offering. Photo by Joseph Garnett, Jr. for VISIT FLORIDA

Peter Tush couldn't agree more. As education curator for the Dali Museum, he appreciates the parallel. "The idea of juxtaposition is the heart of surrealism. The idea of forcing two different realities together through two images that are placed side by side -- a new idea that didn't exist before."

Wander through the architecturally arresting museum and you'll see what he means. (But not on your own; be sure to take a free guided or audio tour to fully appreciate what you're seeing).

It's hard to pick just one Dali work, but "The Hallucinogenic Toreador" will do. It is a huge masterwork (13 feet high, 9 feet wide) that Dali completed in 1970. 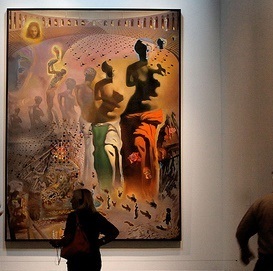 "It's taking one image and transforming itself into something else," Tush said. "There's the idea of two completely conflicting ideas brought together: the Venus di Milo in the center, which transforms into the face of a bullfighter. So you can see either the Venus or the bullfighter but you can't see both simultaneously. And that's kind of like the sour and the IPA. They shouldn't work together, but somehow they do." 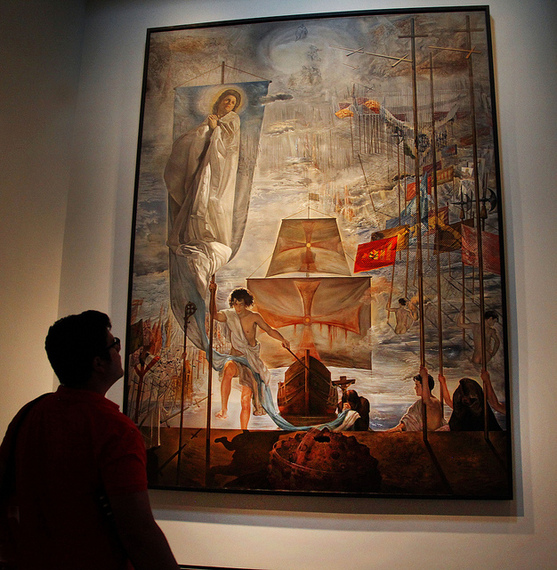 'The Discovery of America by Christopher Columbus' by Salvador Dali embodies the Surrealist principle of juxtaposition. Photo by Bill Serne for VISIT FLORIDA

While Johnson is a big fan of sour beers, there's a wide array of styles available at the brewery's 1,500-square-foot tasting room. The brewery, owned by St. Petersburg natives Nathan Stonecipher and Steven Duffy, has a handcrafted aesthetic, from the repurposed brick building (a 1926 garage) and locally made art and design elements. The tasting room features 12 rotating taps, including two or three guest taps. Johnson is particularly proud of the oak fermenter he uses for many of beers. Inside, a picture window behind the bar looks into the brewery itself. Outside, the beer garden offers a family-friendly space, with room for corn hole games, live music and food trucks. 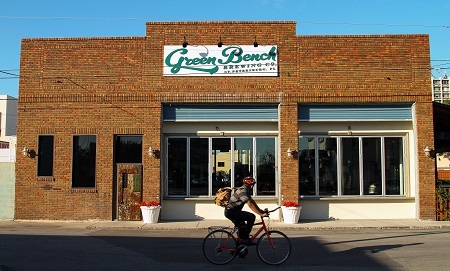 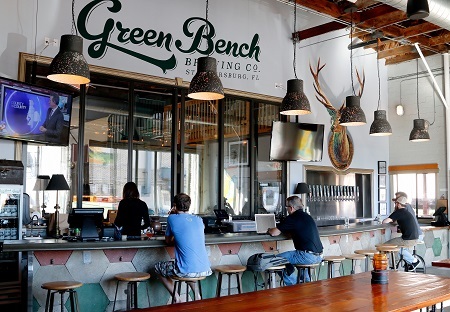 At Green Bench Brewing, a picture window behind the bar looks into the brewery itself. Photo by Joseph Garnett, Jr. for VISIT FLORIDA

The brewery has been embraced by both local hipsters and art scene-sters, and Tampa Bay Rays fans. (Tropicana Field is a short walk away). 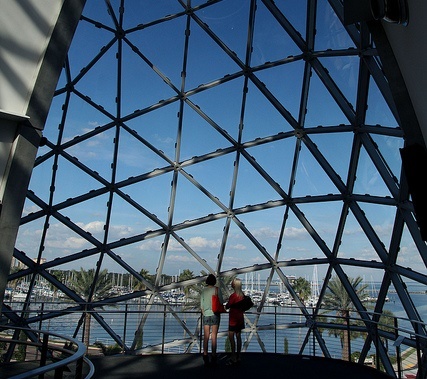 The Dali Museum, meanwhile, has become a major tourist stop, both for its collection -- the largest group of Dali's works outside Europe -- and its distinctive design: the outside dominated by a large free-form geodesic glass form called "The Enigma;" the inside by a spiral staircase that evokes Dali's interest in the double helix.

Together, the brewery and the museum make for a pretty surreal time in the 'burb. 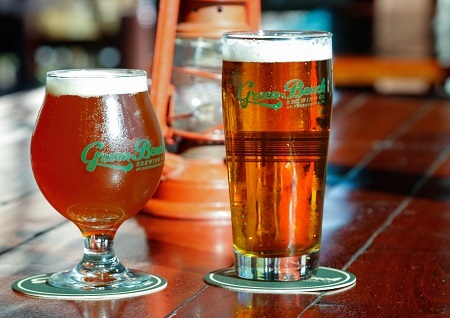