Just when you think you understand how the world works, you learn...

1. The swastika was actually a symbol of good -- until the Nazis got ahold of it.

The swastika has been around for over 3,000 years and commonly symbolized goodness and luck, up until its use by the Nazis in Germany. The now reviled image was used by cultures all over the world, including early Christians, Jews, Hindus, Buddhists and even Native Americans.

In more recent history, the swastika was still prominent just before the rise of the Nazi party. A few American uniforms featured the symbol in World War I, Coca Cola used it in advertising and, as seen above in this picture of the Edmonton Swastikas, sports teams even took its name. The Nazis deeply complicated the swastika's long existence as a symbol for good, and looking back upon its thousands of years of prominence in cultural history can yield some results that appear incredibly strange with contemporary eyes. To salvage the image, it has been proposed that the clockwise version of the swastika should represent evil while counterclockwise would represent goodness.

2. Drunk debates were once a key aspect of any important decision-making process.

Perhaps you don't have to be Don Draper to believe in the necessity of alcohol at the work place. When famous Greek historian Herodotus, travelled to Persia around 450 B.C., he found a culture that deeply valued the wisdom that comes while being drunk. The Persians he encountered would make sure that particularly important arguments were debated both while sober and drunk, as only ideas that made sense in both states were truly worthwhile. This process went both ways: Arguments originally had while drunk would be debated again the next day in soberness, and dry arguments would be followed up with discussions over wine.

C.S. Lewis expanded upon this idea in his "Letters to Malcolm," when he wrote:

I know this is the opposite of what is often said about the necessity of keeping all emotion out of our intellectual processes – 'you can’t think straight unless you are cool.' But then neither can you think deep if you are. I suppose one must try every problem in both states. You remember that the ancient Persians debated everything twice: once when they were drunk and once when they were sober.

3. The Olympic Games used to award medals for art.

Maybe artists deserve varsity jackets, too. From 1912 to 1948, the Olympics held competitions in the fine arts, with medals being awarded for architecture, literature, music, painting and sculpture. The art produced was required to be Olympics-themed, so gold-winning pieces had names like, "Knockdown" and "Étude de Sport." The first winning work of literature was actually written by the founder of the modern Olympics, Pierre de Frédy, Baron de Coubertin, who supposedly wrote the piece, "Ode to Sport," under a pseudonym.

According to Frédy, adding an arts component to the modern Olympics was necessary because the ancient Greeks used to hold art festivals alongside the games. Over the years, dancing, film, photography and theatre were all proposed as additional events, but none of these ever became medal categories. In total, 151 medals were awarded before the Olympics removed the art competitions in favor of requiring host cities to provide cultural events to accompany the games.

4. Pink wasn't always a girl's color and blue a boy's color -- in fact, it was once the other way around.

The distinction of blue for boys and pink for girls didn't take full hold until the middle of the 20th century. Many people already know that President Franklin Delano Roosevelt wore dresses as a child, but this was common practice for the time. Children would wear gender neutral, mostly white clothing that was easy to bleach clean, and wouldn't get haircuts until around the age of six or seven. It wasn't until department stores started marketing gender-specific colors that parents began to worry about making sure their children were wearing the "right" outfits.

Even when mass marketing began, the messages were mixed. The trade publication "Earnshaw's Infants' Department" featured an article suggesting, "the generally accepted rule is pink for the boys, and blue for the girls. The reason is that pink, being a more decided and stronger color, is more suitable for the boy, while blue, which is more delicate and dainty, is prettier for the girl.”

5. English was once a language for "commoners," while the British elites spoke French.

Despite the severity with which some contemporary English-speakers vehemently attack "incorrect" uses of the language, English used to belong to the people. In the formative years of the language, it was only spoken by "commoners," while the English courts and aristocracy mostly spoke in French. This was due to the Norman Invasion of 1066 and caused years of division between the "gentlemen" who had adopted the Anglo-Norman French and those who only spoke English. Even the famed King Richard the Lionheart was actually primarily referred to in French, as Richard "Coeur de Lion."

To further mess with your preconceptions about the English language, the "British accent" was actually created after the Revolutionary War, meaning contemporary Americans sound more like the colonists and British soldiers of the 18th century than contemporary Brits. Of course, accents vary greatly by region, but the "BBC English" or public school English accent (which sounds like Austin Powers) didn't come about until the 19th century and was originally adopted by people who wanted to sound fancier.

6. Money was once designed to discourage people from having too much of it.

Perhaps having quick and easy money isn't truly in our best interests. According to Greek historian Plutarch, in his "Life of Lycurgus," the Spartans used long and heavy iron rods as their currency in hopes that it would discourage them from pursuing large amounts of wealth. This unusual currency was called "obeloi" and was supposedly so cumbersome that carrying multiple rods would require oxen.

A couple other things that might change the way you think about contemporary money: American presidents weren't originally supposed to be on the nation's currency, as that was seen as a practice of monarchies. Also, the idea civilizations relied on established barter systems before the rise of physical currency is probably incorrect. People may have traded things, but one of the only well-known bartering practices was more of a bonding and sex ritual between tribes in Northern Australia called the dzamalag.

7. A good night of sleep used to mean waking up sometime in the middle.

Are we sleeping all wrong? According to growing research about sleeping habits before the 20th century, people didn't always sleep in one long block, but would briefly wake up in the middle to split the slumber into two sessions. During this time, people would reportedly engage in all sorts of activities, with the more scholarly using the time to read and write, while couples might spend the break having sex.

The two-part sleeping pattern was the product of people going to bed much earlier before the invention of electricity, which meant the world actually went dark when the sun set. For those who assumed candles were regularly lit at night before electric lights, historian Craig Koslofsky points out in his book, "Evening's Empire," that we tend to overestimate their importance. He writes, "even the wealthy, who could afford candlelight, had better things to spend their money on. There was no prestige or social value associated with staying up all night."

Contemporary society seems to have adjusted to the single session of sleep, but that doesn't mean the transition has been entirely smooth. It has been suggested that those who consistently wake up in the middle of the night and have trouble falling back asleep, may simply have bodies that yearn for the way we used to operate.

Bonus Legend: Tickling may have been used as torture. 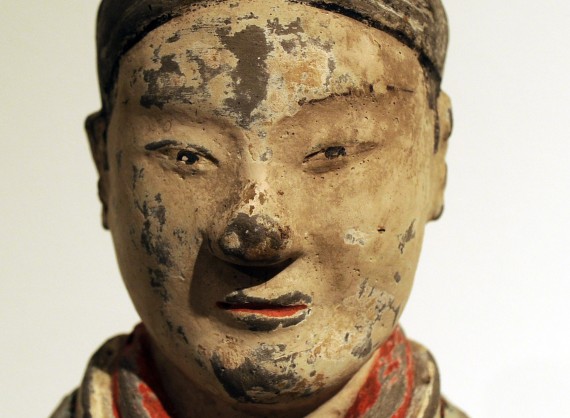 This one may be more of a legend, but still, tickling is not funny, dammit! It was apparently used as a form of torture during the Han Dynasty, as captives would recover quickly and no physical signs of abuse were left on the body. The ancient Romans may have also used tickle torture, where a goat would be brought in to lick the captive's feet.

Although there is only shaky evidence that either of these modes of torture were actually employed, there appear to have been cases in which severe tickling was deemed abuse in more contemporary times. 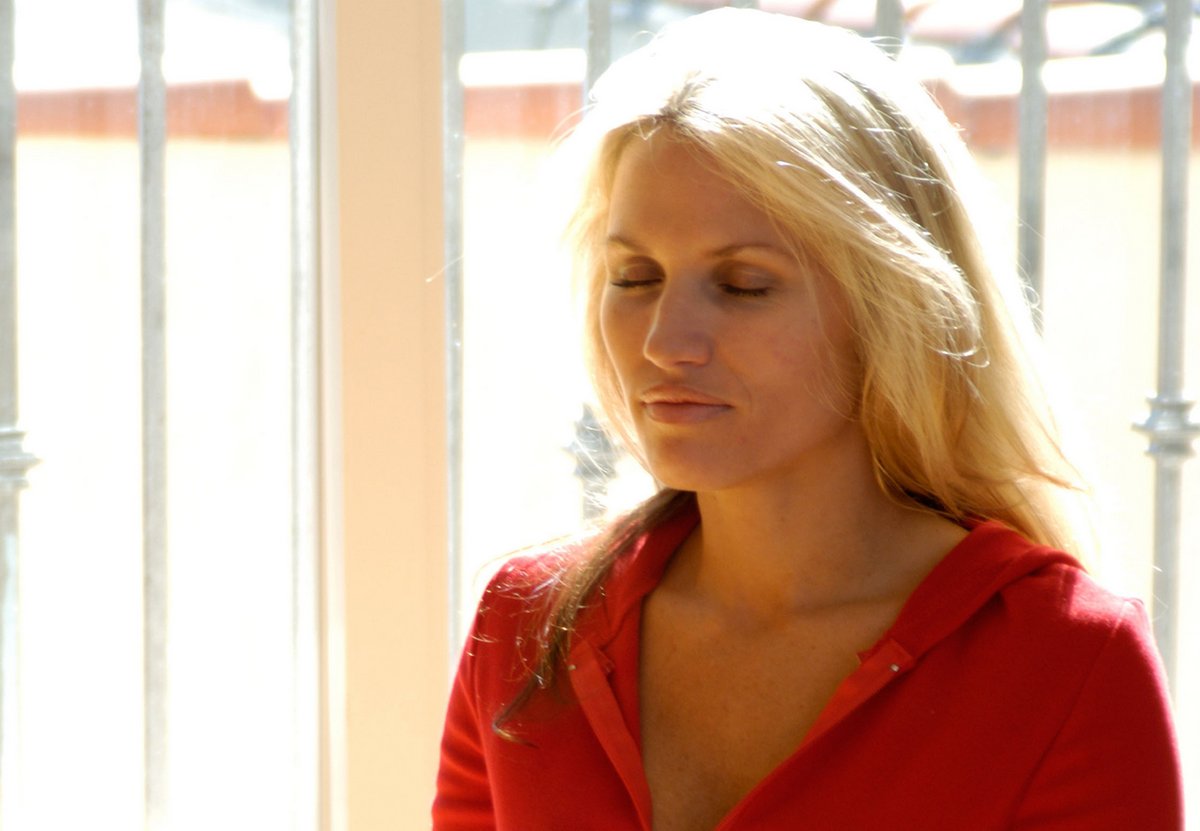