It’s Super Bowl Sunday, and you are frantically searching for some way to watch the game with all those friends you invited over at the last minute, right? That, or you are at home alone with a pint of ice cream.

Either way, it's OK, and everything is going to be fine! It's actually super easy to watch the Super Bowl online this year. Just click over to NBC, and they'll have everything set up for you. You don’t even need proof of a cable subscription or anything. 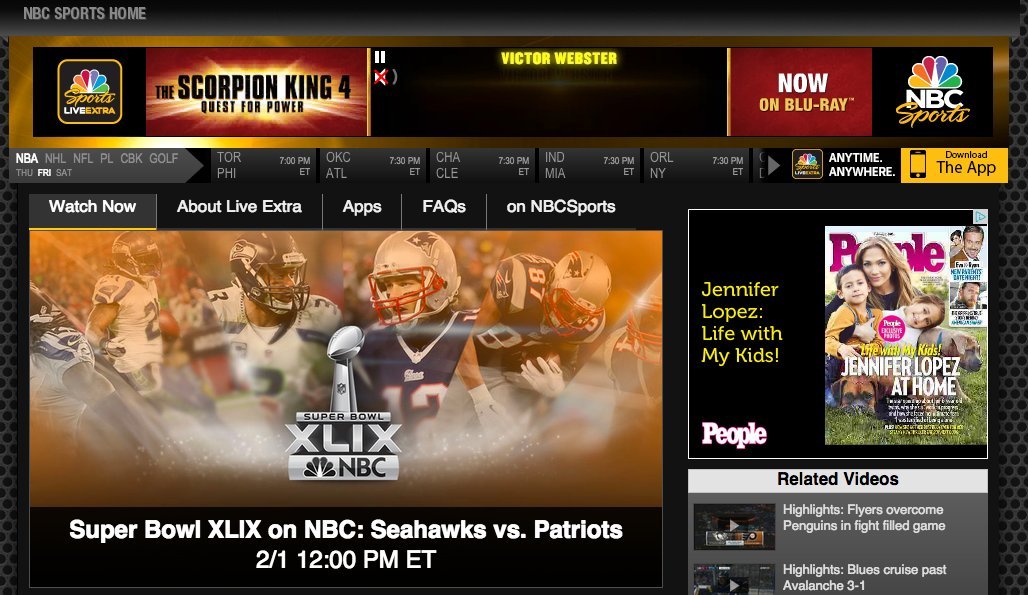 Yes, dear American, your online dreams have been answered

Want to watch 10 straight hours of Super Bowl coverage in what can only be described as the modern-day equivalent of Chinese water torture? You can! NBC will start its livestream at 12 p.m. Eastern Standard Time on Sunday, Feb. 1, and will continue to stream Super Bowl coverage until around 10 p.m., when it’ll throw on a new episode “The Blacklist.” The actual Super Bowl starts around 6:30 p.m. on NBC.

One thing to note: The streaming service won’t work on your smartphone. Sadly, it won't work overseas either, according to Variety.

This post has been updated to clarify that the livestream is not available outside the U.S.