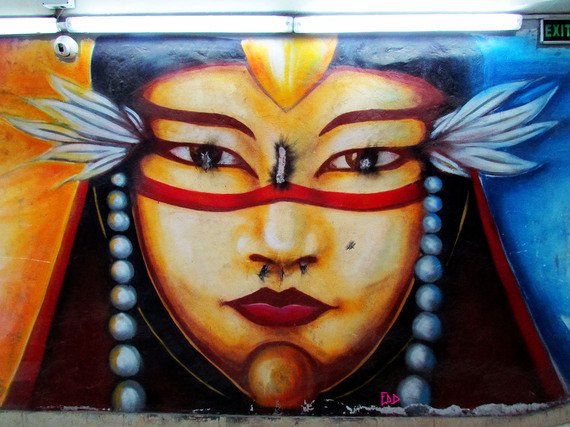 Whenever I'm heading off to Mongolia for research, colleagues and friends react with a mix of bewilderment and concern -- as if I'm flying away to a faraway planet. But when I send them photos from my research on the road, they get a different glimpse of Mongolia than the one in their imaginations. Take, for instance, my photographs this summer of street art in Ulaanbaatar that focuses on the female form. 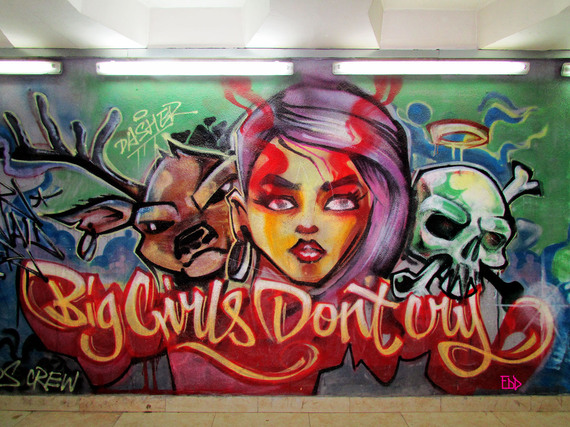 Graffiti images in Mongolia pull from a variety of aesthetic influences--anime, punk, hip hop, and traditional Mongolian art. Most of the activist-art images in this piece I found underground in a tunnel filled with graffiti commissioned by the Mongolian Ministry of Justice and an NGO called the Young Women's Club (Залуу Эмэгтэйчүүдийн Клуб) -- which raises awareness about violence against women and other women's issues. 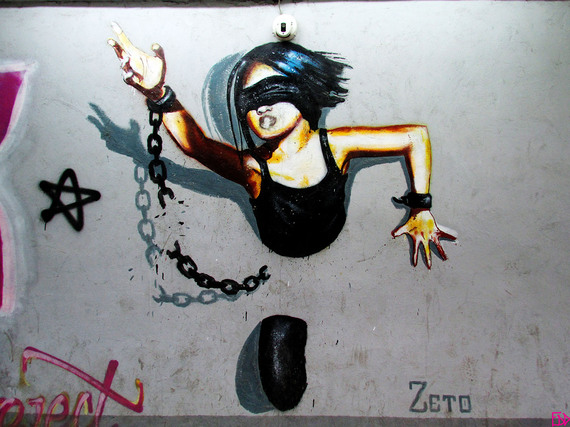 The graffiti scene in Ulaanbaatar emerged in the late 1990s in the wake of the fall of the country's Communist government. The introduction of MTV inspired the formation of early Mongolian rap groups like Black Rose (Хар Сарнай/Khar Sarnai) and hip hop groups like War and Peace (Дайн ба Энх/Dain ba Enkh). Before long, Mongolian hip hop crews and rappers began tagging city walls, paving the way for graffiti crews like ROAAD Crew, S-UNITED, REDEGGS Crew, and SAS to emerge. Tatym, an international street art festival in Ulaanbaatar, opened up the graffiti scene in 2012 to artists from abroad. 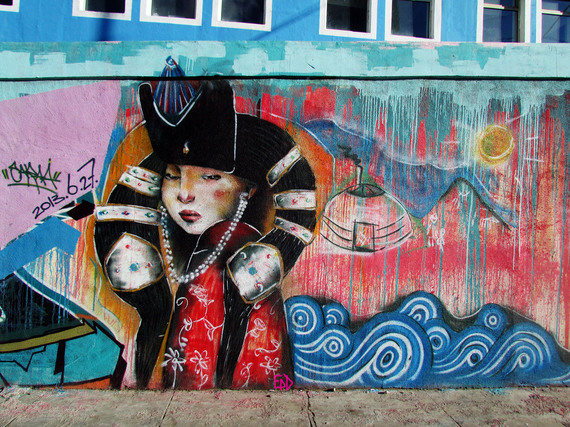 Just as Mongolian hip hop weaves together hip-hop rhythms with Mongolian throat singing and traditional long songs, street art in Ulaanbaatar mashes together modern and traditional imagery. This summer, I became especially interested in strong visual representations of women in graffiti. Because women played such a central and vital role in nomadic life in pre-twentieth-century Mongolia, they have historically held considerable domestic and political power compared to their counterparts in the region. The Persian historian Rashid al-Din wrote that Khubilai Khan's mother Sorghaghtani Beki was "extremely intelligent and able and towered above all the women in the world." When I taught the secret history of the Mongol queens at Columbia University, my students were shocked to discover how much influence some royal women wielded. Nevertheless, nomadic women remained subordinate to men and restricted to the domestic sphere. 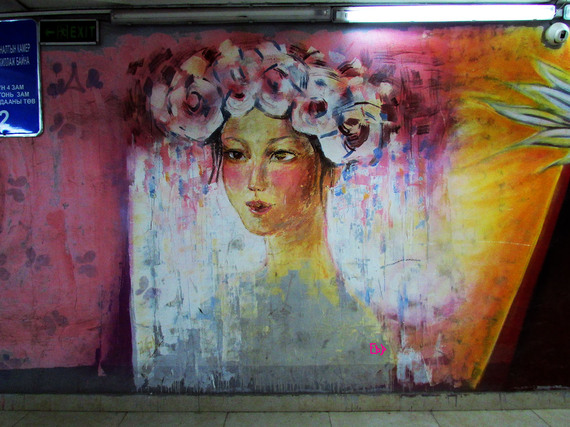 Under socialism in Mongolia, government policies were aimed, in theory, at ensuring equality in the workplace, politics, and education. Maternity leave, nursery schools, modernized health care, pensions, and welfare for the disabled provided much-needed support for women. By 1990, women constituted about three-quarters of doctors in Mongolia. In the wake of the collapse of the Soviet system and the rapid economic transition of the 1990s, women had to adjust to a changed economic landscape shaped by privatization and globalization. According to a recent survey of 9,000 Mongolian women, Mongolian women today are less interested in making large families and more interested in pursuing their careers. 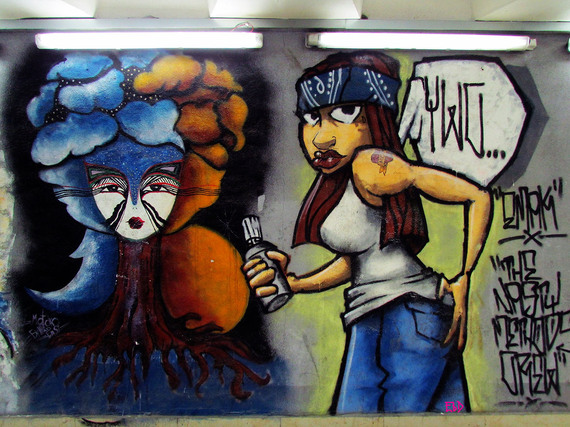 Whether I'm riding a camel with nomadic women in the Gobi desert, conversing with female department chairs at the National University, or studying Mongolian music with female shamans, I feel inspired by the strength of Mongolian women. Last week, when I asked a few female Mongolian friends if they feel empowered walking by these graffiti images, they laughed at my question -- since they already feel empowered enough. They enjoy equal pay, 120 days of paid maternity leave, and the respect of their colleagues and peers. To them, these graffiti images are "just art." 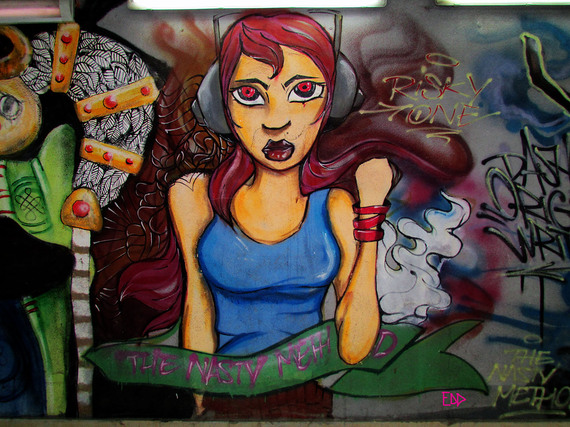 When I'm busy recording graffiti in Ulaanbaatar, I like to watch how pedestrians consume these colorful and striking images. Take, for instance, the older woman below in a traditional Mongolian silk robe who gazed carefully at each image as she walked through the tunnel. How does she view these spray-painted images and interpret the rapid changes of the past few decades? How will her life, and the lives of many other Mongolian women, be further shaped by the large-scale economic and environmental changes soon to come? 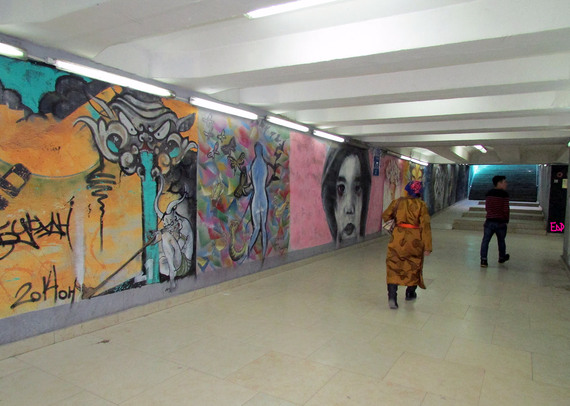