An internationally known European street artist had a "residency" in NYC last month before being arrested on the street by police last week.

Invader, the French Street Artist who takes his shortened moniker from the 1970s video game Space Invaders, had just debuted his new 25-minute mini-documentary the night before at a Lower Manhattan theater and was flying high on its success when he was nabbed for gluing a tiled mosaic onto a wall. That marked the sudden end of his residency, which he prefers to call an "invasion". 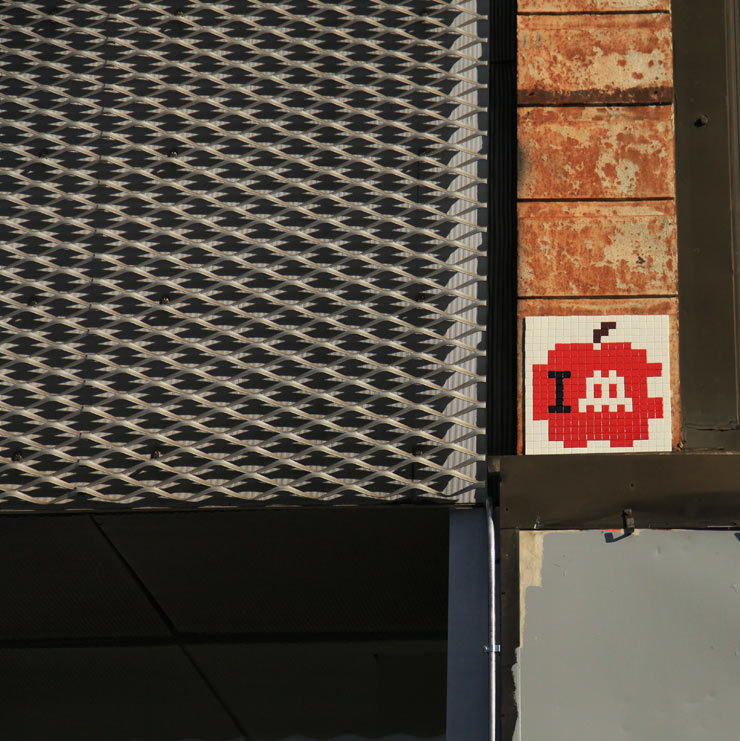 A veteran of the global street art scene over the last decade and a half, his signature porcelain works inspired by the 8-bit graphics of the early video games have been spread throughout cities worldwide. When we spoke to him two years ago in LA where he put pieces into the "Art in the Streets" museum exhibition, he was planning to place 1,000 of his tiled characters all over Paris, an exhausting experiment that he completed and celebrated with a gallery show entitled "1000".

Since then he has recreated everything from digitized versions of the Pink Panther, the Union Jack, and Darth Vader. He's even created a series of iconic album covers by the Clash, Velvet Underground and Nirvana using only Rubik's cubes.

His new movie, "Art4Space", which was screened for free two times for New Yorkers who can't get enough of his retro-simplicity and thrill seeking, showed him sending one of his invaders literally into space. Viewers get to see him planning and constructing a complicated weather balloon he names "Space-One," and launch it into the atmosphere. When it falls back to earth the recorded video is recovered and you have an opportunity to now see the little character's own space odyssey.

Here are images shot by photographer Jaime Rojo of recent work by Invader and a brief email interview with the artist to see what inspired them and if he is still into video games. 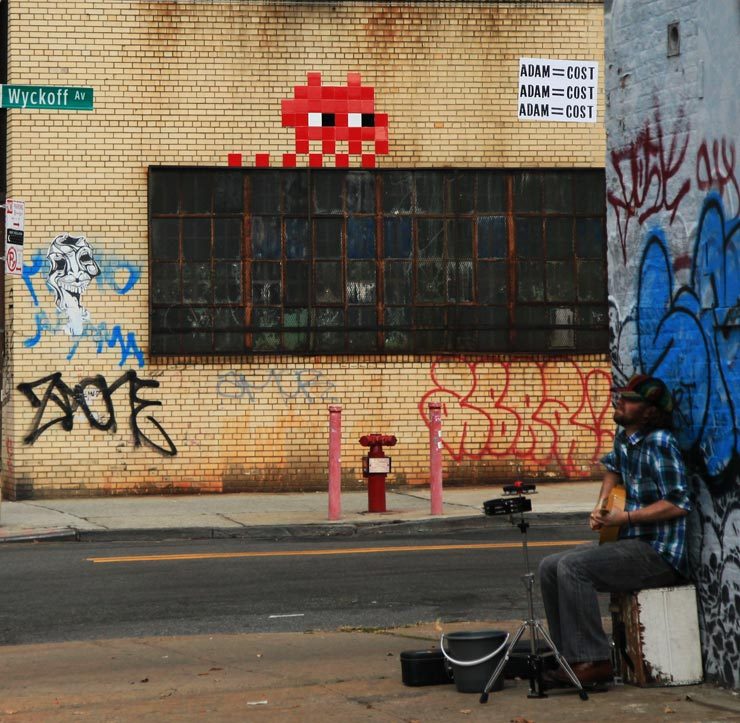 Brooklyn Street Art: Did you discover a new cache of vintage video games for the new collection of the characters that you recently put up in NYC?

Invader: No, I have always been inspired by all kind of vintage video games. What is new for this wave of Invasion is that I end up drawing/creating some of the characters like the Snow White and the R2D2.

Brooklyn Street Art: Video Games have changed into a very sophisticated multi-billion-dollar industry. Do you watch or play the new video games and do you think you could get inspiration from them for your art?

Invader: I have no game consoles and I have no time to play videogames. My game takes place outside with tiles and cement. Nevertheless, I like to play simple games on my phone. It could become a source of inspiration of course.

Brooklyn Street Art: Because of the digitized effect of the tiles when they simplify complex detail, is it difficult to convey an image sometimes?

Invader: Yes, it is always complicated to simplify!

Brooklyn Street Art: When aliens discover one of your pieces floating in space will they consider it art or graffiti?

Invader: But graffiti is art, isn't it? 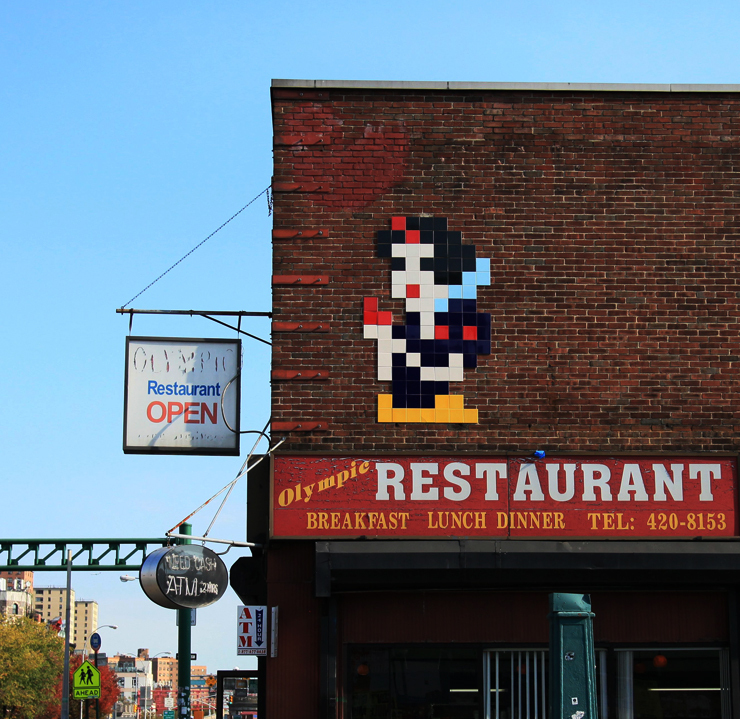 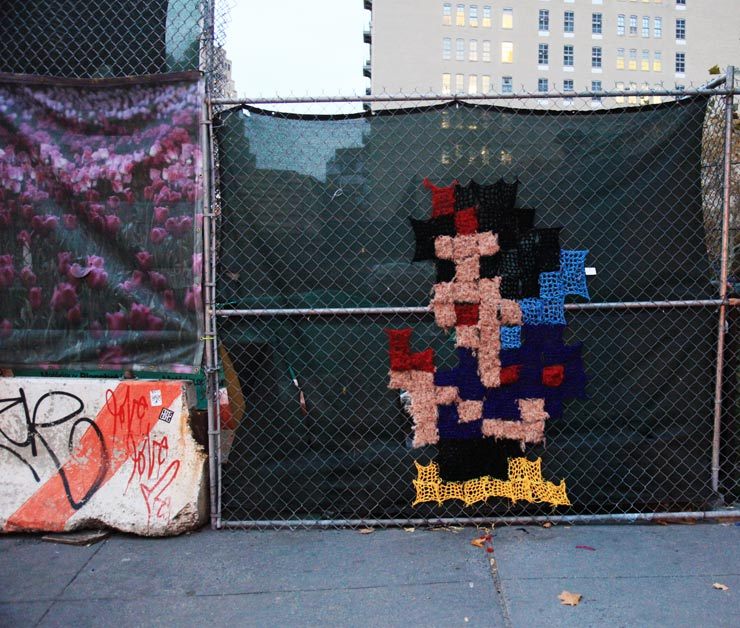 This New York based Street Artist named London Kaye works with yarn and was inspired by Invader's piece above to crochet an homage to him on the street. "The reason I like recreating Space Invaders' work is because it is simply symmetrical colored squares that make beautiful art. Space Invader is influential because of the sheer space and territory that has been marked with beautiful mosaic art. The simple and classic design is timeless, " says Kaye. (photo © Jaime Rojo) 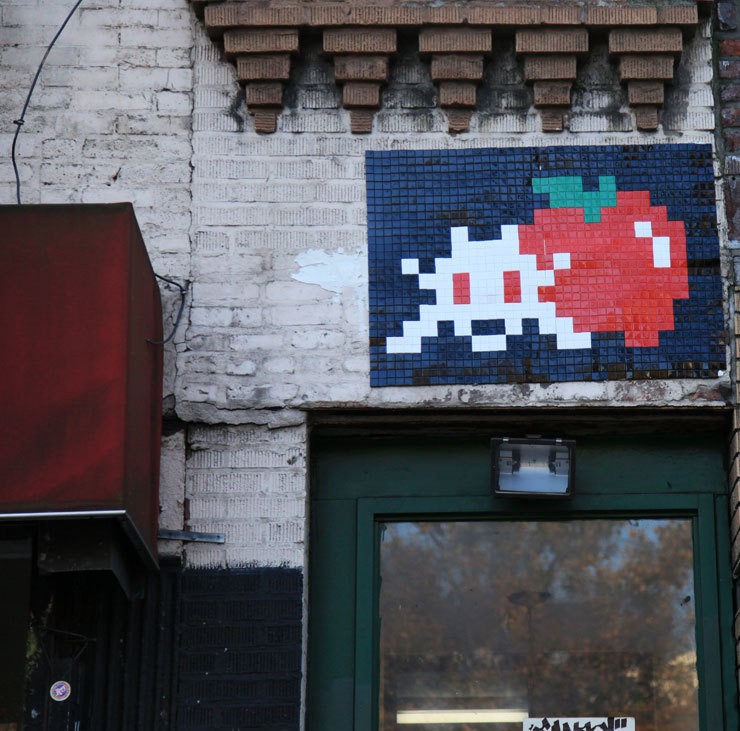 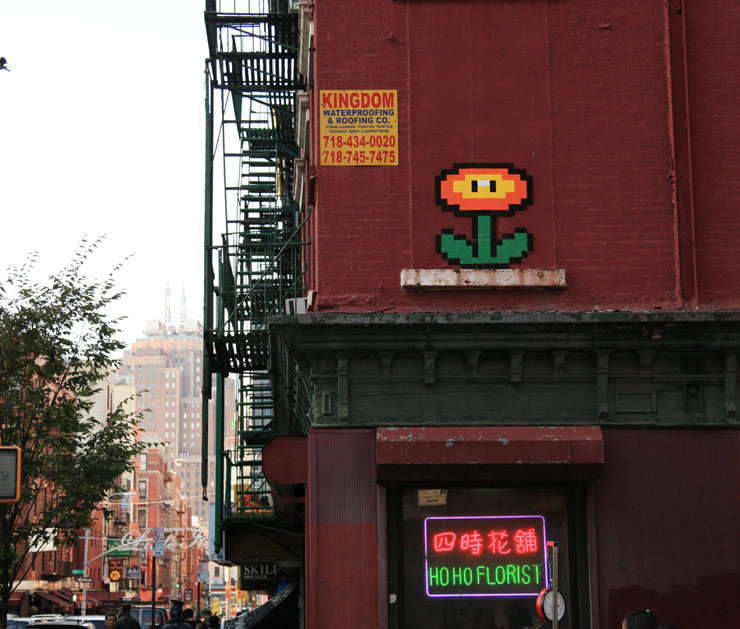 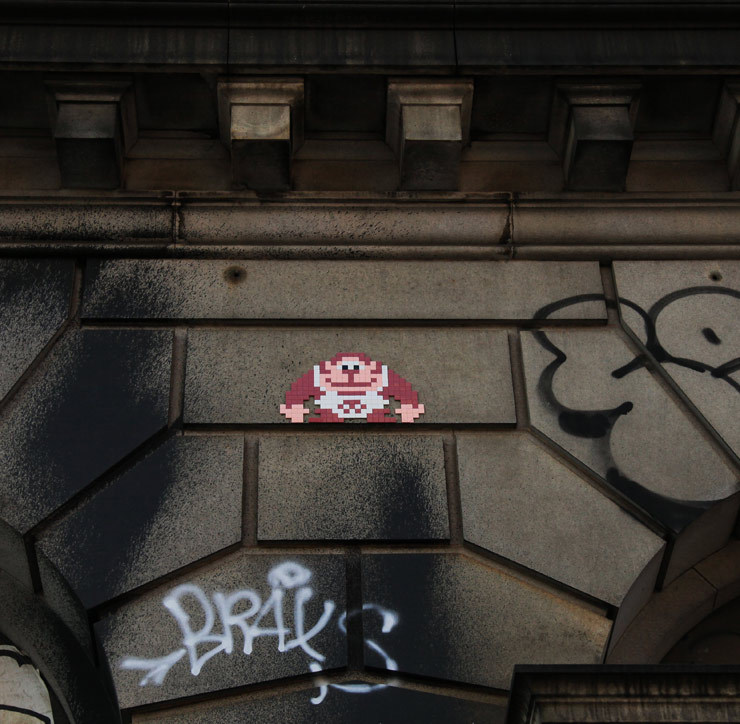 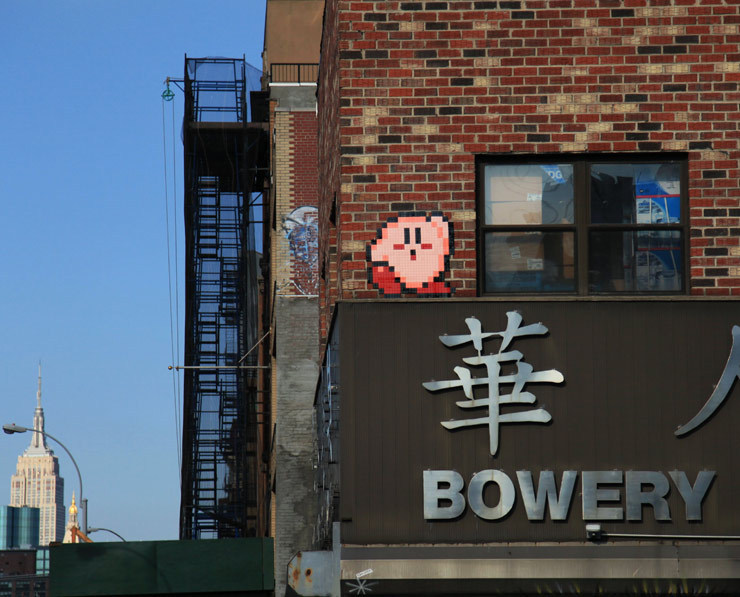 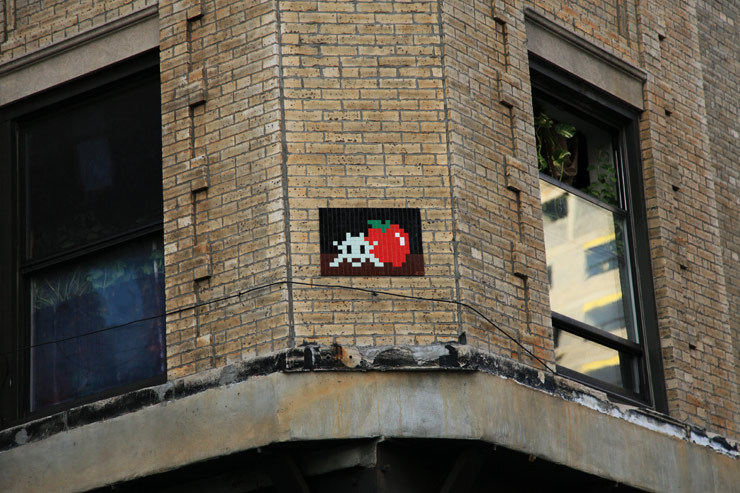 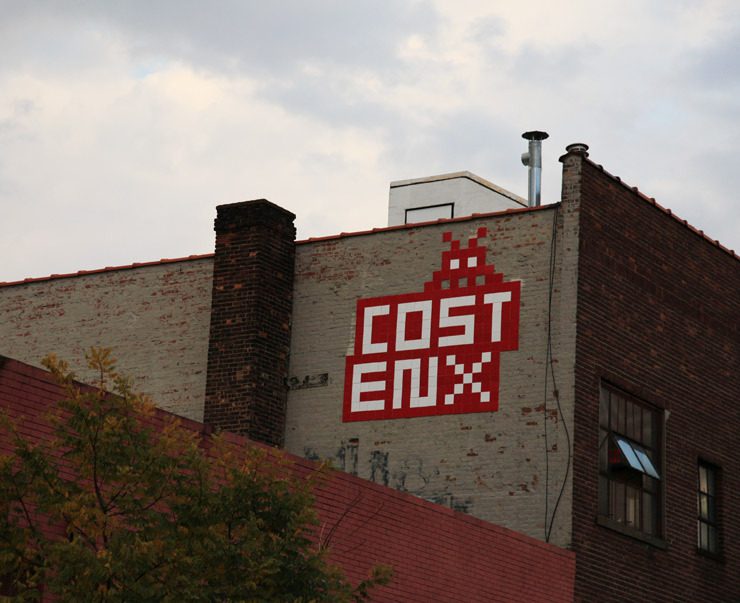 A collaboration with Invader and Cost and ENX (photo © Jaime Rojo)