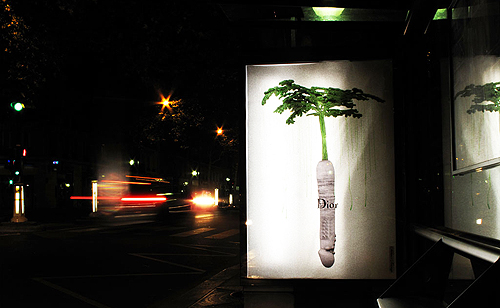 Who decides what messages and images are displayed in the public? When it comes to advertising, images and graphics are supposedly governed by "community standards", meaning a body of some sort passes judgment on the worthiness of an image or message based on a common understanding of the collective opinion. More often than not, unless there is a vocal protest from a potent fraction of a community, standards are merely the guidelines to push against to grab attention and a tiny piece of mind share. 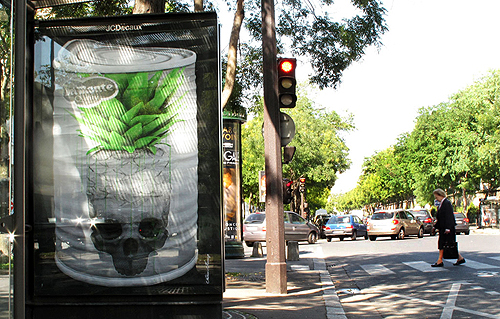 In fact, Ludo loves toying with perceptions and leveling criticism at blasé consumerist tastes and thoughtless impulses. A relative newcomer to the Street Art scene, Ludo has quickly established a crisply detailed science fiction identity he likes to refer to as "Nature's Revenge". Merging insects, plants, and creepy high-tech or brutal tools of destruction, Ludo reliably startles, perplexes, and pokes at your left brain while soothing your right. 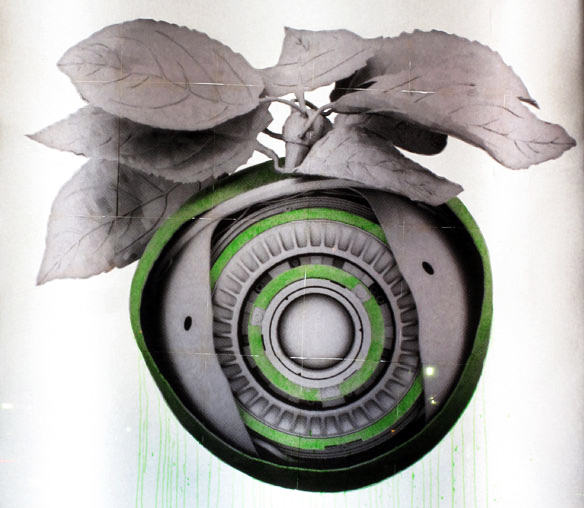 Detail of the apple that is also surveilling people as they wait for the bus. Ludo "Apple Spy" (Photo © Ludo)

Ludo's newest series is called "co-branding", a seamless appropriation of existing ads that can be strikingly beautiful and even unnoticeable by the casual observer. These pieces mimic their inspiration so well and are executed so cleanly within the context of a bus shelter that they might very well be mistaken for genuine ads. 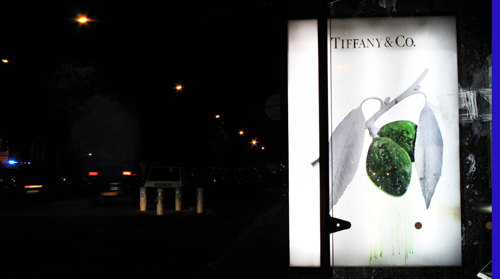 He talks about a piece that re-invents a Chanel advertisement by noting the high-concept imagery that appears in typical ads for high-end consumer goods. "The overabundance of ultra aesthetic visuals in some ads now, the kind of arty stuff that only Karl Lagerfield will enjoy, is so annoying to me that it made me want to hijack my own work and brand it as another campaign. It's funny how in fact people see it as advertising because of the logo but are also kind of disturbed by the image." 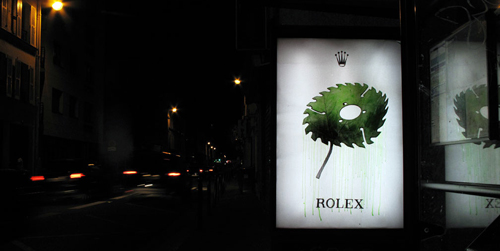 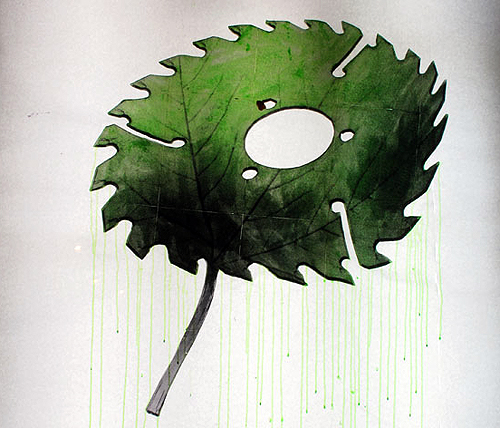