"I have always been drawn to the old masters, a time when art was all about beauty," artist Ted Pim explained in an email to The Huffington Post. "Every painting, every sculpture, every piece of music strove to be beautiful."

Pim is a 28-year-old street artist, born in West Belfast, whose murals adorn abandoned spaces sprinked throughout the U.S. and Europe. Yet rather than communicating in the typical street art language of bold graphics, colorful geometry and politically-bent symbols, Pim uses a visual lexicon employed by artists like Rembrandt and Caravaggio. One of dark shadows, rich tones and an excess of grandeur.

"Coming out of one of the most deprived and poverty stricken areas in Western Europe, I was always fascinated with wealth and luxury," Pim explained. "When I was dragged to the local Catholic church as a child, I used to love sitting and staring at the fine art on display and motifs dripping in gold ... I liked the idea of being able to create a luxury product out of nothing, so I started painting Baroque-inspired pieces."

While the majority of such opulent artworks hang in museums, cordoned off by velvet ropes and glass barriers, Pim prefers his gold-tinged depictions in decrepit urban environments.

"I was drawn to abandoned buildings as I liked the contrast of painting detailed, Baroque-inspired pieces inside dark, neglected structures. These buildings provided me with the perfect atmosphere to create my pieces, with the end result often reflecting my surroundings -- haunting, dark figures."

Pim hypothesized his predilection for abandoned buildings references the neglected area he called home growing up.

The juxtaposition between palatial artwork and dingy architecture is striking to be sure. And that's just the reaction Pim hopes for. "I like strong reactions, disturbing and entering the viewers' mind," he said. "I remember the feeling I had after seeing Francis Bacon’s 'Head II' as a child at the Ulster Museum in Belfast. I’ve tried to recreate that reaction in my own artwork." 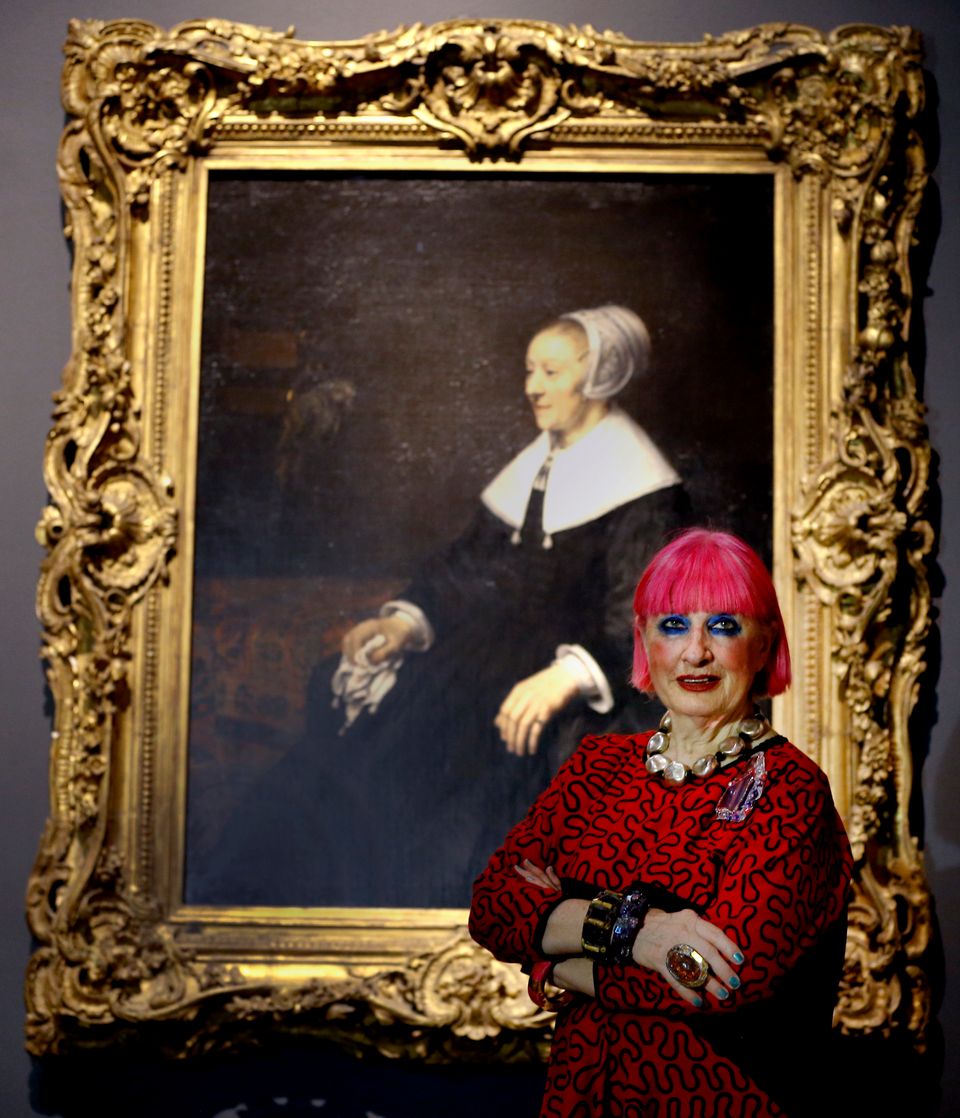 1 / 5
Fashion designer Zandra Rhodes stands by Rembrandt's painting, Portrait of Catrina Hooghsaet,1657 during a media event at The National Gallery in London, Tuesday, Oct. 14, 2014. The National Gallery will be holding an exhibition entitled 'Rembrant: The Late Works' which runs from Oct. 15 until Jan. 18, 2015. (AP Photo/Kirsty Wigglesworth)
ASSOCIATED PRESS