Street photography has become such an ambiguous umbrella term in the photography world that it really lacks any meaning at all. The brilliant and time-honored work of great photographers such as Henri Cartier-Bresson, Walker Evans, Vivian Maier, Robert Frank, Joseph Koudelka, Elliott Erwitt, Joel Meyerowitz and Mary Ellen Mark are now lumped into this same genre that produces hundreds of thousands of dull, hackneyed candid images of random strangers by hopeless photographers every single day. Should the two really be one and the same? Is that grainy Gildenesque photo of someone's grandmother on their grocery run, that is currently making the rounds on Facebook, actually of any artistic value? I think much of what we know and call street photography today is in for a serious moment of truth.

One of the greatest issues with street photography is that there really is no barrier to entry. It is the most accessible of the mimetic arts, which is both a positive and a negative feature. All a person needs is a camera and a street - or seemingly so. In the fine arts you need to know how to draw, which requires a lot of skill and training. If you forgo this and draw poorly, most people will stop drawing. Likewise, in the literary world, if you don't write well most people will stop writing. Interestingly, this is not the case in street photography. People with virtually no photographic skill, training, or vision, continue to produce and distribute their "street photography". This is the work I am writing about in this article, not the work of the people named above, or others making work of similar quality. There is no dispute that some of what has become termed as street photography is important, engaging, well done and is (as it should be) considered art. The truth of the matter, however, is that this is a very small proportion of what is being produced and called street photography today. So, does this problem exist in other genres of photography? Are there a bunch of inept fashion photographers trolling the streets of the information highway peddling their appalling fashion photographs? Likely so, but because of the simple ease of access to street photography (no studio, no expensive equipment, and apparently no real audience are needed) there is a deluge of street photographers in comparison to these other segments of the industry.

So the obvious question this begs is why does this bad street photography exist? Wouldn't the natural selection process of the big, bad Internet take care of it for us? Well, no. Much of this bad photography, what we might call amateur street photography, is perpetuated by a cycle of love/hate emotions. Neither, unfortunately, is based on anything substantial or informed in terms of the actual photographs. Here is what seems to be going on. People go out on the street and haphazardly take photos of strangers (often with long lenses, which obliterate all background narrative) and then they post them to their social media channels such as Flickr, Facebook, 500px etc. Their friends "like" them and others, perhaps those who are jealous of the attention they are getting, throw a little shade in their direction. Often, full-out comment wars ensue. Unfortunately, none of this means anything in terms of whether or not the photography in question is actually any good in aesthetic terms. And, usually it's not. Don't misinterpret my words here as suggesting that you cannot make plainness a virtue, you can. William Eggleston has done it authentically and famously. But there is a plainness, a banality, in contemporary street images that lacks any intent of banality - that is, there is simply no focus, no vision.

Just about every conceivable street photograph has been made, or so it seems. So where do we go from here? One direction might be to return street photography to its roots in terms of vision or purpose. Many of the early street photographers (now hailed as the greats) had a vision and a purpose to advance some aesthetic, which was often further connected to some form of documentation - be it social, economic or political, for example. They wanted to show us something. I'm not convinced much of the current street photography has such lofty ambitions, or any ambitions at all. What are we being shown? Perhaps the point is indeed not to show anything, perhaps the act of making the photograph, of collecting gear, and of prowling the streets is the chief impulse driving this genre of photography? Undeniably, street photography has become almost as widely practiced an amusement as sex and dancing. Thank you, Susan Sontag. But if it is a pastime we seek here, than why all the inhospitable competition?

I know one photographer who recently criticized (publically) a very talented and competent street photographer who is producing some truly noteworthy images. When I went to this "critics" own portfolio, all I saw were photos of "barbed wire" and children - which were obviously his own kids. Another situation I stumbled upon lately is a "well-known" street photographer who's images receive thousands of "likes", despite the fact that nearly every image she makes looks like an iPhone photo taken by a child - shots of the sides of people's heads, people strolling down the sidewalk (sometimes from behind) and other trivial and clichéd nonsense. In fact, many of the images could have simply been frames lifted from CCTV cameras. That would have been more fascinating somehow. Despite all of this, she's a "famous" street photographer who people hail as brilliant. The problem is she's not brilliant. 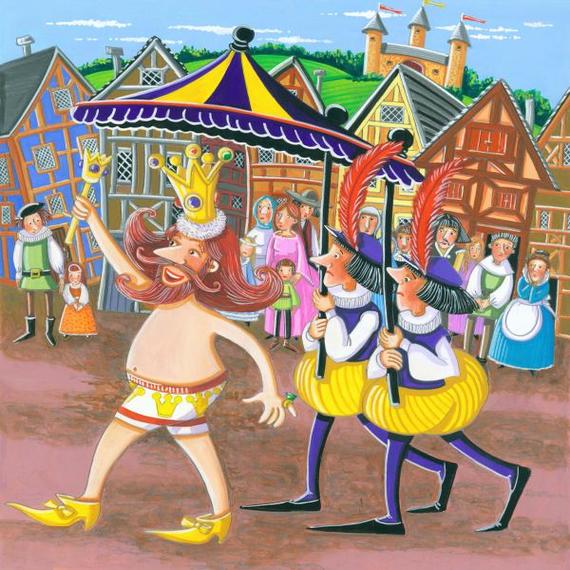 The next issue is editing. Seemingly, no one edits his or her work. Some photographer, a whole lot smarter than me, one said that a great photographer makes about one hundred good images in a career, and maybe a dozen truly great ones. This comment, which seems to make good sense, is not very congruent with the current scene in street photography - where some people post twenty-five or even fifty images a day! The result of all this is that some of the truly good photography (and photographers) are lost in a sea of digital noise. The street photography community needs fewer street photographers and more editors, publishers, curators, and informed and fair critics, to say nothing of a genuinely interested audience. This, of course, will be hard to effect in an era where everyone wants to be the artist - where everyone lusts for fame like an athlete in a game - thank you, Nina Simone. But that's what it's going to take if we are going to turn things around and save this genre of photography from complete failure.

Not convinced of my assessment of the situation? There are a few telling signs that street photography may be in need of a full physical: 1) There is a lack of serious attention from galleries and gallerists; 2) a lack of third-party independently published monographs; 3) a growing number of photographers who are reluctant to identify with the "street photography" label; and 4) a lack of interest in street photography by the general public, i.e. people who are not in some way involved in the practice themselves.

Much of what we call street photography today simply isn't sustainable. How many Bruce Gilden copies does the world really need? Millions and millions of images of strangers in banal candid situations floating across social media largely ignored by everyone is never going to be recognized as an art in its own right. There is a vast difference between the immense attention this work receives from the incestuous street photography community - most of whom are "liking" bad work only to have their own bad work "liked" in return - and validation by the outside world as some form of valued art. Perhaps the most telling sign of all is that virtually no street photographers are even buying books or prints from other street photographers, never mind the public at large. When was the last time you, as a street photographer, bought a book from a peer? I don't mean a copy of The Americans, I mean a book from an emerging contemporary? Ah, so you can hit the "like" button, but laying out a few bucks to get that image of someone's grandmother on her grocery run is going too far, eh? So, let's recap - nearly everyone is producing street photography and virtually no one is buying it. Did I get that right?

In précis, the vast majority (however, by no means all) of street photography making the rounds on social media and Flickr etc., is simply poor photography - it's tired, boring, repetitive, visionless digital noise. Just because you spent your last 5K on a Leica Q doesn't mean you're making photographs that are of interest to anyone, or that are going to stand the test of time - despite the number of "likes" you can garner from friends, and the village idiot. Many readers will hiss and spit at me for writing this article. That is the nature of the genre it seems. Oh, and do let me add that I don't consider myself, or my own work, to be exempt from this predicament. Regardless of how you feel about what I've written, mark my words, someday soon we will all wake up and have to acknowledge the fact that, just like the emperor, much of what we call street photography indeed has no clothes.

Michael Ernest Sweet is a New York-based Canadian writer and photographer. He is the author of two street photography monographs, The Human Fragment and Michael Sweet's Coney Island. Follow him on Facebook, Twitter, or through his website.